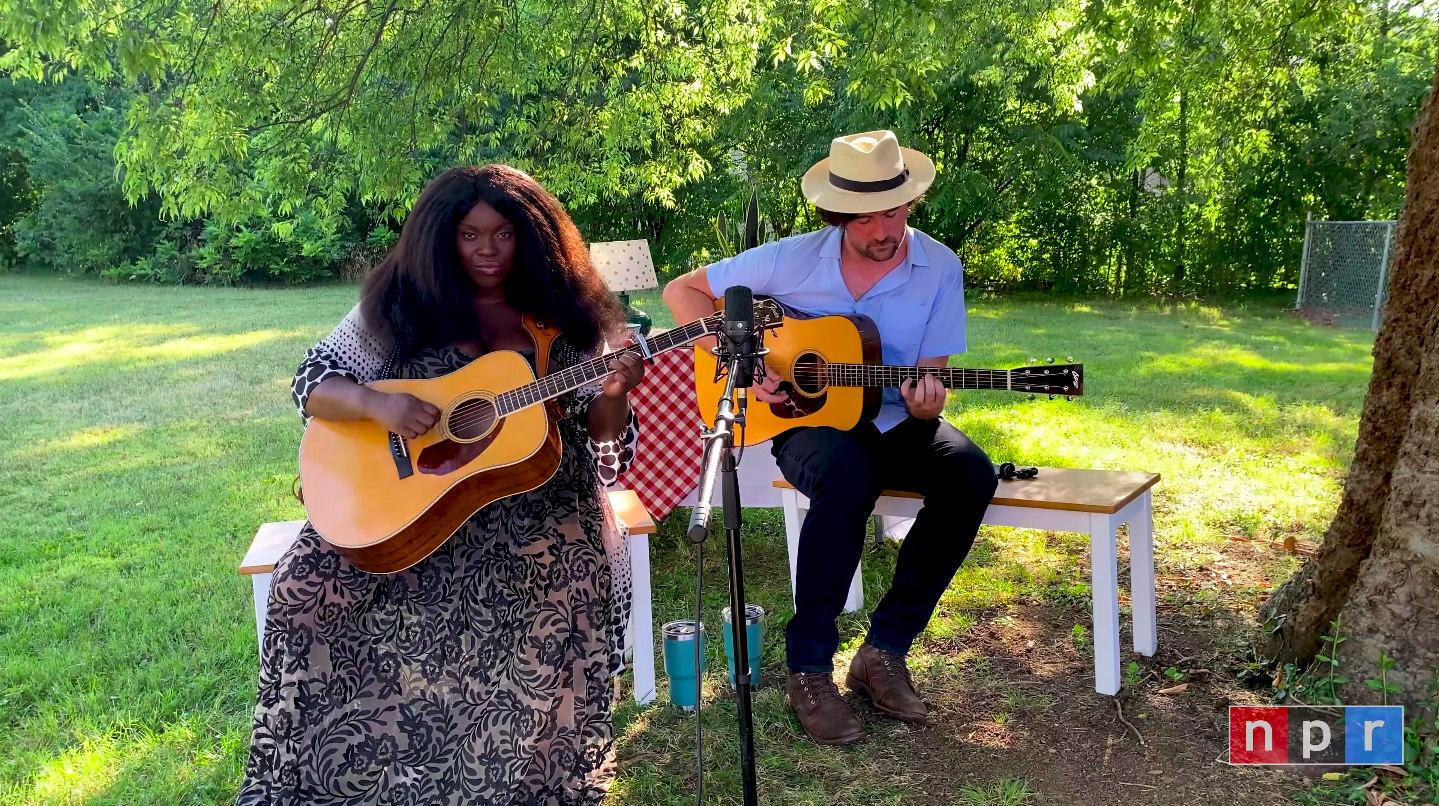 Taking NPR’s Tiny Desk (Home) Concert series to the socially distanced outdoors, much-loved artist Yola offers outstanding acoustic versions of three songs from her breakout album, Walk Through Fire, as well as a song from her debut EP. The Bristol-born (that’s Bristol, England) singer-songwriter is as vivacious as ever, yet the outdoor setting of her home concert channels a different, more personal presentation. Yola accompanies herself on guitar, joined by gifted guitarist Jordan Tice (also a member of the band Hawktail). There’s not much one can do to strip down the power and energy of Yola’s songs, but the two paint the them in a somewhat gentler light.

The second song on the docket is from Yola’s 2016 EP, and in the song’s introduction, she describes the newfound relevance of the song in light of the ever-growing Black Lives Matter movement and our nation’s struggles with the global pandemic. The song, titled “Dead and Gone,” speaks on the impossible struggle that she has felt as a Black woman in a world wrought with racism and sexism. Yola’s delivery is a powerful statement on pretense, one that needs to be heard now more than ever. Watch the full Tiny Desk Home Concert here.