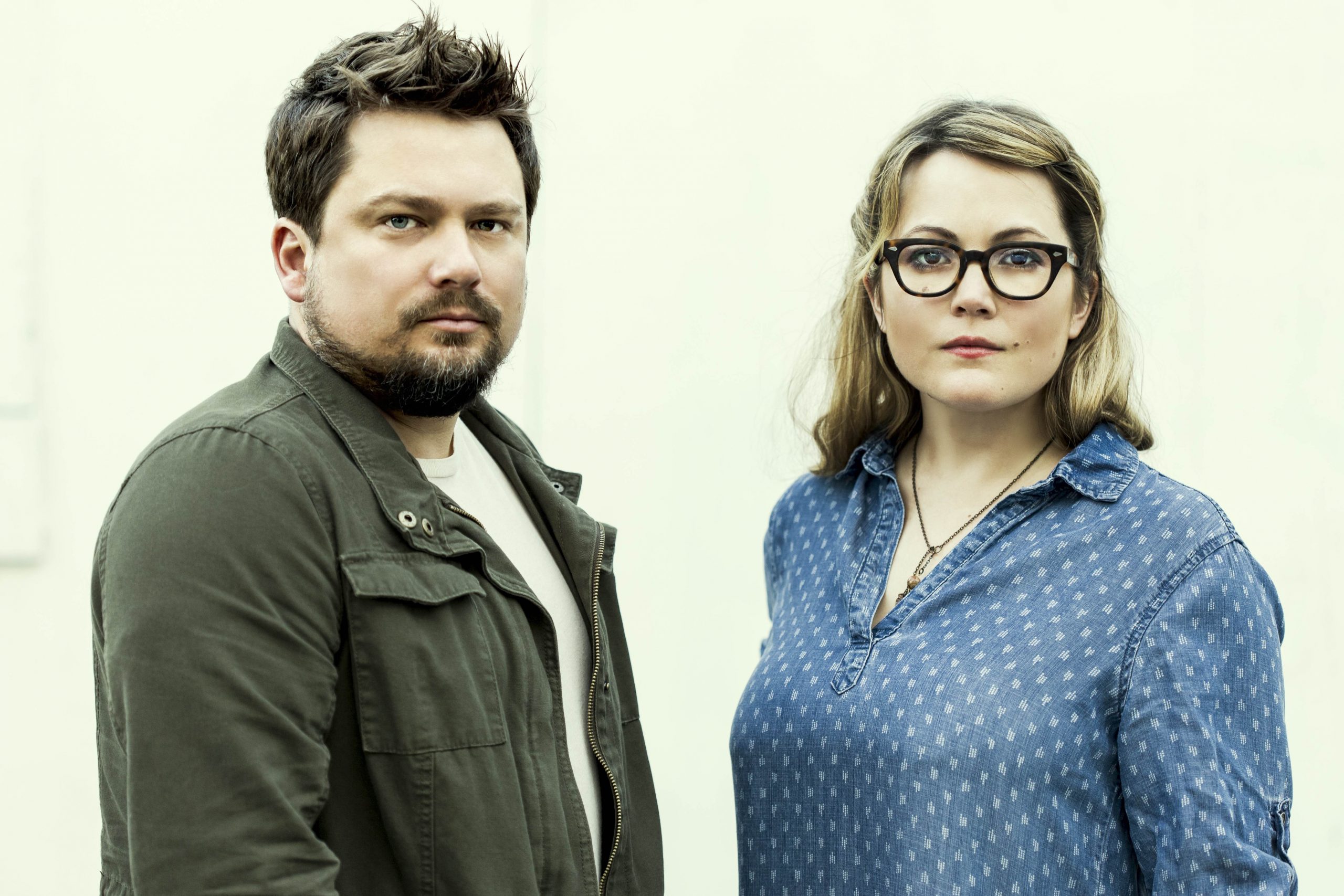 Sean and Sara Watkins first gained a whole bunch of attention when Nickel Creek — their trio with Chris Thile — took to the bluegrass circuit in the 1990s and, eventually, caught Alison Krauss's ear. Their highly successful run lasted until 2007 and made them a lot of friends and fans along the way. Somewhere around 2002, the Watkins siblings gathered up some of those friends they'd collected and started a monthly variety show at Largo in Los Angeles. They dubbed it the Watkins Family Hour and, this summer, they decided to take the show into the studio and on the road … including a recent stop at the Newport Folk Festival. Below, Sean Watkins dishes on WFH's future, the Los Angeles folk scene and famous friends.

As the music business hurtles toward an unknown future, you guys have gone back to revive the lost art of the variety show. Have you found over the years you've been doing it that people are hungry for that simpler presentation and that communal vibe it brings?

Yeah. Yeah. I grew up playing bluegrass in San Diego — my sister and I. One of the things that really got us started and helped us learn was a weekly show that was at a pizza place. We always tell this story with regard to Nickel Creek because it's kind of how we started Nickel Creek. But, looking back, I realize that these weekly shows were a core band and people would step in and be guests. It was very casual. I look back and see a line between that and what we're doing now.

We started doing the Watkins Family Hour because we found ourselves in the middle of a really cool scene that revolved around a club called Largo in Los Angeles. We met some really great people, great musicians. Found a lot of people who just wanted to play — amazing musicians and session people who would cost thousands of dollars to play on your record just wanted to go out and play for fun in the evenings. We started meeting these people and gathering new friends. The owner of that club [Marc Flanagan] gave us the opportunity to start a monthly show. It was his idea. He just said, “Why don't you guys just have fun, try out new songs, do covers, have guests?” So we did. And it's just been really fun. Especially in a town like L.A., it's kind of a nice change. It's something different from the usual day-to-day stuff. I think it's relatively unique. We certainly have a lot of fun doing it.

I used to live in L.A. and booked clubs, so I know Flanny from way back. And he's always been supportive, brought people together, and had those cool scenes happening. But it was interesting to see him step out into this world, musically. It's a little bit different from the stuff he's pursued in the past.

He grew up in Ireland and is very familiar with that traditional music. And the music that we grew up playing has its roots in that, so I think he could get into it through that. But he really loves all kinds of music. If he feels it's good, it doesn't really matter what it actually sounds like.

Yeah, was it surprising to you guys to find such a welcoming audience in L.A.?

I don't know. We just stumbled into it. It was really great right off the bat. I didn't really have any expectations. I guess I was pleasantly surprised to find so many musicians — like Benmont Tench and Greg Liesz who are regulars in the band — so many people like that who just want to get out and play. In a big, huge, challenging city like Los Angeles, that can really make things a lot more warm. And it did.

I'd think, too, that the Largo audience-at-large trusts Flanny's taste and curation based on what he's always done.

Exactly. Yeah. There's a certain trust there. People go to see shows just because someone's playing there, not having heard them before. 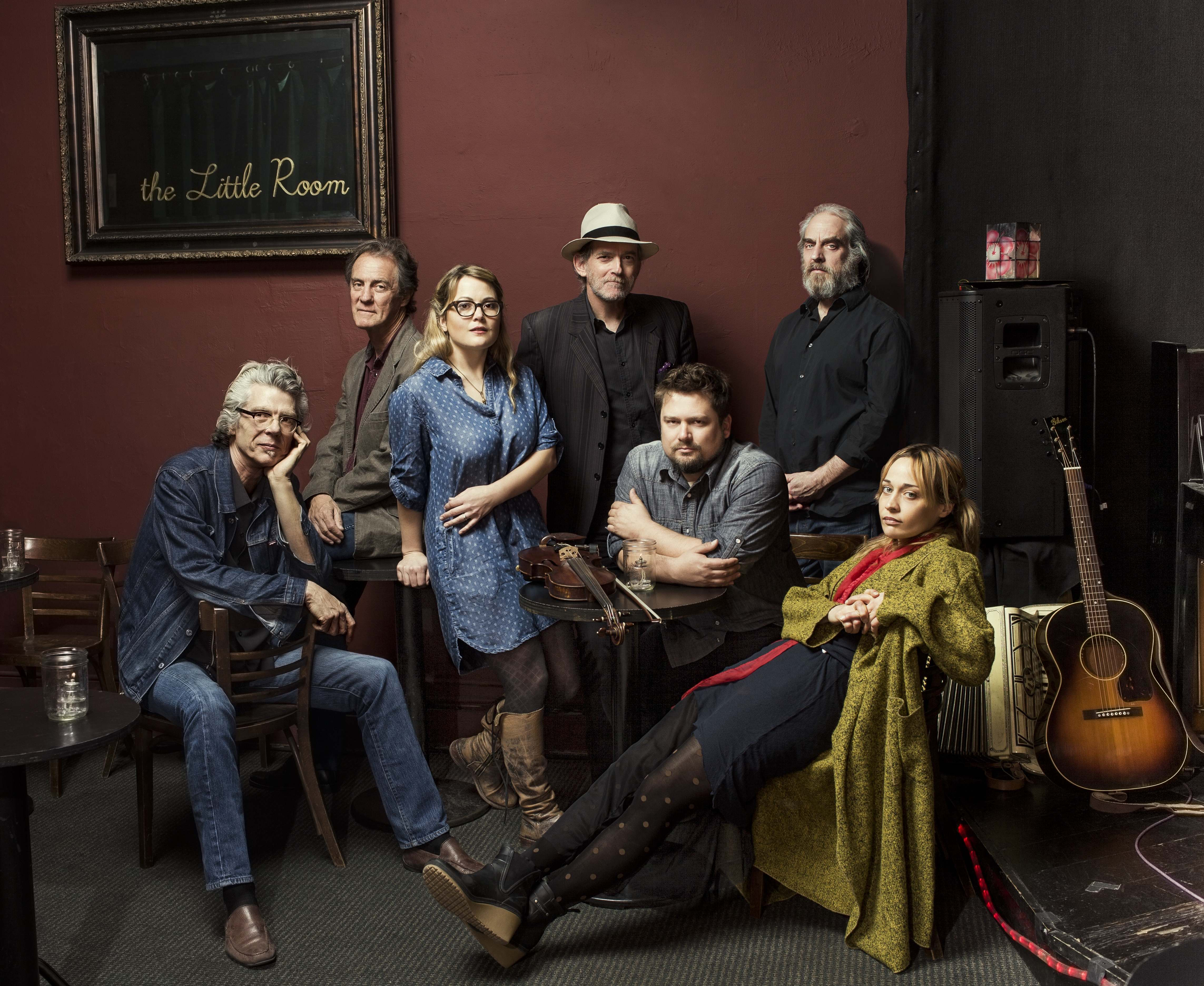 You guys have had all sorts of folks on the show over the years. Who's been your favorite guest? Or maybe your favorite story would be more diplomatic.

There are so many. There have been a lot of nights when I looked around on stage and I couldn't believe that particular combination of musicians was there. People from all different backgrounds, from all different parts of my life. People I don't know. People I just met. That kind of thing happens a lot.

There was one night, in particular, at the old Largo on Fairfax … a lot of people were in town and a bunch of people showed up. On stage at one time were Benmont, Greg Leisz, David Rawlings playing electric guitar, Jim Keltner playing drums, and John Paul Jones playing bass. It was just ridiculous. I think Fiona Apple was there, too. It was a crazy band. Jon Brion was there, too.

There was one moment when I think we all … one night when Booker T. came down. He actually came to rehearsal, too, and we learned a couple songs. It was just amazing, the level of respect. Everybody in the band, you could tell they respected him and they listened to him, paid attention. It was like school. It was amazing. He's very gracious. And also very demanding. He has an amazing presence. Everyone was bringing their A game. He sang “Knockin' on Heaven's Door” — the Dylan tune.

It's so wonderful that all these amazing players just want to get out and have fun. We recently ran an interview with Rickie Lee Jones where she said that once she got famous, no one wanted to play with her for fun. They wanted to get paid or they want something from her. That was her experience in L.A. and New York, so it's really cool to see those guys coming out for the hell of it.

I think we've been doing the show long enough to where they've heard that we're not crazy and we're okay. The guys in the band have been around so long that, if people don't know Sara and me, they'll know them. And know that, if they are a part of something, it's probably okay. So we've been able to benefit from their personal clout over the years.

On the upcoming tour, you guys are playing multiple nights in a lot of the cities. Was that a product of audience or artist demand? Who wanted you more?

It was the initial idea that I had and mulled it over with Sara, to go to a few towns, pick a smaller venue, and set up camp there for a few days. We were having a conversation with Fiona Apple and she was saying she wanted to get out and play. She said, “Anything you guys want to do. If you want to do something, let me know.” So we thought, “Why don't we do some Family Hour shows? Just pick a few towns.” Initially, we thought we'd do New York, Nashville, Chicago, and San Francisco. We decided we'd book one or two shows and, if it sold out, we'd try to get a third. That happened in a couple cities and we added a bunch more dates just because it seemed like it was going to be fun and people seemed to respond in an encouraging way. It turned into a proper tour.

With the kind of talent that you guys all have, you could really do some creative arrangements, but you don't re-work the songs all that much. They stay pretty true to the originals. I mean, “Going Going Gone” still sounds like a Dylan tune even in your voice.

When we made the record, we did it in two-and-a-half days. We did it when we weren't even planning a tour. We weren't even planning to release it. We just had a friend who had a studio and he basically said, “Come on over and record. It'd be good to have this even just for you guys.” So we did. We just did covers. We didn't have any plan. We just showed up and said, “How about this song?” I think we started with “Not in Nottingham.” So we had that in the can and then, a few months later, we had the idea to do the tour. It worked out nicely that we had the record.

But, yeah, the record is … I like hearing what these guys do within the context of a simple song. And that's how they work best. That's how the Family Hour is. We don't really sit down and get crazy with the arrangements. It's more about being in the moment and listening to each other. Everybody's also in bands where they have to play these arrangements and they have to really be in a different headspace. This is a nice change from that.

Right. And, with such a wide array of songwriters are covered on the record … maybe there isn't a process for picking. Is it just that somebody says, “Hey, let's do 'Steal Your Heart Away,'” and boom?

Yeah. We've got good relationships with each other. If someone suggests a song, usually it works. That one was on a mixtape that David Garza gave us years ago. We just thought it was a cool song and the band thought it was great, too. You can tell when people aren't into a song. It won't have the enthusiasm. But we know the general idea of what we like in a song, so it's usually okay.

“Brokedown Palace” must be taking on a new bittersweetness after the recent Dead shows.

It's funny that we had that released right around the time that the shows were happening. It's just a really great song. That one, in particular, is so fun to play with that group of musicians. It's really fun.

Since Thile isn't a Watkins, he had to go and get himself that Prairie Home gig. Can we expect any sort of collaborations between the two projects?