We Had Ourselves a Situation… 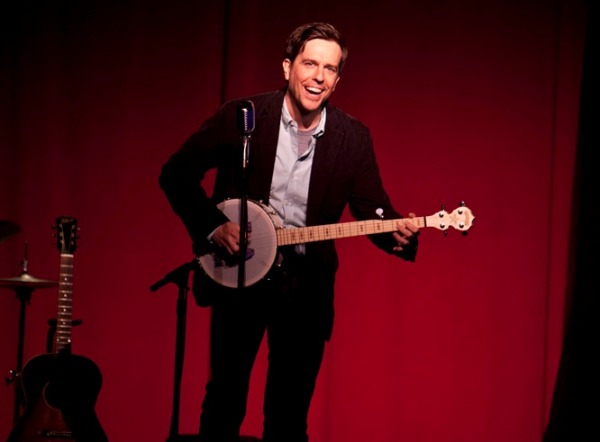 This past Thursday through Sunday, May 3 – 6, the best in bluegrass, folk, roots and Americana gathered in Los Angeles, first at Largo on La Cienega, then amongst the trees of the Santa Monica mountains above the city at Tree People’s Mulholland/Coldwater park.

With the recent launch of the new site, things were already in a rather surreal state.  The site response alone has been overwhelming (not to mention all the great coverage via Ed’s Funny or Die video or the multiple articles that have been popping up).  But this weekend took things to another level.

Thursday night kicked things off with Sean and Sara Watkins, plus friends like Tom Brosseau, Willie Watson, Chris Thile, and others, after which John C Reilly did a special performance of An American Song Cycle with some of his own friends, and even featured LA-based old-time wunderkind Frank Fairfield.

Friday launched with Ed’s band The Lonesome Trio, featuring Jacob Tilove on mandolin and Ian Riggs on bass…. The Whiskey Sour Radio Hour was a true variety show, in the vein of a cracked out Prairie Home Companion, with appearances by Nick Kroll, Jenny Slate, Will Forte, and one incredible sketch involving New Yorker cartoonist Matt Diffee, the Punch Brothers, and Critter Eldridge doing his best hardcore rap.  The late show featured Chris, Noam, Critter, Gabe and Paul tearing up the stage, including rousing tributes to both Levon Helm and Earl Scruggs to round out the night.

Next, the Steep Canyon Rangers joined, along with the one and only Steve Martin on Saturday night.  I would say it’s hard to believe I was seeing the SCR guys only a few years back at The Cave in Chapel Hill, playing to a small but devoted crowd, and yet it’s not that hard to believe at all because they’re so damn good.

And as if anything could possibly top all of that, Sunday was a magical night under the stars, with acts from the three previous nights brought together on an outdoor stage, jamming to Foggy Mountain Breakdown for an encore.

To call it a Situation doesn’t even begin to cover it.

Since then, it’s been all about recovering, catching up on sleep (ha!), and getting back to work (be patient, we’ll have a brand new, updated cal available very soon).

If you were able to join us for the festival, I want to hear all about your favorite parts and any other comments you might have.  If you weren’t, well, we’re just getting started, and if this weekend was any indication, we’re on to something BIG, with plenty in store for you to join us next year.  I can’t wait.