With Honesty and Humor, JP Harris Relives a Rough Time 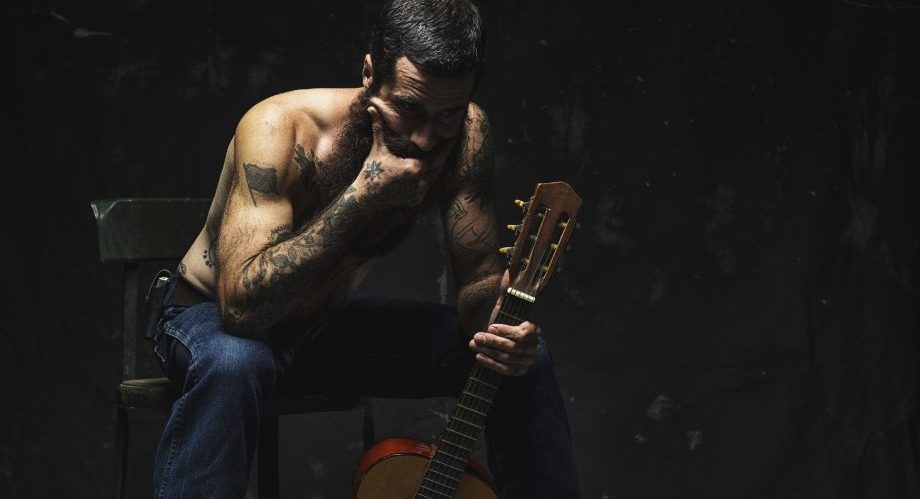 On the day he released his latest album, Some Dogs Bark at Nothing, Harris took to Instagram with a meaningful post about what it’s really like to put your life out there as a songwriter. He accompanied it with a rendering of Mickey Mouse flipping the bird, a comic reflection of his own feelings about “worry, hard times, notions of ‘success,’ bad reviews and musical criticisms,” among other things.

But in a reference to the actual songs, Harris wasn’t so cavalier. He added, “They are yours now. To love, to hate, to relate to, to be repulsed by, whatever you feel they do not belong solely to me any longer. And that is very scary, as I now must relive these tales I’ve kept hidden these four years, night after night, in hopes that my own recitation helps me heal, learn, and maybe even help someone else.”

That transparency doesn’t shield heavy topics, such as his past drug use, even when those misadventures are wrapped up in a free-wheeling tune like “JP’s Florida Blues #1.” With its ‘70s swagger, the track sounds like something Jerry Reed would have cut if he were prone to singing songs about “seeking inspiration through my nose.”

“I feel like it can be really hard for people who’ve never either dealt with addiction or been close to someone — kind of truly understood someone — who’s dealt with addiction, to get why making light of a bad situation can be so funny or helpful,” he says. “And for me it’s really cathartic to look back. For years, I didn’t want to talk about it. There was a little bit of… more than a little… just ashamed of a stretch in my life when I was living really bad and real close to going hard off the rails. And now I can look back on it, and I pulled myself out of it, and I can laugh about it.”

Although he cuts an intimidating figure – tall and muscular with a long, thick beard and innumerable tattoos – Harris is remarkably easy to talk to, even when he’s wary about saying too much. “I try not to overshare about my personal life in any regard to people I don’t know well in person, or on the internet, or any other way. But no matter what you do, you gotta go out and relive all of those moments,” he believes. “You can suddenly feel the tears well up, and you’re like, ‘Okay, this isn’t gonna go that well. I need to think about baby bunnies,’ or just try and do what I can to disconnect emotionally from this story I’m telling.”

However, he will reveal that the raucous song “Hard Road” came to him literally in a fever dream. While he was in New York for a couple of gigs, an ugly illness nearly knocked him out of commission. “I was having to chug half a bottle of DayQuil to get through the gigs every night, and then spent the whole day sweating and feeling horrible in this wee little Airbnb apartment shithole in Brooklyn. And in the middle of the night, I sat bolt upright and had the melody of that song, and even a big chunk of the words. I pulled this little lamp over and turned it on, found a piece of paper, and started writing the words down.”

He adds, “That whole song is not only, again, a sort of hilarious recounting of some ill-behaved adults that I’ve known in my years, but it’s also my own incredibly subtle way to nod at a bunch of old country and blues songs. The buried references in that whole song are probably going to fly over 99 percent of the fans’ heads. Anyone who’s incredibly well-versed on the music of the 1940s and earlier is probably going to pick up on a lot of it. But there’s a nod to an old prison work song in one verse; there’s a nod to a Leadbelly song in another one. There’s a whole bunch of little winks and nods in there.”

Asked how his interest in old-time music originated, Harris explains that he lived in a remote cabin in Vermont for 11 or 12 years, with no electricity and no road access for six months of the year. For his water supply, he dug his own spring. And to get by, he was fixing up old barns, logging in the woods, and working as a farmhand. Being able to play music without electricity was essential – and although he’d played in punk bands as a teenager, he found himself in his 20s gravitating toward traditional Appalachian old-time music.

“Old-time music is much more about the fiddle tunes and the syncopation and the sound and the melody,” Harris believes. “And a lot of those old fiddle tunes don’t have any words, and if they do, it’s like one refrain that the fiddler will randomly yell out in the middle of the tune, but there’s no real words to it. They’re just tunes, it’s for dancing.”

A three-month winter tour playing with a string band proved to be a turning point. Harris says, “I got home from that tour, and I realized that [old-time music] was sacred to me in this way that I had almost ruined by trying to make a living out of it. By trying to make it more palatable to people, trying to take it into bars, and get people to pay attention. And I had started listening more and more to country music from the late ‘50s up through the ‘60s, and I realized that it was next to impossible to go see a real, old-school country band out on the road anymore. … In terms of young folks playing fairly traditional music and out on the road touring, like road-dogging it, there are very few people doing it. And it was next to impossible for me to go see a show, and it was like, ‘Well, fuck it, I’m gonna start a country band.’”

That decision prompted him to focus for the first time on writing his own songs. Considering his unconventional upbringing, he had plenty of stories to inspire him. Harris spent his earliest years in Montgomery, Alabama, before his family moved to California when he was nearly 7 years old. He remembers, “My dad worked in heavy construction, so we ended up out in the high desert for a couple of years. We moved to Las Vegas for about five or six years after that, and then that’s where I eventually split from. So I grew up in this weird mix of two worlds–a super-Southern family, but then lived in this burnt-out, high desert tiny town in California for a few years. … And then dumped into this run-down part of Las Vegas that had been a suburb in the ‘60s and now was just a run-down neighborhood on the edge of the suburbs.”

Harris declines to go into specifics about why he skipped town. (“I’ll just say it was time for me to get going, and I felt like I had some other things to go do in the world besides live out the rest of my teenage years normally.”) Roughly from the ages of 14 through 19, he hopped trains – a pastime he describes in detail on the album’s closing track, “Jimmy’s Dead and Gone.”

Harris, who moved to Nashville in 2011, says he wrote it after being fed up with other bands creating what he calls “nearly fictionalized backstories.” He admits, “I finally was like, ‘You know what? I’ve done my best to try not to brag about all this weird shit I’ve done in my past, but I need to set some records straight with a song.’ It’s a little bit of a wink and a little bit of a rib jab at everybody writing train songs.”

Not every track on Some Dogs Bark at Nothing – which was produced by Old Crow Medicine Show’s Morgan Jahnig – is quite so confrontational. The title track is a rueful number about the inevitability of messing things up, while “When I Quit Drinking” and “I Only Drink Alone” show that Harris’ memorable Instagram handle is indeed accurate: @ilovehonkytonk.

“I’m not a very prolific songwriter,” Harris confesses. “People sit down and make time to do it in these very specific windows and formatted ways, which is really admirable, but I’m for shit trying to do it that way. They pop into my brain, I write them. Sometimes I don’t write a song for six months and it’s terrifying. I think I lost my mojo and then all of a sudden in a month I write three songs that are killer. And I realized that like everything else in life, my songwriting creativity comes and goes in waves, and art’s just not predictable, and I know that I’ll be able to keep writing records indefinitely. I’ve quit being so afraid of it.”