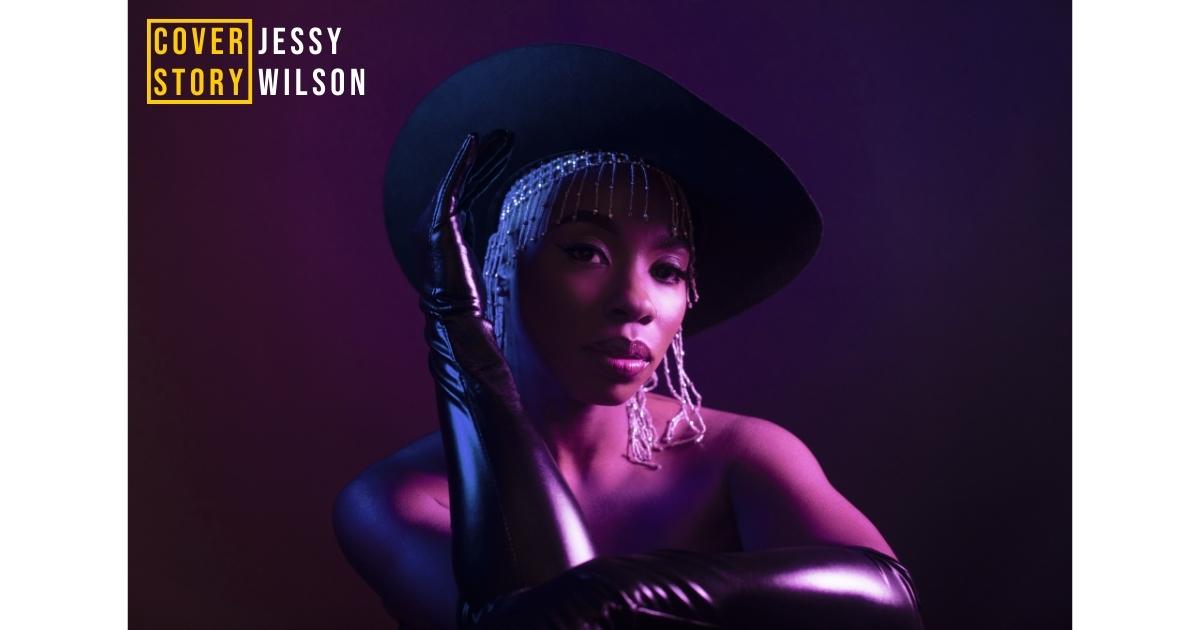 Such words as eclectic, diverse or versatile are hardly adequate to describe the scope and mastery of singer-songwriter Jessy Wilson’s talents. Her career background ranges from singing in Off-Broadway productions and being a backup vocalist for John Legend and Alicia Keys, to receiving her first-ever Grammy nomination in late 2022 for co-writing “Keep Rising (The Woman King),” which she recorded for the closing credits of the film The Woman King.

That versatility as a performer is also reflected in the creative fire and energy that’s led to Wilson getting involved with sculpture and visual art, doing some acting, and in general displaying such a broad and wide-ranging approach that she’s sometimes encountered difficulty in an industry most comfortable with categorization.

“Well, no one knows for sure what might or might not hamper or restrict them starting out, or in terms of their career evolution,” Wilson tells the Bluegrass Situation. “I recognize that in terms of marketing, yes, there’s a tendency towards wanting artists who do fit into whatever category they feel might be commercially strongest. But for myself, what drives me as an artist is the creative process, and the thrill that I get from different songs, from different experiences, from different kinds of music. I can’t let myself worry about the whole issue of categorization, and it’s not really something that’s ever concerned me.”

Wilson grew up in Brooklyn hearing the sounds of classic soul and early hip-hop. After moving to Nashville in 2013, she became enchanted with the sounds of the South: more soul, as well as gospel, blues, and country. Wilson soon began attracting national attention while part of the duo Muddy Magnolias. A standout performance at the 2014 CMA Music Festival got widespread praise and coverage from Rolling Stone. The group was later signed by Third Generation Records and released the album Broken People in 2016, but what looked like a promising path didn’t materialize as the duo subsequently disbanded. After a period that included living in East Nashville and working in the industry via a publishing deal, Wilson’s now enjoying a breakout period as a recording artist.

A key indicator of that success is the Grammy nomination, shared with featured guest Angélique Kidjo, in the category of Best Song Written for Visual Media. Wilson wrote “Keep Rising” after the miscarriage of her son. The unreleased track found its way to the filmmakers behind The Woman King, the outstanding historical drama starring Viola Davis and directed by Gina-Prince Bythewood. “The producers had heard a demo of the song and really loved it,” Wilson explained. “Gina Prince-Bythewood personally asked me about getting the song in the film. We made some changes and additions, finished it, gave it to them, and I guess you can say the rest is history.”

In addition to the Grammy nomination, Wilson is still riding the wave of critical adulation from her 2019 LP Phase, which was recorded with and produced by ace Black Keys drummer Patrick Carney. “That experience working with Patrick is by far the best I’ve ever had in terms of songwriting, putting together a record and really putting my voice forward in the best way,” Wilson continued. “At first we just would kind of go over things and try out a couple of items, but towards the end we were working on the album every day. It was concentrated, intense and very productive. I’m really happy with how it turned out and I think it’s the best and most complete release I’ve done to date.”

Phase‘s lead single was “Love & Sophistication,” a lyrically intriguing tune that was released along with a lyric video spiced with French captions. While the simplistic way to assess it was as a straightforward love song, it was indeed a smarter work. Combining a vintage R&B track with a shimmering and expressive lead vocal, it provided a strong introduction for the overall LP.

Conceptually, much of the material leans heavily toward autobiographical reflection, though certainly Wilson demonstrates on such tunes as “Cold in the South” a fiery, defiant and blistering sensibility in discussing exactly what type of experiences a Black woman might encounter on any particular occasion or evening in that region. Still, the lyrical tone is mostly upbeat, with such numbers as “LZ Night” or “waiting on…” narrating the ongoing quest fueled by her multiple creative inspirations. There is also a sensual side to her sound, which is brilliantly displayed with the sizzling number “Oh Baby.”

Jessy Wilson’s had a number of amazing collaborative experiences, many of which she credits to her time with John Legend. “He was such an important person in my life and in my artistic development,” Wilson added. “I learned so much from watching him on stage, watching him in the studio, writing with him. He allowed me maximum freedom and gave the chance to really find my way and find my voice. He was not only a mentor but a great friend and influence.”

She directly links two other memorable stints to that period. These were writing songs with a pair of distinctly different performers: Faith Hill and Kanye West. “Both of those times it was because John Legend was kind enough to invite me into the session with him. With Faith, we bonded over our mutual love of Aretha Franklin. After the day was over she took me to her home and in her music room showed me these portraits she’d taken with Aretha. The three of us also sat around and sang Aretha tunes. With Kanye, he was remarkably creative and supportive. He didn’t focus on anything except the music. He would go around the room and ask everyone what did they think about this and that. My time spent with him was very enjoyable.”

In addition, Wilson credits working with Alicia Keys, which came shortly after her graduation from high school, as a vital ingredient in shaping her career. “I was really green when I started with Alicia,” Wilson said. “I had done some musical theater and I had once gone to Japan, but I had never really been on that kind of a world tour, been exposed to what it’s like being on a tour of that magnitude, and how a featured artist and performer handles the stage. I learned so much from my time with her.”

While the biggest upcoming date for Wilson is certainly the Grammys next month, she is eagerly looking forward to the remainder of the year. “My biggest plans are to do as many collaborations as I can this year with the people whose music has meant the most to me,” Wilson concluded. “I’ve got songs that I want to share, and I also plan to do some writing for film and television. In addition, we’re looking to move back to East Nashville this spring, so that’s another thing on the horizon. I’m really excited about this year, excited about the possibilities, and of course excited, happy and grateful about the nomination, no matter how it turns out.”