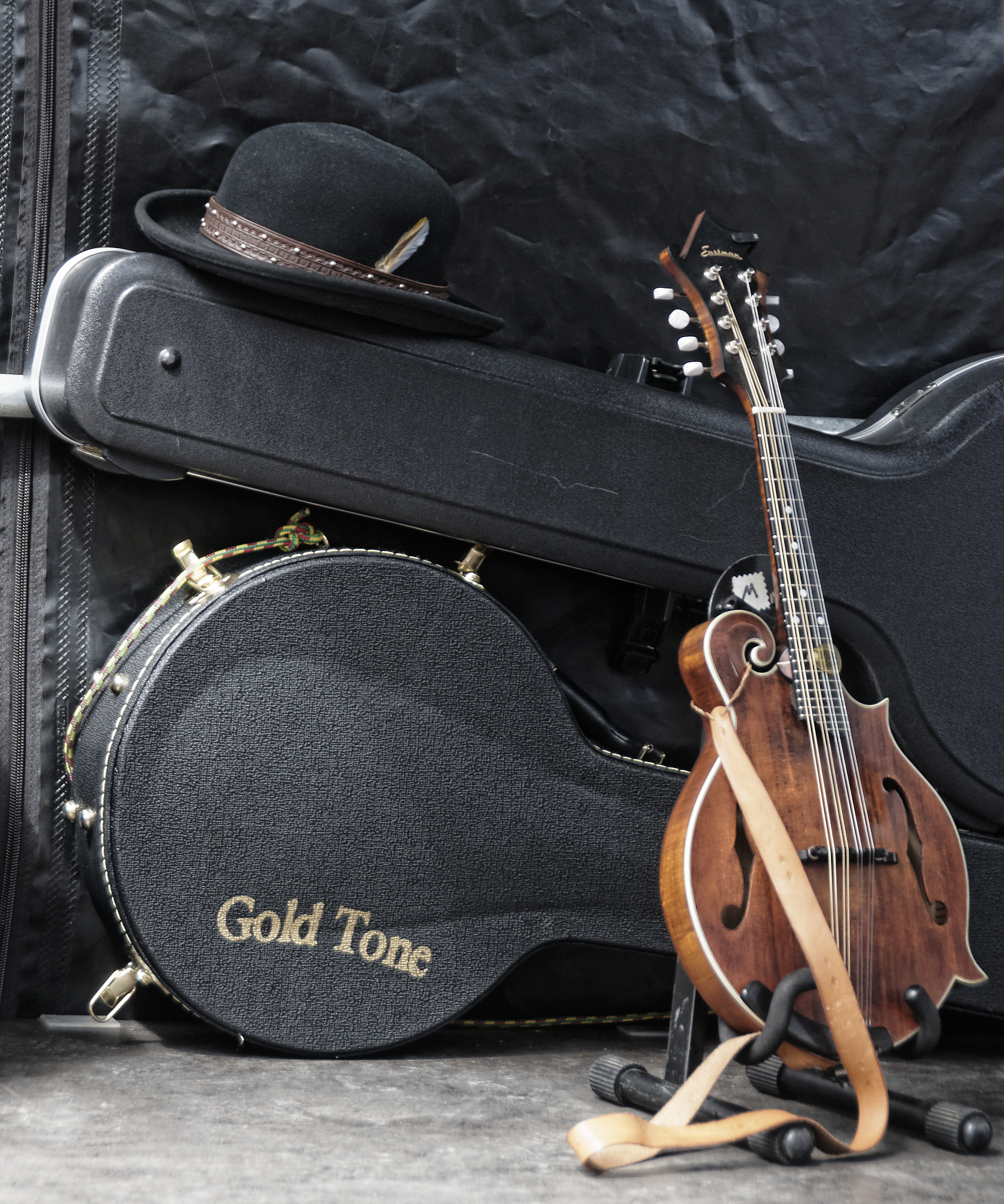 Every genre of music out there has its self-referential moments, certainly, but bluegrass accomplishes these meta masterpieces with a specificity, nostalgia, and flair that is unparalleled. It just wouldn’t be bluegrass without bluegrass songs about bluegrass. (Now if that ain’t a hook for a song …)

To start us off, this bluegrass chart smash hit is the perfect example of the bluegrass-songs-about-bluegrass phenomenon. But it isn’t just about the music; it also gets into the nitty gritty of how the music has changed since … well, Lester and Earl. Essentially, it’s the bluegrass “big tent” debate in song form!

Country Music Hall of Famer Tom T. Hall gives us a textbook example of the pure reminiscing and sentimentalism that makes these songs just so dang easy to love. Bill Monroe: an important part of a balanced breakfast.

Do you think the Steep Canyon Rangers still got those blues? Probably not. The road-dogging required of bluegrass bands will get just about anybody down, so we understand where this one is coming from. It’s just one of the many causes of the “bluegrass blues.”

Not to be outdone by bluegrass songs that are simply about the genre itself, or its founders, or an iconic song, Jerry Salley goes a step further and writes a song about a specific album that was recorded at a specific concert. Does it start with applause, like the record? Yes. Is each banjo break a reference to a different song from said show/album? Yes. Do the pickers each take turns referencing licks played by the Foggy Mountain Boys? Yes. It’s a 3:34 distillate of what ended up being an almost 70-minute double album in its final form. Bluegrass sparknotes!

The Gibson Brothers — “They Called It Music”

This may technically be a song about the music(s) that preceded bluegrass, but when you know a little about the Gibson Brothers’ approach to creating and performing, you know that this is a pure-and-simple reference to their worldview. Other people may call what they do bluegrass, but to them, it’s just music.

There’s a joke that pickers and guitarists have been making for as long as we can remember about how Black Diamond Strings were so great, they used to come pre-rusted! After a dose of Larry Cordle’s longing for the simpler times and simpler strings, it makes you miss those pre-rusted wires bad enough that you wish you hadn’t laughed. Wonder if they still make ‘em …

Donna Ulisse — “It Could Have Been the Mandolin”

Donna Ulisse conjures Bill Monroe’s mandolin wafting over the radio in a classic Cadillac on lover’s lane — it could’ve just been love, but it could have been the mandolin. Let’s be honest: We already knew that good ol’ traditional Monroe style is pretty much an aphrodisiac.

Rhonda poses an important question herein: How is anyone supposed to resist bluegrass and its intoxicating call? Oh, and heaven apparently has a bluegrass band. Our heaven definitely does. Hope yours does, too.

Thanks to Irene Kelley for straightening out one of the most perplexingly crooked traditional songs ever written … and in a beautiful, catchy, heartfelt homage. Doing meta bluegrass right.

Now, the Osborne Brothers definitely did accomplish some of the fastest bluegrass known to man (with musical integrity entirely retained … an important caveat). Interestingly though, this is not a particularly fast song. But those speedy bluegrass playin’ outlaws mentioned need to be fast to outrun the tempo sheriff and his posse! Run ‘em right outta town!

If you assumed that this style of song came long after the first generation of bluegrass, oh no, you are mistaken. Bill Monroe — the pioneer, master, father, and creator of the form — had more than one bluegrass inception song; “Heavy Traffic Ahead,” considered the first bluegrass song ever, is arguably a song about … bluegrass. So this tradition is well-entrenched in the genre for good reason. If Bill was singing about what he was doing on stage while he was doing it on stage and playing songs about tunes that quoted those tunes from the beginning, who are we to change course? Bluegrass bluegrass forever!