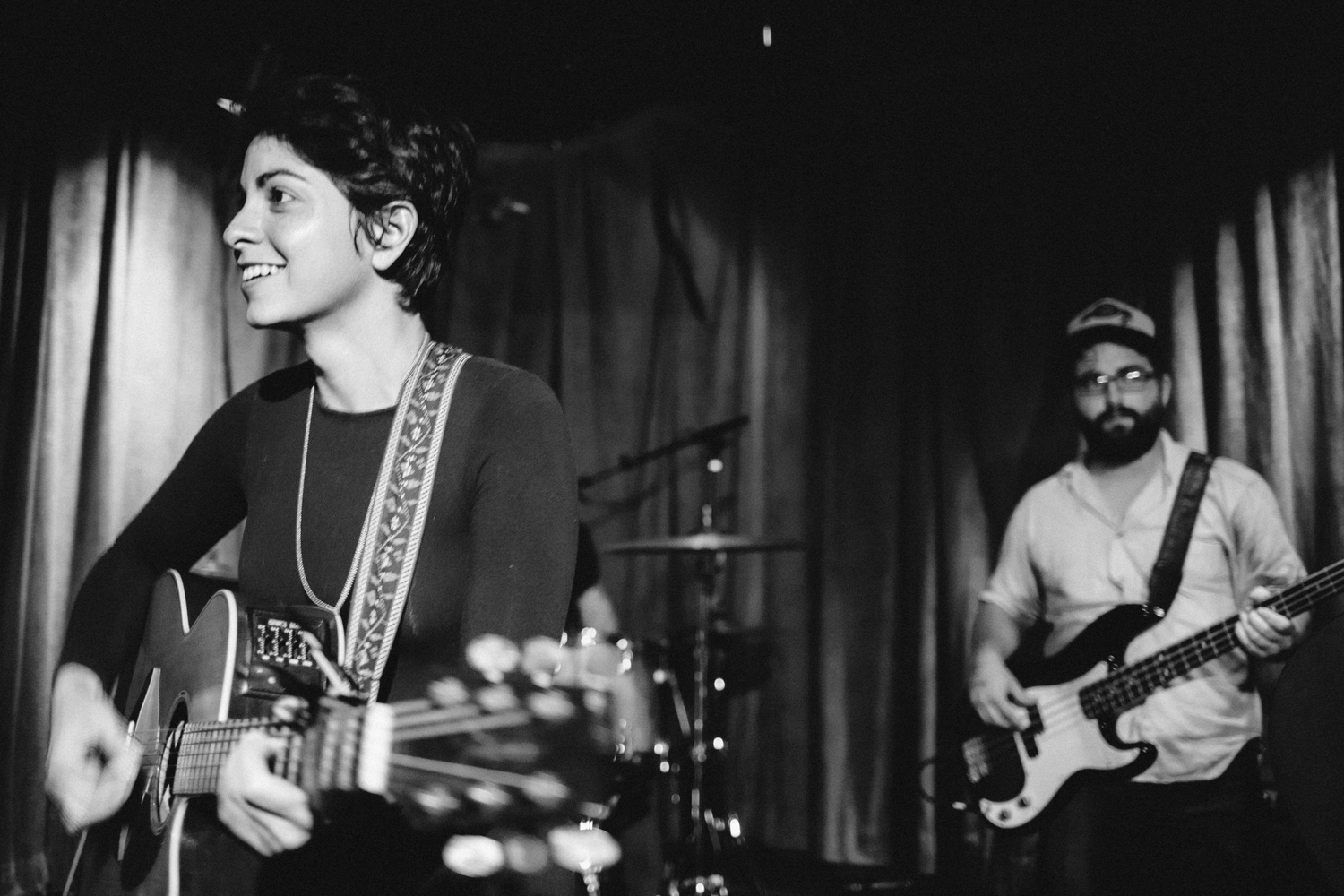 If money were no object, where would you live and what would you do?
Honestly, I would probably buy some land close to the Blue Ridge Mountains, and fix up an old farm house with a big front porch. I would let my dog Abe run free and probably get an old horse for him to be friends with. And I would write and tour from there. Okay, and you said money was not an object! I would also have a home in either Puerto Rico (where my mom is from) or Mexico, and learn Spanish and be warm in the winter time!

If your life were a movie, which songs would be on the soundtrack?
I feel like this is a really hard question because there are too many songs … but I'm going to give it a try. In no particular order:
"Razor Love" by Neil Young
"Boots of Spanish Leather" by Bob Dylan
"I Wish I Knew How it Would Feel to Be Free" by Nina Simone
"Down Along the Dixie Line" by Gillian Welch
"I'd Rather go Blind" by Etta James
"I Want You" by Bob Dylan
"Clay Pigeons" by preformed by John Prine
"Take Me Home, Country Roads" by John Denver
"Red Dirt Girl" by Emmylou Harris
"Lulla" by Tinariwen
"Sweet Wanomi" by Bill Withers
AND on and on……………..

What brand of jeans do you wear?
I have two great pairs of vintage Levi's that I love to wear. I wish I had a pair of Wranglers that fit well.

What's your go-to karaoke tune?
Eeeee! I kind of hate to karaoke!! But I love to watch!

What's your favorite season?
I love the hot Summer nights. So, I guess I am a Summer woman.

Jason Isbell or Sturgill Simpson?
Well, I think I have to say Sturgill, but respect both.