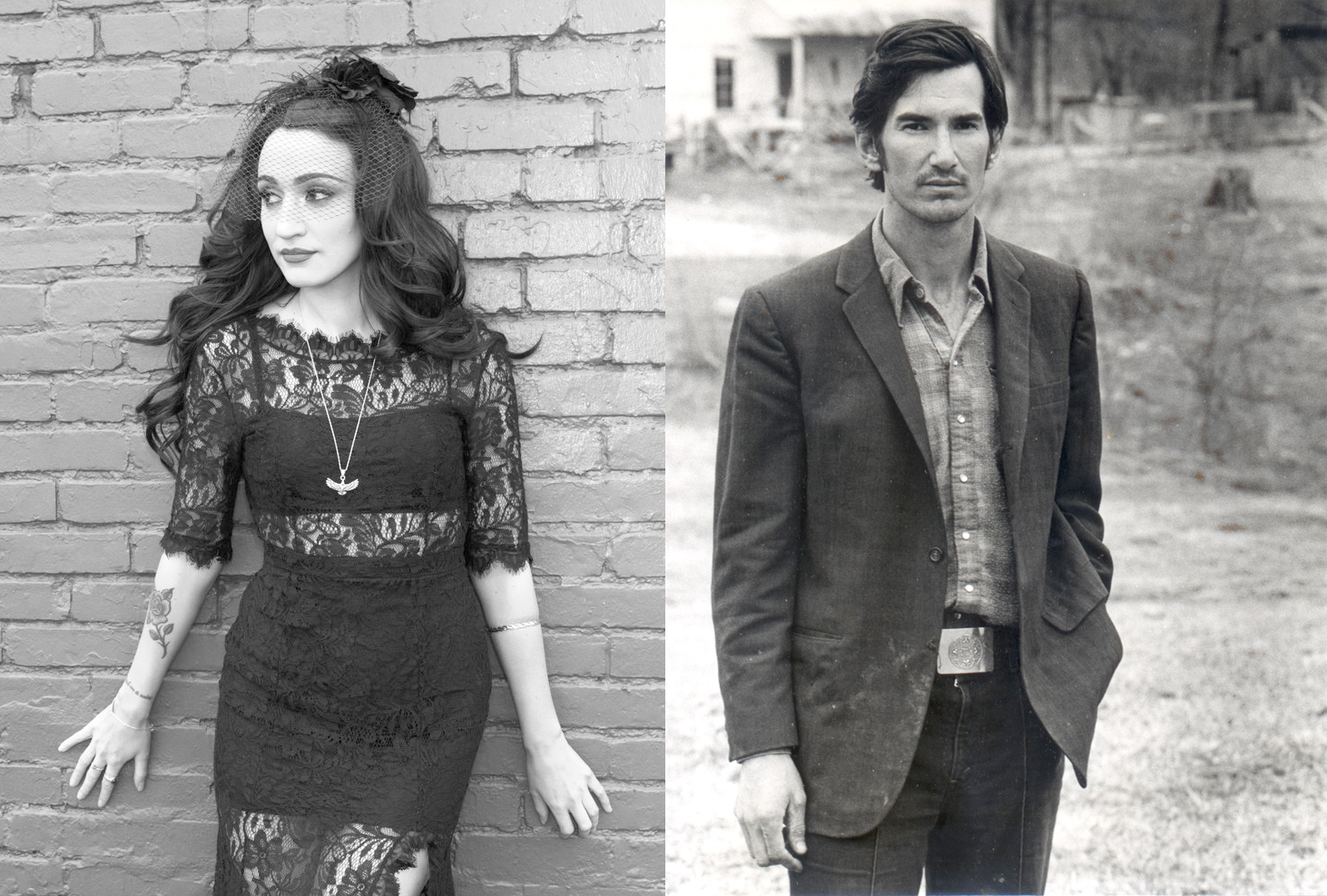 Without question, the legacy of Townes Van Zandt looms large in singer/songwriter circles. Legend has it, Van Zandt all but told Bob Dylan to shove off, when Dylan came knocking on his door wanting to write together. Townes was an immense talent who struggled with depression and substance abuse, and still managed to craft some of the most timeless songs in history. Many of those tunes became immortal while he was still around to see them do so — songs like “Pancho & Lefty,” “If I Needed You,” “Tecumseh Valley,” and more have been covered by Willie Nelson, Emmylou Harris, Lyle Lovett, Steve Earle, Nanci Griffith, Jason Isbell, and numerous others.

Another of his most-treasured and poignant compositions is “Waiting Round to Die,” which has found yet another new life in the hands of Lindi Ortega. On her latest EP, Til the Goin’ Gets Gone, Ortega folds the cover in with her originals like it was her own. She felt compelled to do so because discovering Van Zandt’s catalog broke her through a major writer’s block and reinvigorated her passion for music.

You didn’t grow up with his music, right? So what was your entry point into his catalog?

I read a lot of biographies and I just kept hearing his name. A lot of my country music heroes had mentioned him. I always thought, “What a cool name, Townes Van Zandt.” And it just stuck in my head. I figured, since a lot of my country music heroes were fans of his, I really should check him out. So, one day when I came back from a tour, I decided to listen to his catalog and, you know how it is when you discover music that you hadn’t known about and there’s a whole well of it to listen to. It was a really incredible experience. I fell in love with his music and his songs and his guitar playing.

There’s so much in his too-short life to latch onto.

Were there aspects of his life that drew you in or was it all about the music for you?

It was really more about the music. That was my definitely my entry point, listening to the words of his songs. His lyrics, specifically, spoke to me. I did watch the documentary, Be Here to Love Me, which I found so sad. I’m sure a lot of that internal darkness resonates in his words and music. And I write a lot of songs that are rather dark and lonely and sad, too, so I guess I felt like I related, in some way. But I’m sure I’ll never understand the demons that he had to deal with in his mind. But, I guess the idea is that songs that come from dark places, all of us humans go through moments that are dark and test us. I think we can all relate to songs in that way. Maybe some of us choose not to go there, but I think we can all relate.

You got a gift from him, in a way, right? Because you were ready to walk away and then you thought, “Maybe I have some more in me.”

Yeah. Definitely. I was going through writer’s block and he became a huge inspiration, songwriting-wise, to challenge myself to be a better songwriter and write more story-like songs. That sort of re-invigorated my love for writing music, in some funny way.

You did “Waiting Round to Die” on your new EP. I hear that and “Til the Goin’ Gets Gone” as sibling songs, or cousins, maybe. Do you hear that?

Absolutely. That’s why I chose to do that particular song as a cover. I was grabbling between that one and “Rake,” because I really like that song, too. But I felt exactly like what you said, that it was a sister song to the song I’d written, so it made sense to put that song on the record. I knew it was going to take the little EP to a very dark space, but … [Laughs]

I mean, it’s a dark, sad song. The lyrics are very dark. There’s no denying that, so there’s no point in me trying to make it anything other than that. [Laughs] I did: I made a very dark and sad EP, but that’s what I needed to do, at the time. I feel like there are moments for that.

In this day and age, I feel a lot of music is kind of escapist. I feel like the general population in pop music and pop-country, people are trying to escape all the horrible things that are happening in the world and all the dark things that may be happening in their own lives. I get the sense that people want to get out and party, so it’s more like a party music thing that’s happening and not very many people are into this whole idea of embracing dark, sad songs.

But I feel like they are still necessary and people still need them in life because, for me, one of the first dark songs I heard was “I’m So Lonesome I Could Cry” by Hank Williams. When I heard that, it wasn’t like, “Oh, God. Here’s a depressing song!” It was, “Oh, wow. Somebody else feels that same loneliness I feel.” And I felt like I wasn’t alone in my loneliness. That’s why I continue to write songs like that. And I just went there with this EP. It was necessary. I was going through a moment when I was questioning whether I could go on, musically, and I didn’t think I would. I felt sad and disappointed and a little bit devastated, so that’s what came out.

As you just said, the artist’s life is hard enough on its own, then you tack on battles with bipolar disorder and substance abuse with Townes. Was there a lesson or something you found, going into his work, that made you feel you didn’t have it so bad?

For sure. And that’s with a number of musicians I look up to and love who battled with substance abuse problems and depression. I think I read an article once that said creative people often suffer from things like panic attacks and depression and anxiety disorders. For some reason, it seems to go hand-in-hand with people who make beautiful art. Then there’s this whole other side where a lot of people are suffering greatly, but the upside is that we get beautiful songs or beautiful paintings. They help us understand life and the human condition.

So, yeah, it’s really sad to learn about his life and of course there are lessons … I don’t want to have my life end faster than it should. It sort of, in some ways, helps me understand that I need to really appreciate what I do have. There are things I don’t have that might cause me some sadness, but there are a lot of things I do have that I need to appreciate and feel happy about. So it helps me to do that. Some people have a hard time getting to those places because their brains just won’t let them. I’m just so grateful that an artist like Townes Van Zandt, with all of his internal issues, was able to create all of the music that he did. And it’s legendary and classic and will be with us forever. If there’s a ray of light in a sad story, that’s definitely it.