3×3: Darlingside on the Chicago Bulls, ’90s Gospel, and a Curious Pre-Occupation with Ryan Gosling 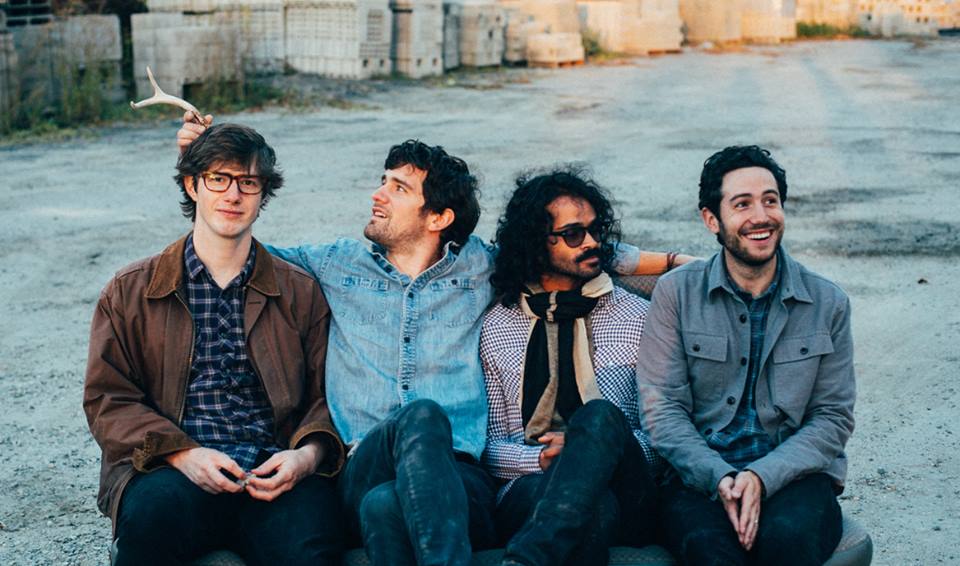 Don's cardigan may be a little TOO well-matched with the decor here in #NewMexico. all sold-out at the @kimotheatre in Albuquerque tonight w/ @pattygmusic…only 3 more shows together nooooo

Who is the most surprising artist in current rotation on your iTunes/Spotify?
I grew up listening to a lot of a cappella music, some of which was Christian gospel music. I'm not religious at all, but there are a number of those gospel songs that are still in my rotation. Two gospel groups from the late '90s, Rescue and Acappella, were a critical part of what first turned me on to singing and group vocal arranging. I love re-activating that part of my brain that was mesmerized by the vocals as a 14-year-old.

Who would play you in the Lifetime movie of your life?
You know, now that Ryan Gosling's been dyeing his hair darker — and maybe even if he weren't — I just think it would be really smart to cast him in something like this and kind of defy people's expectations. He'd make it work. Martin Wallström (from Mr. Robot) could play Don even though he has a slight Swedish accent, and Robert Sheehan (from Misfits) could play Harris even though he's Irish. And Halle Berry could play Auyon, no problem. If we can get Ryan on board, I think this is going to be huge.

If the After-Life exists, what song will be playing when you arrive?
"B-13" by Jump, Little Children

What's brand of toothpaste do you use?
Jäsōn Healthy Mouth

What's your beverage of choice?
Seltzer

what a nice radio station in Austin! –>@KUTX see you again on Saturday at the @cactuscafeatx

Taylor Swift or Ryan Adams?
Can I maybe just say Ryan Gosling again? He's sort of halfway between and, otherwise, I like them both too much to choose.