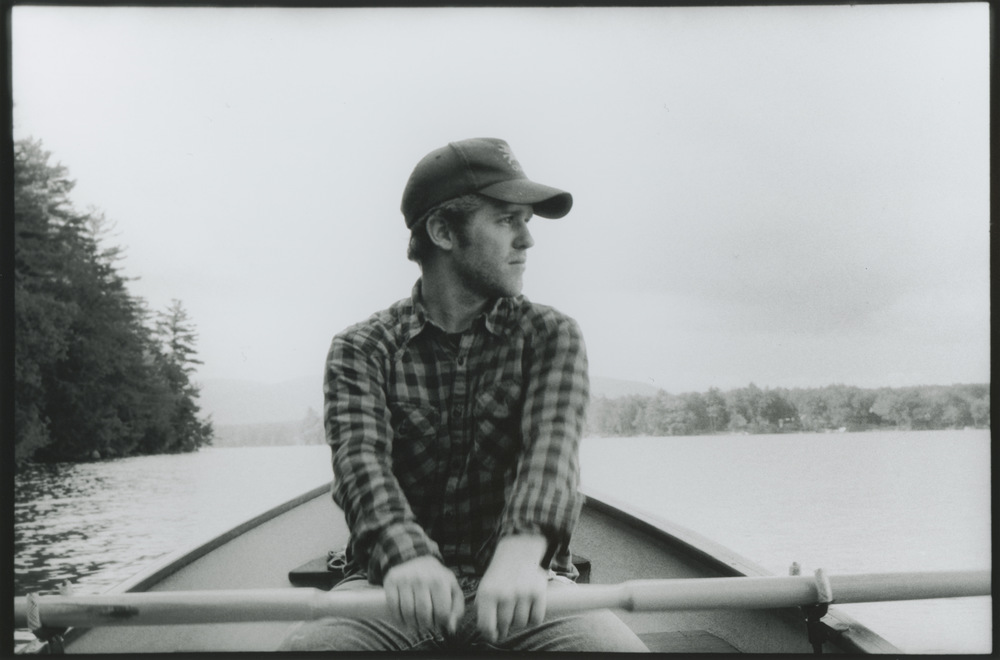 Artist: Dietrich Strause
Hometown: Lancaster, PA (living in Boston)
Latest Album: How Cruel That Hunger Binds
Personal Nicknames (or Rejected Band Names): My friends call me Dieter & Deets; my mother calls me Sneaker; my grandmother calls me Deke; and my uncle called me Deke Dude, when I was a kid.

If you could have a superpower, what would you choose?
I would love to be able to put cream in my coffee without having to deal with the social dynamics of the littler counter at the coffee shop. And if that's not available, I would want to fly.

What's your go-to road food?
I love pistachios, but I can't eat them when I'm driving. You may say "Sneaker, just buy shelled pistachios and have at it!" Well, it's not that I can't shell the pistachios and drive at the same time. I've developed these skills. I'm allergic to pistachios, so I get an uncomfortably itchy throat and watery eyes. Not ideal for driving, but every once and a while, I'll lay it all on the line. Whenever I pass through Lancaster, a tin of Hammond's Pretzels will make it into the car and last for a month or so.

Who was the best teacher you ever had — and why?
My mother. She's a middle school English teacher. Tough, but fair. She's retiring after this year. She loves traveling and is a logistical wizard. So if anyone out there knows Rick Steves or anyone in his office, email me. Also, I bet she would be really good at tour managing.

Boots or sneakers?
Boots, despite my nickname.

Which brothers do you prefer — Avett, Wood, Landreth, or Osborne?
I prefer the Wood Brothers. Those guys really know how to play their instruments. But right now I'm really into the Brother Brothers!

Canada or Mexico?
Canada. Last year, I carved a pumpkin for Canadian Thanksgiving. Canadian superstar Rose Cousins was playing in Boston that night, so I brought it to the club for her. She sang Andrew Gold's "Thank You for Being a Friend" and now I understand the Canadian disposition.