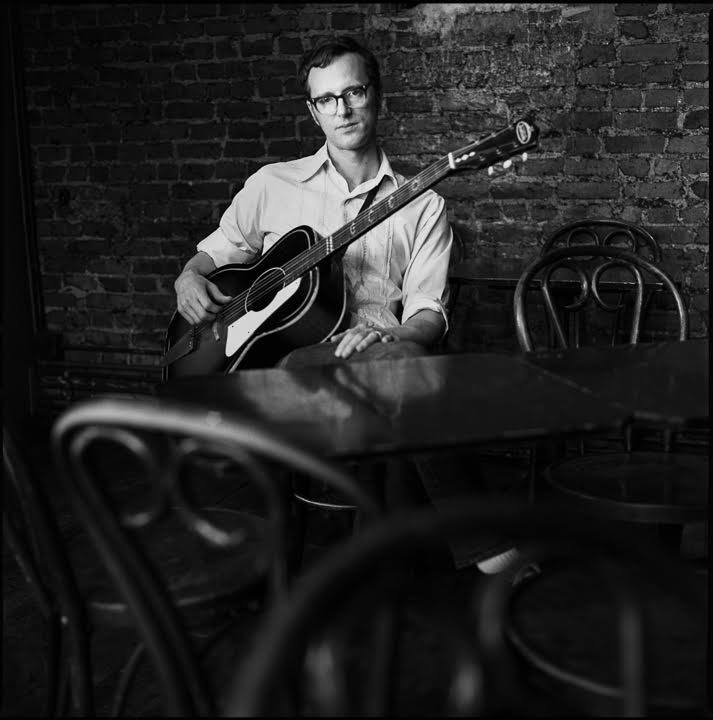 Artist: Michael Daves
Hometown: Brooklyn, NY (but from the ATL)
Latest Album: Orchids and Violence
Personal Nicknames: None self-applied, but I've gotten Doc, Bluegrass Gandalf, the bother father. And it's not a nickname, but enough people call me Dave by accident that I usually respond to it.

If you could have a superpower, what would you choose?
Teleportation

If you were in a high school marching band, which instrument would you want to play?
The tuba. Mostly because of that scene in Freaks and Geeks where Seth Rogen's character likens playing one to blowing into a toilet.

What's your go-to road food?
Usually, something I can't get at home in New York City. When out West, In-N-Out Burger; In the Southeast, Waffle House. But, when I'm traveling with Chris Thile, it's whatever the most esoteric, ridiculous, and mind-blowing foodie establishment in a town may be. Or several towns over. We've been known to drive an hour out of our way for better coffee. Yeah, we're that guy.

Who was the best teacher you ever had — and why?
Yusef Lateef. He was very concerned with his students learning to sound like themselves, play from their own experiences and emotions, and find new sounds. Plus, he was so warm and sincere toward everybody that he's the only person I can imagine ever having gotten away with referring to my wife as "Mrs. Brother Daves" without getting punched.

Sleater-Kinney OMFG. Any concerns I had that they might not still rock so hard were quite misplaced. Way to go, ladies,picking right up where you left off!

Boots or sneakers?
Have you ever seen me? Sneakers, always.

Pacific or Atlantic?
East coast, through and through