3×3: The Accidentals on Musical Obsessions, Non-Designer Jeans, and a Shared Love of Amy Poehler 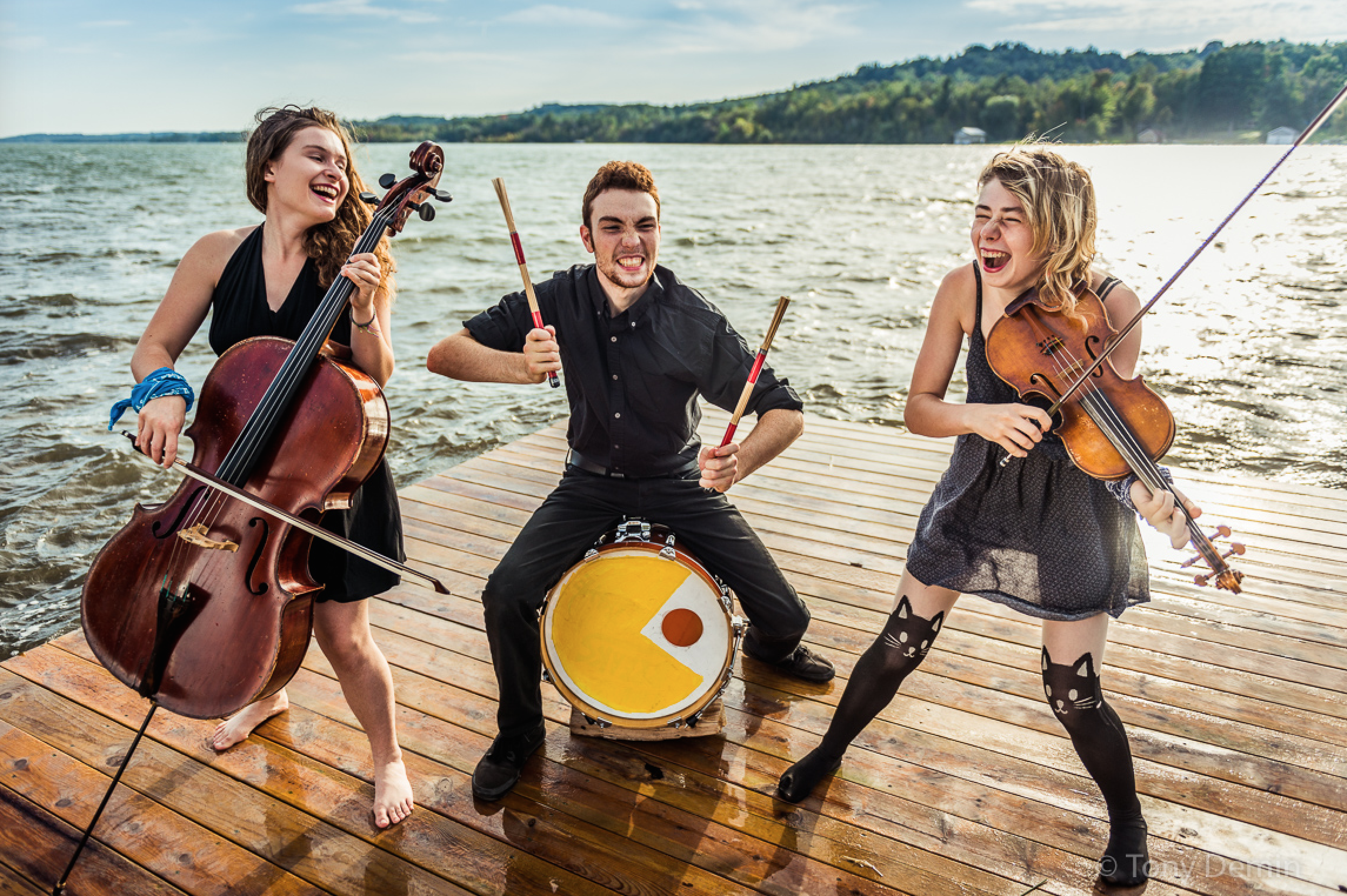 What was the first record you ever bought with your own money?
Sav: Echoes, Silence, Patience, and Grace by the Foo Fighters and Illinois by Sufjan Stevens. I bought them together.
Katie: The soundtrack to the film Juno. I listened to it obsessively in middle school.
Michael: Seventh grade — Rocks by Aerosmith and Fly By Night by Rush

How many unread emails or texts currently fill your inbox?
Sav: I'm really OCD, so … none.
Katie: None!
Michael: Zero, OCD like Sav.

What brand of jeans do you wear?
Sav: Brands. Ugh. Whatever fits and doesn't have holes in it.
Katie: Flying Monkey (dig the name).
Michael: Arizona

What's your go-to karaoke tune?
Sav: When I was six years old, I performed "Paved Paradise" for my school talent show to a karaoke track. That's all I got.
Katie: Any song from any Disney movie ever.
Michael: "Don’t Stop Me Now" by Queen or "Just Like Heaven" by the Cure

If you were a liquor, what would you be?
Sav: I’m not a drinker, so I have absolutely no idea. I would guess the strong bitter kind that you have to have an acquired taste for. 😉
Katie: I don't drink, so to confidently answer, I took a quiz on quizrocket.com. RESULT: Rum — "You are sweet and friendly and sociable, but you have a laid back vibe. You are best enjoyed in a relaxed state of mind."
Michael: Fireball Whiskey = red hair.

Poehler or Schumer?
Sav: Amy Poehler slays it in Parks and Recreation.  I'm pretty sure she's my spirit animal.
Katie: Tina Fey is my favorite, so naturally, Amy Poehler.
Michael: Poehler all the way.

Chocolate or vanilla?
Sav: I was actually born without a sense of smell or taste, so it's all the same to me.
Katie: Chocolate
Michael: Vanilla, for sure. Chocolate is everywhere, and a good vanilla flavor is hard to come by these days.