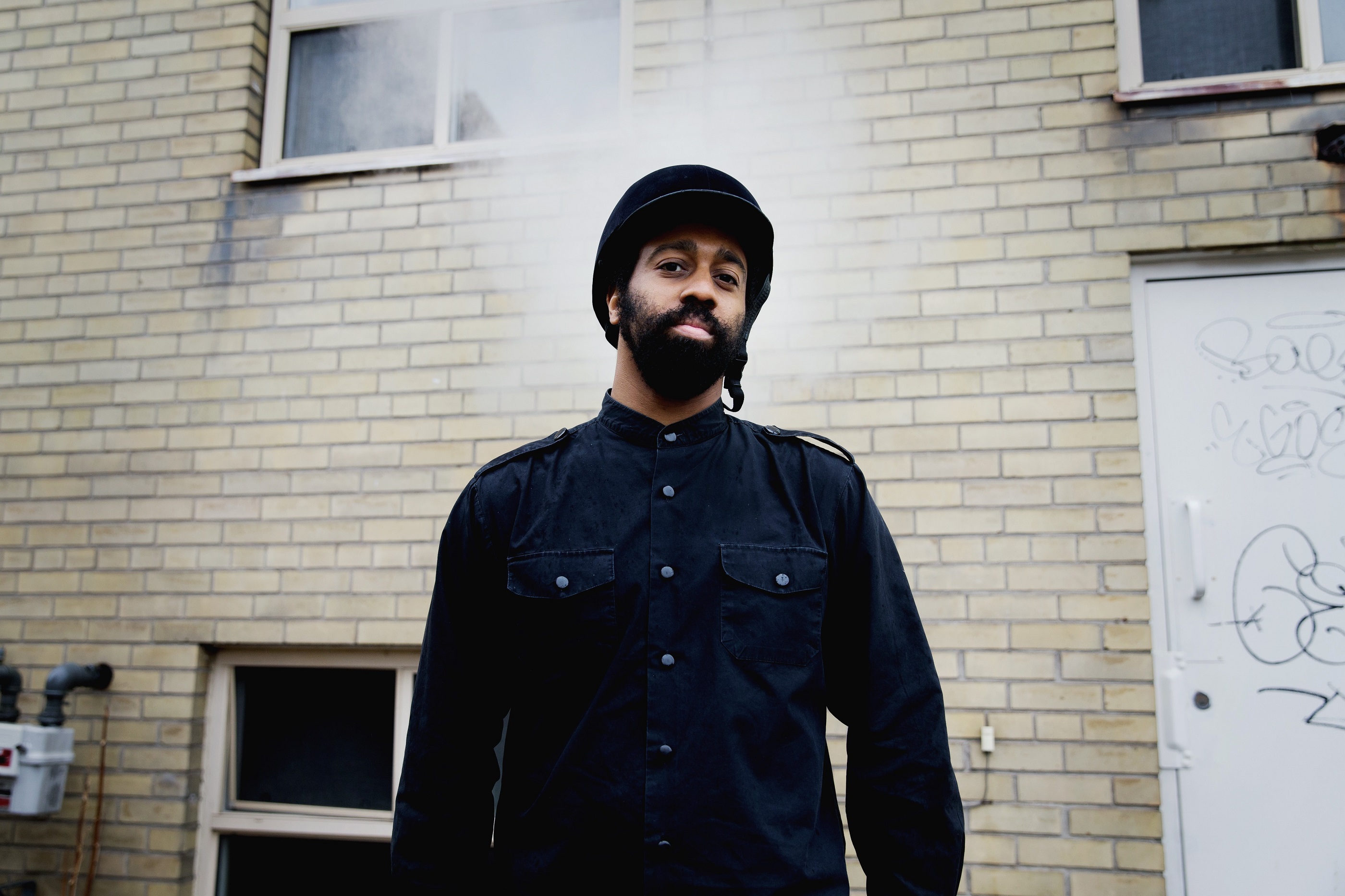 Bob Marley has by far been my greatest influence. Coming from a Caribbean background (Jamaican/Trinidadian) there’s an obvious cultural connection, but for me it goes a little deeper than just music. I don’t sound like Bob, and I don’t try to, but there was a time in my life when I felt no music was satisfying in the way Bob Marley and the Wailers made me feel, so I decided that if it didn’t exist then I would create it. Bob Marley for me is like a messenger of good and an uplifting revolutionary.

Music is something I’ve always enjoyed and I’ve wanted to be a musician as far back as I can remember. But there really weren’t any musicians in my family so becoming a musician wasn’t really an option in my house. I come from a family of educators and I was probably going to end up being a teacher or professor myself. Writing was a big part of my childhood and my teen years so I naturally gravitated to poetry and rapping, but nothing musical other than my off-key belting as I ran through the hallways of my school.

It wasn’t until my early 20s that I decided to really focus on singing and learning how to play the guitar. Then came the moment I truly knew I was going to be a musician, while I was backpacking across Ontario and I met a kind stranger just outside of Thunder Bay who helped me realign my life and purpose. But even then I really didn’t decide to make music a serious profession until my first child turned 1, about 8 years ago. That first year of fatherhood put a lot into perspective for me, and it gave me the drive to establish myself as a credible artist.

I try to stay away from tough songs to write. Any song that has been really tough to write was probably scrapped and will never see the light of day. I don’t think writing a song should be a tough process; if it’s not flowing or you don’t feel like you’re making progress, then put it down.

However, of all the songs that have landed on any of my projects, I will say that “Just Pray” may have gone through the most revision. A lot of folks are going to assume the song is autobiographical, but I much rather say it’s “autobio-fictional.” I spent a lot of time with the lyrics on that one because I really wanted to draw on as much of my life as possible, so that I could sing it with a conviction and passion, but I didn’t want it to become a verbatim retelling of my childhood. So finding the right balance took a lot of edits and rewrites.

My career mission statement would be “When you’re walking in your purpose, the Heavens bow down to honour your footsteps.” My music career is very closely attached to my faith, values and lifestyle. A great part of my life has been focused on uncovering my purpose and that comes out in my music. What I’ve learned is that when you are working towards your goals and you’re really zoned in on your purpose, people will feel that energy coming off you and they’ll want to help you accomplish more. The coolest look in the world is when you see someone who you know is doing what they are meant to do.

I hope I never feel like I have to hide behind a character in a song. Whatever I write, even if it’s not about me, I want to be able to empathize with the story so much that the listen thinks I’m singing my own song. My music is the opposite of hiding behind a character. I would sooner jump into the skin of a character and try to express what they may be feeling. I want people to believe every word I say, even if I’m speaking on behalf of someone else.