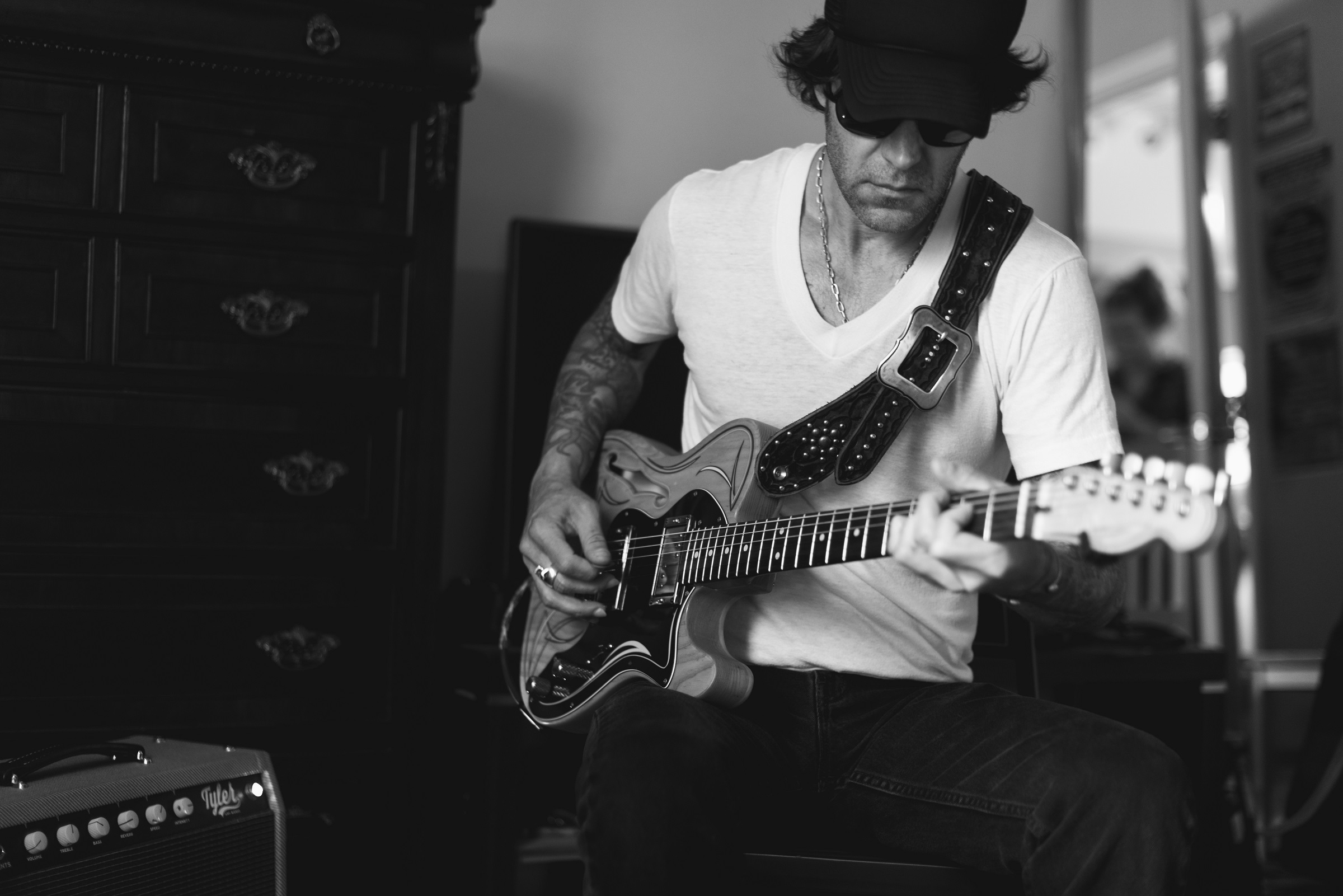 Name: Boo Ray
Hometown: Western Mountains of North Carolina
Latest album: Sea of Lights
Personal nicknames (or rejected band names): “During the few-years span that I just couldn’t seem to stay out of jail, the other incarcerated guys that I gambled with on Spades and Tonk called me ‘Boot-a-rang.’ I didn’t ever bother to correct ‘em. In grade school, my very first band was also called Rhythm & Booze; it was a 4 piece band and Marshall Tucker’s “Can’t You See” was a feature of our set.”

Ahh that’s a cool question… Well, it might could be that Southern writers like Harry Crews, Ron Rash, and Mark Twain make me think it’s important to have a writing voice, and that there’s something powerful and magic about the just right combination of words used to tell the truth of our human experience.

I knew this guy everybody called Mr. Jack that ran a sawmill-–an old V-Twin Harley motor bolted to a 12″x12″ post frame and a great big 15-foot 2″ bandsaw blade that pitched and twisted so wildly when it ran that it just seemed impossible it could have ever made a straight cut. But it did cut 18-foot-long, perfectly straight slices off the huge logs he used to run through that mill. He’d cut some 1/4″ thin cedar for me to use as lining on chests. The way Mr. Jack cussed at and about his sawmill, the logs, the lumber and his equipment, expressed his passionate care, deep affection, forgiving humor and humble mastery of his industry. I suppose my affection for the way Mr. Jack carried on about his sawmill might be responsible for my cussin’.

My great buddy, artist James Willis, is constantly teaching me about perspective and how to use detail and lack of detail as creative storytelling devices. Sean Brock’s amazing passion, depth of knowledge, agrarian approach, his wood coal cooking and his completely inclusive use of information, style, technique, perspective and philosophy, have certainly influenced me.

The point of the spear is compassion, inspiration and empowerment. I’m compelled to express to my fellow man that the troubles of life are not for nothing. The singer-songwriters that have moved me the most write songs that are part of the classic American songbook. So the purpose of my endeavor as a singer-songwriter is to land some songs, or a song, in the classic American songbook, whatever that is. I think that songbook includes songs by Lowell George, Leon Russell, John Hiatt and Fiona Apple. My favorite Grateful Dead record is the one that Lowell George produced, Shakedown Street. The word “Pop” ain’t necessarily blasphemy to me, unless it’s in front of the word “country”…

After writing the songs my mission is to perform the songs with my badass guitar-slingin’ band and build a dynamic, powerful and unique live sound around the character and nature of each of the songs. Live performance is more important to me than recording records, but I use the records as templates, stylistically, and to suggest possible arrangements. For me, the style itself demands that the records are exciting soundscapes, and experimental in the recording and engineering. If my records sound like someone else I’ve fallen short.

For me the singer-songwriter/guitar band-sound bar is set by acts like: Tom Petty and the Heartbreakers, Little Feat, ZZ Top, Marty Stuart & His Fabulous Superlatives, any of John Hiatt’s bands (from The Goners and Little Village to his Trio), and Jason Isbell & The 400 Unit. So what’s my mission statement? I want to be Jerry Reed. 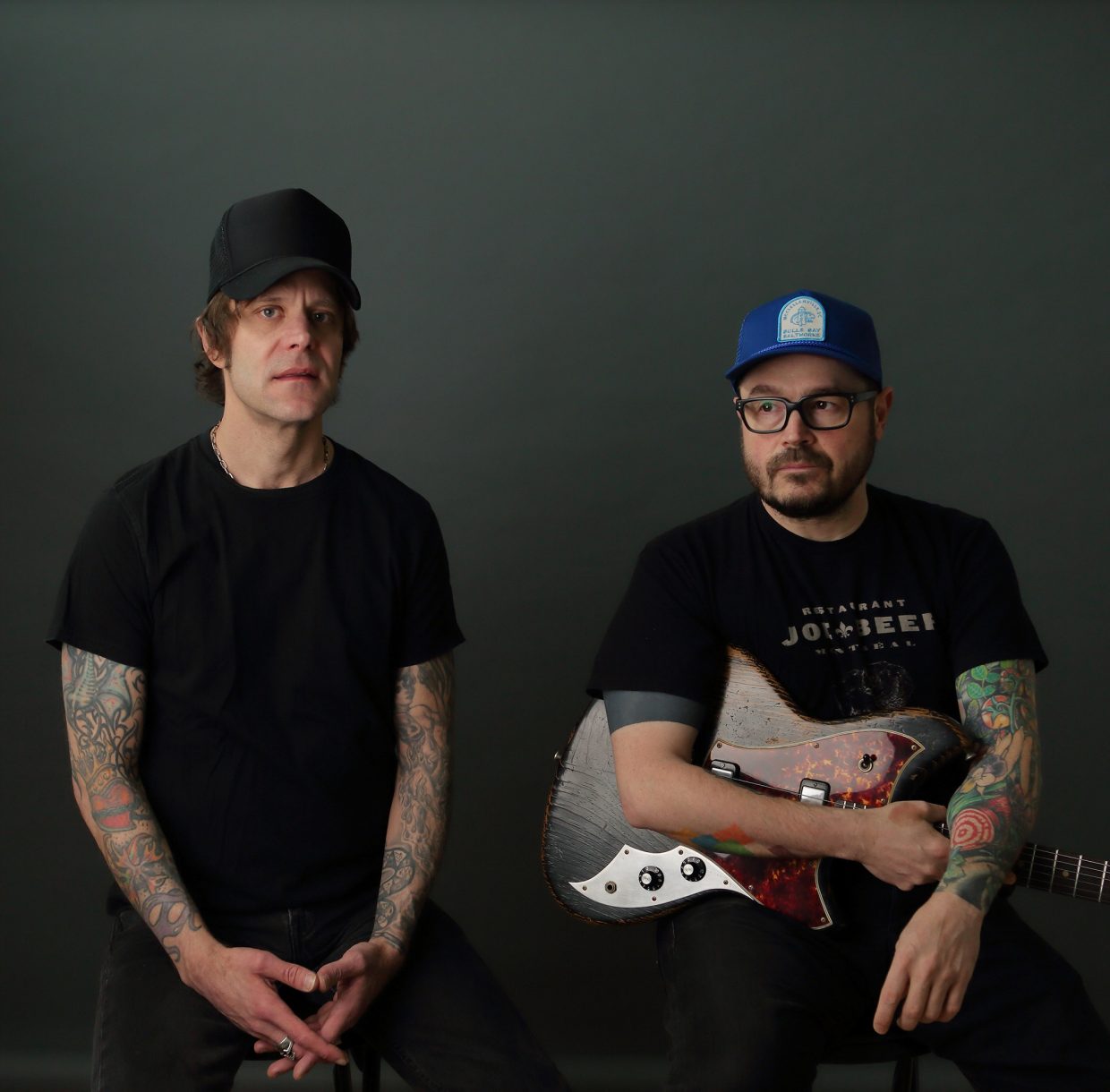 I don’t spend enough time on/in the water lately. As a kid, I was at the river every week and in the woods all summer long. Sunrises and sunsets are important to me. I really tried to get up to my buddy Sean Minor’s for spring branding and spend some time roping, riding and working cattle this year, but had shows and sessions I couldn’t get out of. I like to do tractor work, eat homegrown tomatoes, negotiate the price of a late ’50s step-side GMC truck or dispute the shape of the taillights on a ’68 Chevelle while cracking pecans against each other, and get caught in a torrential downpour and soaked to the bone after doing some farm work.

Agreed, and I totally dig a supper club-type show. How about Sean Brock doing some kind of Low Country spread with Ossabaw pork sock-sausage, rice peas, Geechie Boy Grits with a fresh catch, and some kind summer vegetables, with Billy Gibbons giving his take on Hill Country Blues. Billy and Sean are both great historians, passionate technicians and intuitive as hell. That’d be the dream pairing.

The artists I like definitely seem to have character-driven numbers in their repertoire: Tom Petty’s “Break Down” and “American Girl,” Eddie Rabbitt’s “I Love a Rainy Night,” and Don Williams “Tulsa Time,” written by Danny Flowers. Those kind of songs hold you up as a performer and don’t require you to emote and be so intimate, at least for three or four minutes at a time anyways. Sometimes I might jokingly introduce “Redneck Rock & Roll” as a song that I wrote first-person as Kenny Powers. But I certainly do keep a few of those songs in my set: “I Got the Jug,” “Johnny’s Tavern,” “Six Weeks in  Motel”, even “Sea of Lights” is that way now, most of the time. There’ve been a few times that singing “Sea of Lights” made me involuntarily weep and cry…

On the “you”/”me’ thing; I saw this Mary J. Blige performance once, she was singing this devastated lovesick number and my heart was just broken for her, you know? Then in the last chorus, nothing left but ashes and pain, she flips the script on the “you”/”me” switch and starts singing “bye bye” and waving as she left, and I realized she was singing my blues, and she was the one that was leaving. I was leveled. It was like a damned magic trick she’d just performed. I’ve tried variations of that writing device in my songs “Constantina,” “Six Weeks in a Motel,” and the “Hard to Tell” collab with Lilly Winwood all have a moment where they pivot or twist like that a little bit.