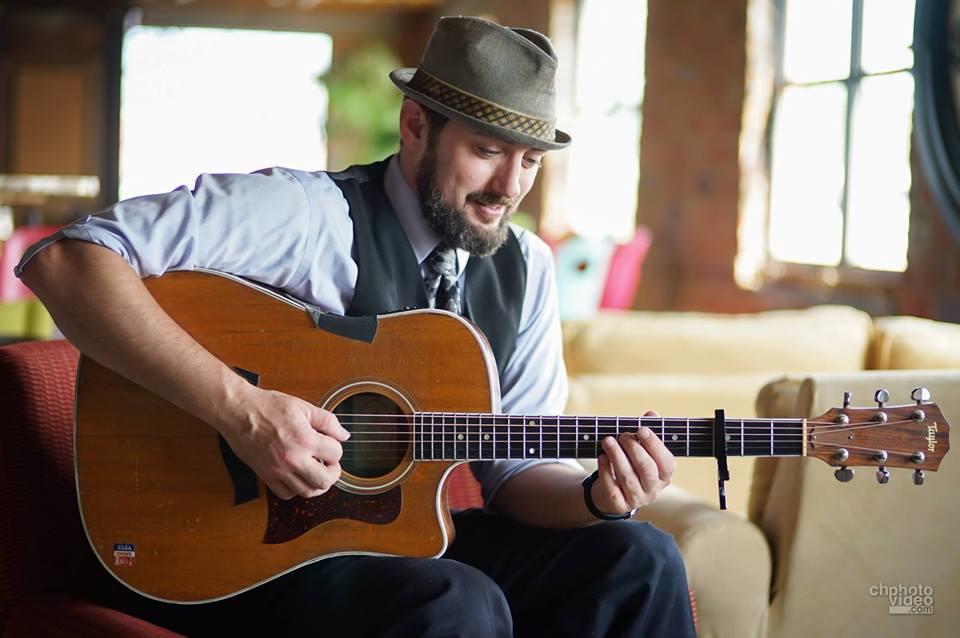 When I was 3 years old I was the ring bearer for my cousin’s wedding. We got through the ceremony without too much distraction from my mischievous fidgeting, but then came the reception. I had behaved myself for longer than tolerable and beside that, in this part of the evening’s events, mischievous fidgeting seemed encouraged. I was in my element. I was so much more comfortable at the party than I was in the rigid church service, that when the band took a break, I didn’t see it as a chance to relax. Instead I saw it as a sign that possibly these hard-working musicians had tired and they needed assistance keeping the crowd going. So I did what I felt I needed to. I crawled onto the stage and tried to grab the mic.

Before my mother could come divert me, the band saw me on stage and seized the opportunity. They returned to the stage and agreed to back me up. My repertoire at that time wasn’t vast. I knew “Zip-a-Dee-Doo-Dah” and the theme song to The Dukes of Hazzard. I can’t pretend that I had enough experience at the time to make an informed opinion on how well I performed, but I know for a fact the band and I had garnered the attention of every person in that room, including the flower girl. And that was enough for music to set its hook in me. I’ve been writing and performing ever since. And every night I’m still as shocked and fueled by the connection with the audience as that 3-year-old kid was.

I’ve heard it said repeatedly that songs are like children to songwriters. And I have to agree with that. But since we are leaning on that metaphor I’d like to remind you that sometimes the birthing process requires 20-hour labor or C-sections. One such arduous delivery occurred for me while writing a song for a multimedia art project entitled TRIO. The way TRIO works is, a visual artist and a songwriter are paired with an author. The visual artist and the songwriter both create a piece, in their respective medium, inspired by the author’s book, and that forms one iteration of a TRIO. A collection of many of these TRIO pieces have been put together in a traveling exhibit.

The book I was given was Summer Lightning by Judith Richards. The fact that I absolutely loved the book should have made it an easy write. It didn’t. I’m not really sure why that was. I suspect it had something to do with the fact that the author is a dear friend of mine and I would be crushed if the song I wrote for such an exemplary human was subpar. If I write a song about my personal experiences and it falls short either for me or any critic, I can deal with that and choose to edit or move on. But that would simply be unacceptable for a song destined for Judith.

So I tortured myself for days and days. The deadline loomed. I tortured myself some more then scrapped every line. Then I got into a downward spiral built from the lack of creativity and fueled by fatigue. I had stayed up for the vast majority of three days and the song felt like it was getting worse. It was one of the few times I felt true panic while writing. How could something that is as natural and customary for me suddenly be so foreign and produce such slop?

Luckily JUST in the nick of time it all started to click and I pulled the song out of the nose dive. It ended up being a song I’m very proud of and one I play at most every show. Judith has told me she likes the song too. WHEW!!!

I spend much of my time near the water or on the water. My hometown (Mobile, Alabama) is a port city. We grew up on the bay and in the rivers. Virtually all of our activities involved that water in some way. We threw cast nets and swam and sailed for countless hours. Interestingly enough I only have a handful of songs that mention water specifically.

However I do feel like my connection to the water impacts my writing all the time. I do not believe I would write the same at all if I were too far removed from a large body of water for an extended period of time. There is something about the smell of the air and the sounds of the wind coming off the water that alters my general state of mind. Don’t get me wrong, I love adventures in the desert, too, but if I stay there too long, I believe my gills would dry out.

I’m from the birthplace of Mardi Gras, namely Mobile, Alabama. So I consider music, eating and bending the rules my birthrights. So I have decided to bend the rules and instead of one meal/musician pairing I think it should be a three-course meal of musician/food pairings.

Appetizer: Seafood Gumbo / Wet Willie
I feel that we need to whet our appetites with these Southern classics. Both the roux and Wet Willie are essential to our slowly-stirred, humid, earthy heritage.

Entree: Shrimp and Grits / the Mulligan Brothers
This is a decidedly Gulf Coast pairing. This hearty flavorful combo is something you can dig your teeth into and instantly know you’ve experienced the best the South has to offer.

Dessert: Bread Pudding / Kristy Lee
And let’s top it off with decadence and a voice so soulfully sweet it’s liable to give us all cavities.

I feel like that’s a meal where the likelihood of leftovers is slim to none.

It is interesting that you’d ask this question because I only recently took note of this transition in my writing. It had surely occurred, I just hadn’t consciously taken note until recently. I have been writing songs a vast majority of my life and I believe without a doubt truth makes for a better song. So since I started writing I’ve always held truth as the target of my songwriting.

But recently I realized that up until my latest album, It’s Not Like You Don’t Know Me, I have had a tendency to disguise the more personal truths or emotionally raw truths in my writing. Previously, if a topic started to cut too deeply personally it was likely destined to be dressed up as “what Character X feels” in a third-person narrative as opposed to “this is how I feel” in an expressive declaration. I’m not sure if this was a defense mechanism from my subconscious or not but it was there nonetheless.

The songs on It’s Not Like You Don’t Know Me are so emotional and personal that I had no other choice but to write “I,” “I,” “I,” as opposed to “he,” “she,” “they.” I just don’t believe they would’ve rung true if I hid. So I didn’t. Of course these aren’t the only songs I’ve written from the first-person perspective, but these are the most personal and emotional songs I’ve ever dared to approach so head on.

So while I will surely revisit the third-person point of view as I continue making songs, the writing of the songs on “It’s Not Like You Don’t Know Me” has made me much more comfortable saying “I”, “I”, “I” and therefore I feel has made me a more balanced writer.