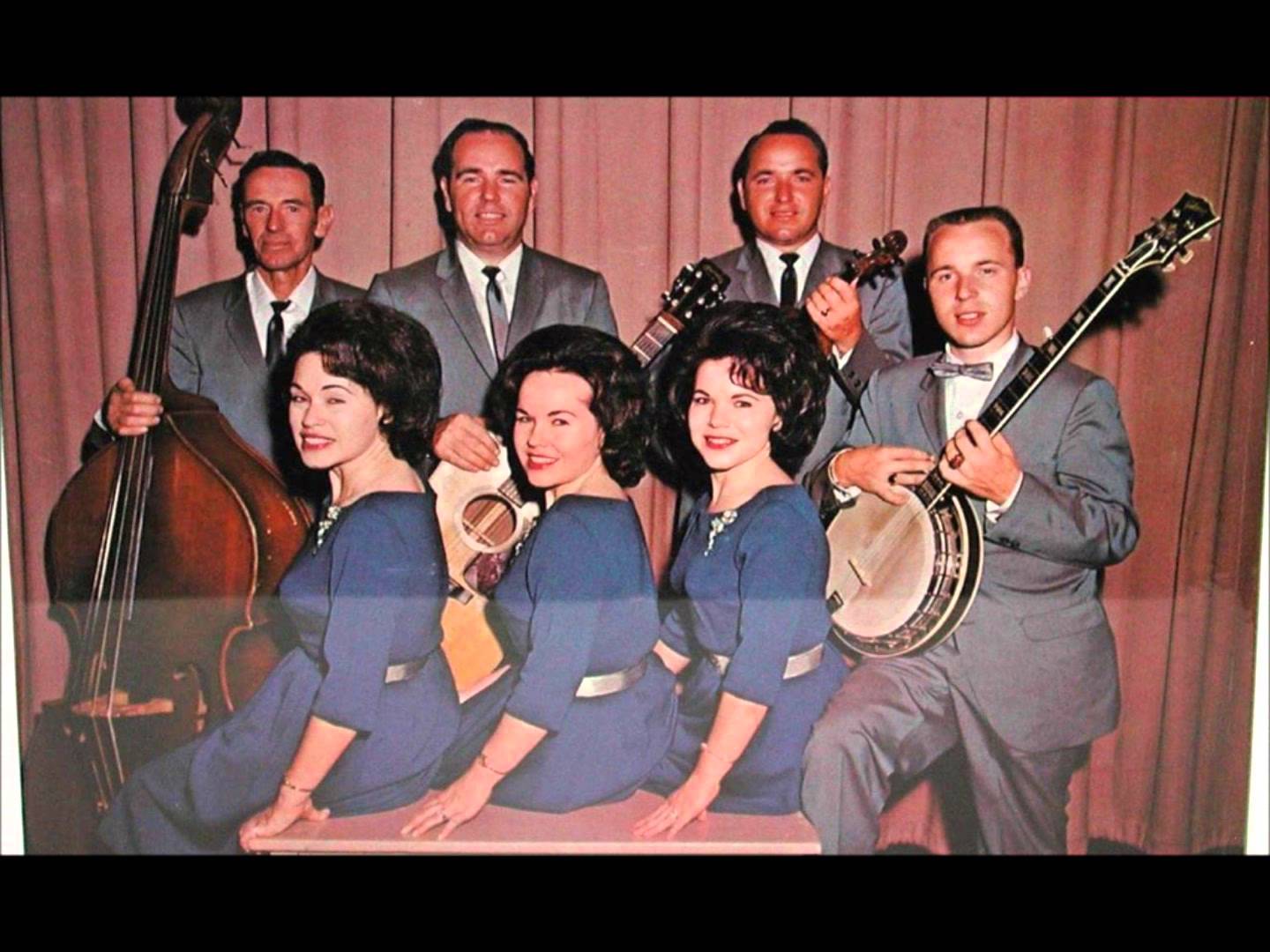 From the Monroe Brothers and the Stanley Brothers to Cherryholmes and Flatt Lonesome, the matching outfits, tight harmonies, and long-lasting careers of family bands are an integral part of what makes bluegrass bluegrass. Here are a few lesser-known, underrated, or too-often-forgotten family bands that you ought to spend some quality time with:

The Dillards (Doug and Rodney Dillard, Dean Webb, and Mitch Jayne) exposed thousands of new fans to bluegrass bands music through their appearances on The Andy Griffith Show as “the Darlings” and even on popular variety shows of the day. They were inducted into the Bluegrass Hall of Fame in 2009.

If the voices of the Cox Family (Sidney, Suzanne, Evelyn, and Willard) sound familiar, it’s because you have almost certainly heard them before — on the Grammy Award-winning O Brother, Where Art Thou? soundtrack. Their close friend, collaborator, producer, and fan Alison Krauss is credited with their discovery; you can hear the obvious influence they have on each other’s music.

Want more? Try their 2015 album, Gone Like the Cotton, that they finished and released 17 years after the project was dropped by their label.

Based in Gallatin, Tennessee, the McCormick Brothers (William, Haskell, Gerald, Lloyd, and Kelly) were one of the top bluegrass bands in the 1950s, but sadly, they are largely unknown today. After the band began to peter out, Haskell joined Lester Flatt’s Nashville Grass, but the other McCormicks somewhat inexplicably faded from the spotlight.

The White Brothers (Clarence, Roland, and Eric) were barely adults when they made several guest appearances on The Andy Griffith Show — at least two years before “the Darlings” came along. The brothers played shows as the Country Boys before forming their iconic band, the Kentucky Colonels. Clarence — a Bluegrass Hall of Fame inductee — passed away in 1973, but is still considered one of the most influential flat-picking guitarists of all time. Eric passed in 2012. Roland continues to perform, to this day, after having a lengthy career performing with dozens of artists, from Bill Monroe to the Nashville Bluegrass Band.

Bluegrass gospel and family bands go together like a mandolin and a chop. The Marshall Family (Judy, David, Danny, and Ben) have had an undeniable influence on acts such as Alison Krauss, Rhonda Vincent, the Isaacs, and the Cox Family — Judy’s voice, especially. Their career was much, much too short, with only three years between their first recording and their last. The Marshalls exemplify what family band harmonies can and should be.

“The First Family of Bluegrass Gospel,” the Lewis Family (Pop, Mom, Miggie, James, Esley, Talmadge, Polly, Janis, Little Roy, and Travis) were inducted into the Bluegrass bands’ Hall of Fame in 2006. The group officially retired in 2009 after more than 50 years as a band, collecting countless IBMA, Dove, and SPBGMA awards along the way. Thankfully, Little Roy still performs and tours, because the world isn’t ready to go on without his oddball sense of humor. Have you enjoyed the Lewis Family?!

Want more? Check out “Just One Rose Will Do,” “Honey in the Rock,” and “When I Reach That City.”

While the Lonesome Pine Fiddlers saw many a lineup change during their existence, they were always underpinned by members of the Cline family (Ireland, Ezra, Curly Ray, and Charlie.) The band performed and recorded for nearly 30 years and, like Bill Monroe’s Blue Grass Boys, they were a vehicle for unknown and up-and-coming musicians getting their start — among them Bobby Osborne, Melvin Goins, and Paul Williams. In 2009, the Lonesome Pine Fiddlers were inducted into the Bluegrass bands’ Hall of Fame.