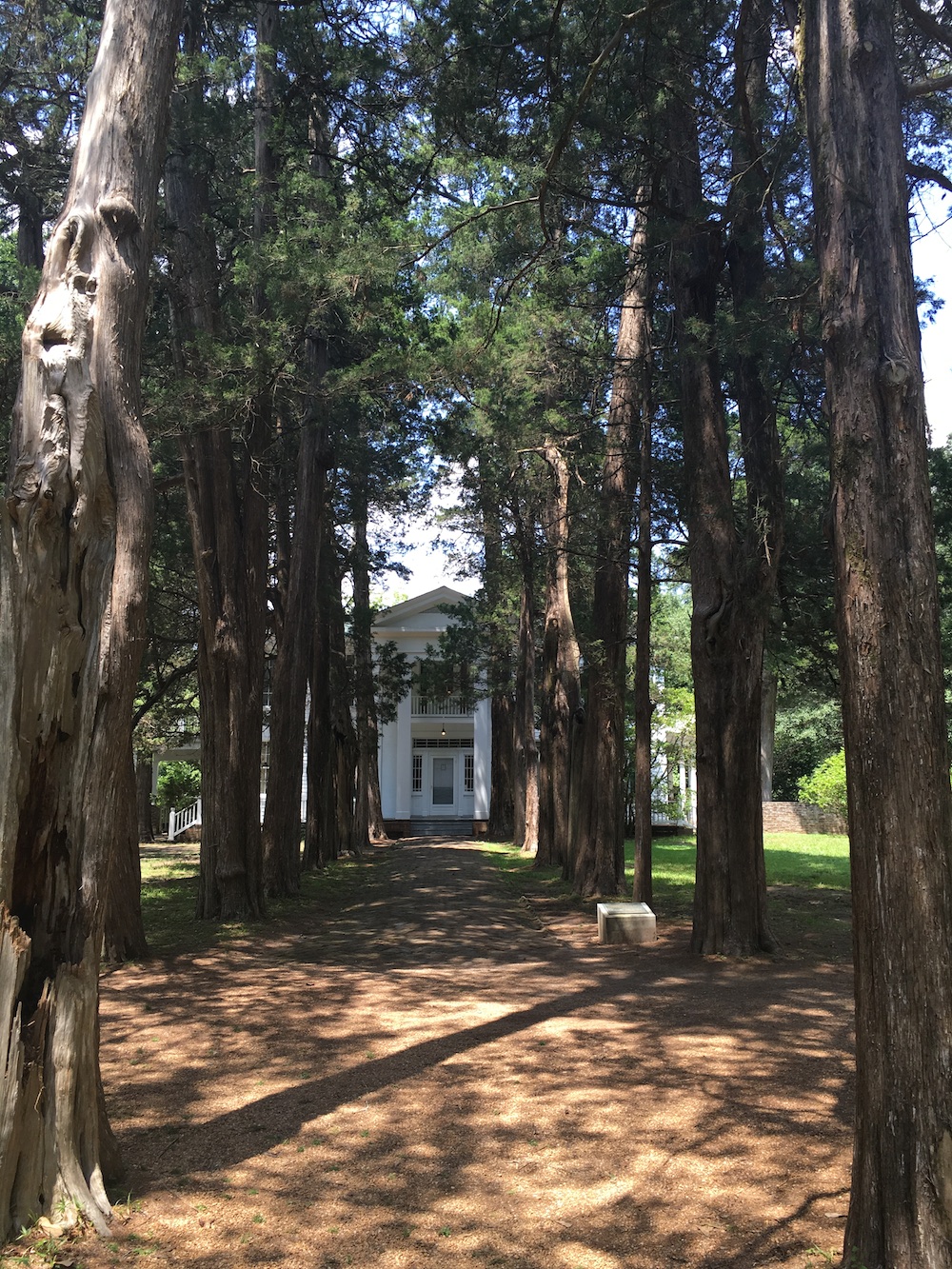 Tucked away in a lush, wooded pocket of the otherwise bustling college town of Oxford, Mississippi, is Rowan Oak, the home of William Faulkner. Built in 1844 and purchased by Faulkner in 1930, the stately white antebellum home sits on 29 wooded acres. Faulkner, one of the most celebrated Southern authors of all time, purchased the then-vacant property for himself, his wife Estelle, and her two children. The property was originally owned by Irish planter Colonel Robert Sheegog and served as Faulkner's home until his death from complications following a horseback riding accident in 1962.

The home is full of Faullkner artifacts — original artwork, clothing and accessories, and many of the supplies the author used in writing such famous novels as Absalom, Absalom!, The Unvanquished, and Go Down, Moses. The grounds, which are connected to a short hiking trail that leads to the University of Mississippi campus, feature a number of Faulkner's outdoor buildings, as well as remnants of original landscaping.

The University of Mississippi now owns the property, and the house is open to the public for tours. We checked it out, and below are a few highlights from our visit.

Faulkner’s mother, Maud Butler Falkner (the “u” in Faulkner’s last name wasn’t added until 1918), painted frequently, and several of her paintings are displayed at Rowan Oak, including one of Faulkner, himself. Falkner often painted copies of famous works of art.

Faulkner had an unusual writing practice — drafting plots for his novels on his walls. The walls of his office at Rowan Oak show a day-by-day plot breakdown of his 1954 novel, A Fable. That book would go on to net Faulkner both the Pulitzer Prize for Fiction and the National Book Award in 1955.

Like Faulkner’s mother, his wife Estelle loved to paint. Her bedroom, separate from his, features a painting area bathed in natural light. Estelle's and William's bedrooms were separate, though right next door to one another.

Faulkner was an avid rider, as shown by Rowan Oak’s stables and the assortment of riding equipment still found in his bedroom. He died following a thrombosis-related heart attack after suffering a major riding accident in 1962. He previously had a serious accident in 1959.

Adding to the majesty of the house is a row of tall, thin cedar trees flanking the driveway, a landscaping feature that was prominent around the time of the home’s construction. Though the property was originally called "The Bailey Place" (named for the surrounding Bailey's Woods), Faulkner dubbed it Rowan Oak in homage to its numerous rowan trees.

Added by its original owner, the garden was a feature of the property that had grown dilapidated by the time Faulkner purchased Rowan Oak, but he kept the remaining assortment of bricks, shrubs, and trees in tact. An avid teller of ghost stories and tall tales, Faulkner asserted that the garden was protected by the ghost of Judith Sheegog, the alleged daughter of Colonel Robert Sheegog. Legend has it, Judith flung herself to her death out of the home's second story window after a love affair gone wrong, and that her body is buried on the property.