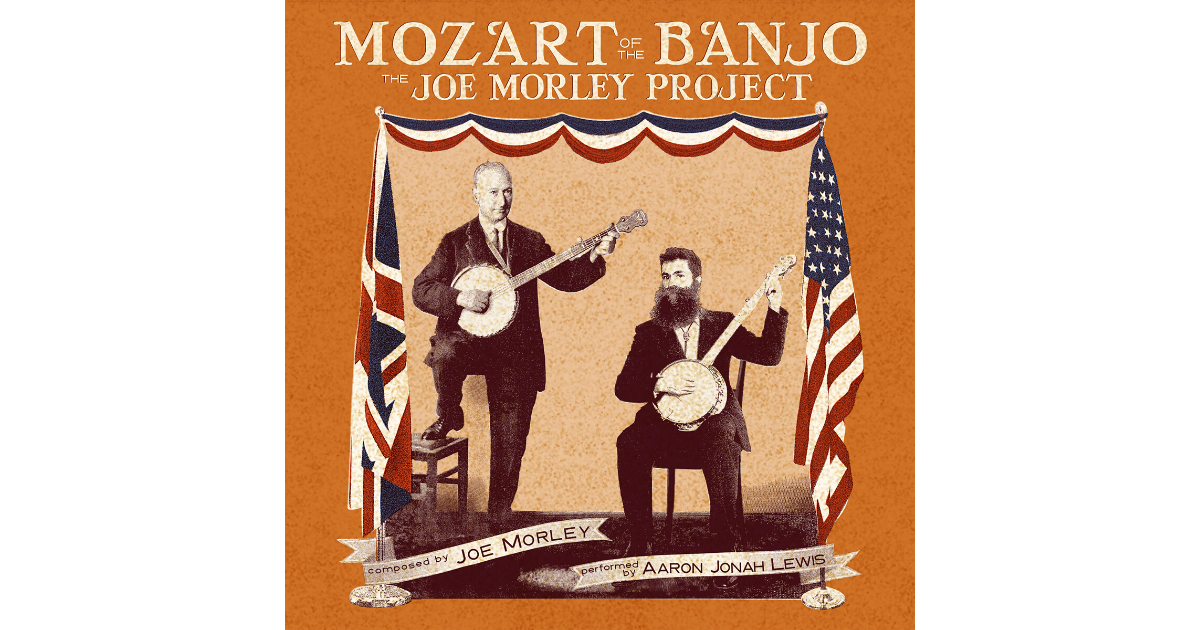 Ask ten banjo players this question: “Who is the Mozart of the banjo?”


You’ll probably get ten different answers. If any were to double up, perhaps one would be Béla Fleck (a banjo player more than most will remember has conquered many a classical composition on the instrument) and perhaps another would be Earl Scruggs (given that “Mozart of” could easily morph into “a style-originator of” to others.) Fiddle champion and banjo virtuoso Aaron Jonah Lewis posits a much more pragmatic — and almost actually analogous — candidate on his new album, Mozart of the Banjo, tributing a banjo player a step closer to Mozart in more than a few ways, but chiefly in that he did not perform bluegrass.

Joe Morley was a “classic fingerstyle” banjo player, composer, performer, and instruction book author who lived and made music at the turn of the 19th to 20th centuries, at which time banjos were central to popular music in Britain and the United States. “A Banjo Frolic,” one of twelve Morley pieces performed by Lewis on the album, demonstrates this “golden age” sound, oozing ragtime and musical theatre and Vaudeville and minstrelsy. While Morley’s compositions weren’t technically “classical” music, Lewis explains in the project’s in-depth liner notes, “…[It] did occupy an interesting space in that it appealed to royalty, the upper and middle classes and the lower classes of society as well.” A truly banjo notion. Morley also paralleled Mozart in that they were both child prodigies, both left enormous bodies of work, and both died poor and were buried in unmarked graves.


We may be enjoying a current renaissance of the banjo, where more and more players, fans, and even casual passers-by of the instrument understand its important role in American history and its folkways and art forms. Still, it’s fascinating that so many forgotten or overlooked facets of the instrument’s past and its legacy remain excluded from that greater, better-understood narrative. Mozart of the Banjo: The Joe Morley Project and Aaron Jonah Lewis are attempting to tell more of the banjo’s full history, and purposefully connect it to its Black and African inputs, as well as its extant forms in the U.S. and around the world, reminding all of us banjo fans — and at such an apropos time, as well — that none of our favorite forms of music, banjo-y or otherwise, exist in a vacuum.