Jeremy Stephens’ Old School Banjo Approach Is Made for the Present 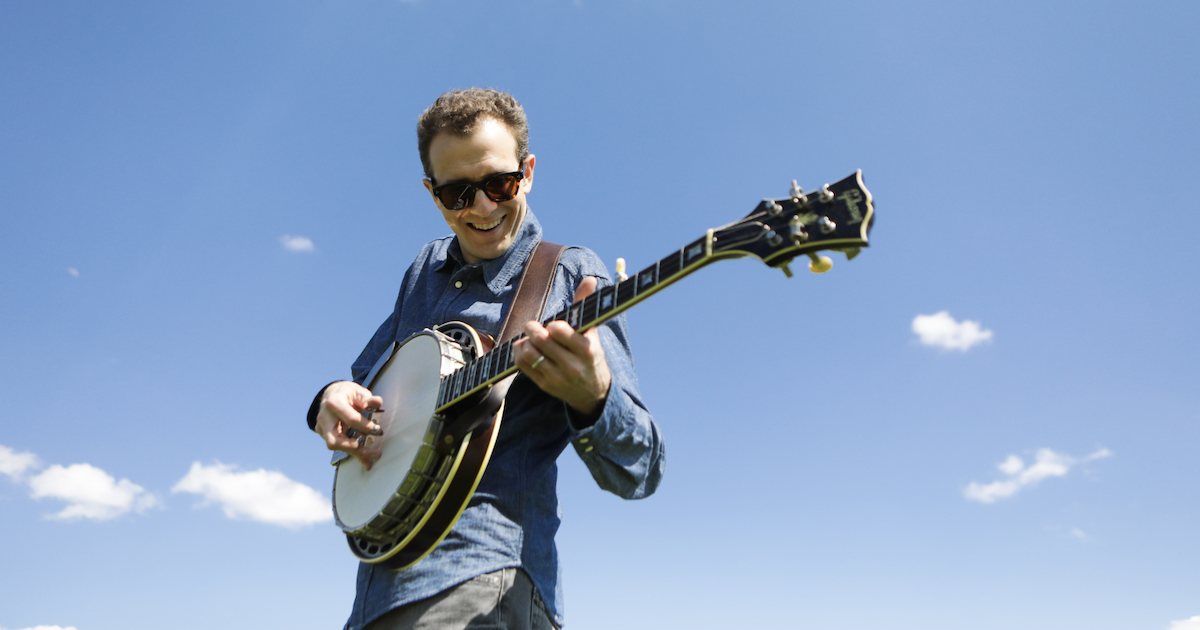 Jeremy Stephens might be the most-featured musician in the history of this column. We’ve featured his band High Fidelity, IBMA Best New Artist nominees once again in 2021, twice over the past few years. Now he’s released a solo project entitled How I Hear It on Rebel Records.

How he hears it is how he plays it. Stephens’ banjo playing – and for that matter, his flattop guitar, archtop guitar, mandolin, bass, and beyond – is all at once effortlessly timeless and firmly grounded in the present. With acts like High Fidelity (which he founded with his wife and musical collaborator Corrina Rose Logston), the Chuck Wagon Gang, Jesse McReynolds, the Lilly Brothers, and others Stephens continually demonstrates a commitment to traditional bluegrass from long before the Bluegrass Album Band, Tony Rice, the Country Gentlemen, and other second- and third-generation groups began to eclipse their more old-timey, homespun, and gritty forebears. He has a penchant for Don Reno’s outside-the-box pickin’, and the chord-based licks, steel guitar phrases, and electric guitar back-up that were Reno’s signatures.

Even with this perspective on the music — the earliest days of bluegrass being the string band aesthetic that resonates with him the most — his playing is neither antiquated nor backwards. At times, the most striking quality of his approach to the instrument is how in-the-moment it is. His techniques and musical vocabulary are couched so firmly in the past, yet never feel as if he isn’t expressing himself wholly in each and every musical and creative decision he makes. This fact remains true whether he’s playing something well-rehearsed, replicable, and measured or something purely improvisational.

Though this column does focus on instrumental music — there are several astounding, hoot-worthy, slapdash, and gorgeous tunes on How I Hear It — it should be noted that Stephens can be just as present and in-the-moment with his banjo playing and improvisation instrumentally as when he’s singing harmony or lead, often a rare skill in banjo players. Anyone who’s enjoyed a performance by Stephens, the duo with his wife (billed tongue-in-cheek as The Stephens Brothers), High Fidelity, or any of the many bands that have featured Stephens as a sideman, will know just how jaw-dropping this talent of his can be. Acrobatic, nearly impossible Don Reno licks spat out rapid fire from his fingers while singing or playing syncopated against himself – it’s a sight and sound to behold.

How I Hear It tracks “Sockeye,” “Lady Hamilton,” “The Old Spinning Wheel,” and “The Bells of St. Mary’s” perfectly capture the energy and ethereal quality of Stephens’ live playing in a way many more sterile bluegrass albums, and purposefully more modern sounding records, can only aspire to. With backing musicians such as Logston, David Grier, Mike Bub, Hunter Berry, and more, the entire project is the perfect vehicle to highlight and showcase this truly idiosyncratic — yet diversely and expertly pedigreed — style of banjo playing that’s all at both unapologetically old school and well-suited for a long, long lifespan into the future.