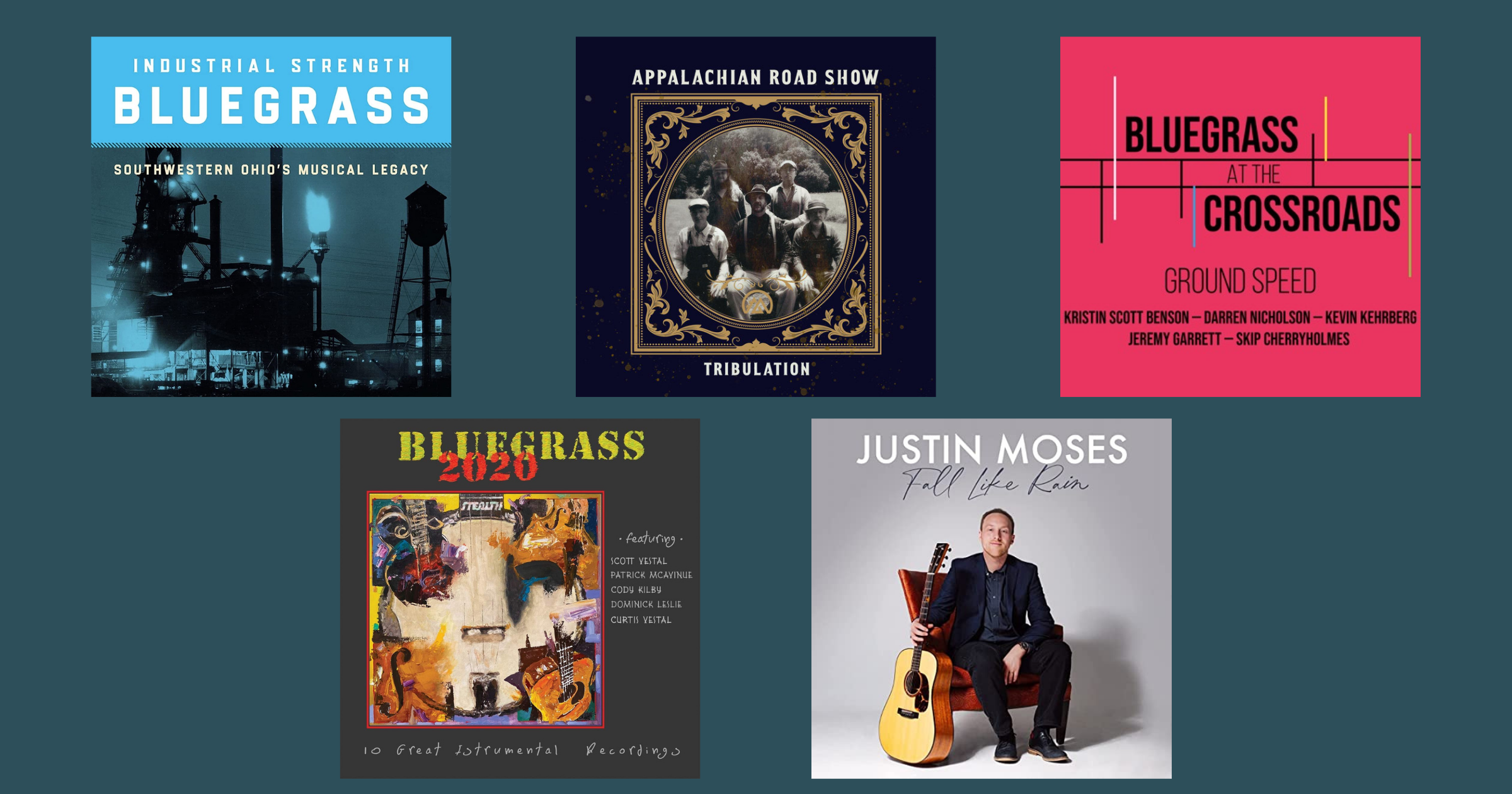 We’re just over a week and a half away from the International Bluegrass Music Association’s annual awards show held in Raleigh, North Carolina. Bluegrass being a technical, virtuosic genre, the awards have always included efforts to note, encourage, and honor instrumental music and instrumentalists. Each year five bands or acts are nominated for Instrumental Group of the Year, as well as individual songs nominated for Instrumental Recording of the Year. Today we’ll spend a little time with each of the nominees in the latter category, a collection of five instrumentals that showcase collaborative, exciting lineups, some acrobatic mandolin picking, and the exciting depth and breadth of the musical talent evident in the bluegrass community.

Appalachian Road Show is Barry Abernathy, Jim VanCleve, Darrell Webb, Zeb Snyder, and Todd Phillips, kicking off the Instrumental Recording category with our first supergroup of the bunch. Their titular tune, from the 2020 album, Tribulation, feels like an exciting, galloping journey with twists and turns and a slight darkness, like evening creeping over an Appalachian holler. Appalachian Road Show is the second-most nominated band this year at the IBMA awards, also up for New Artist of the Year – but don’t be fooled, this group has been making fiery music like this centered on VanCleve’s signature sawing for several years now.

It’s easy to tell, from this 2020 rendition of “Foggy Mountain Chimes” or from any sample taken from this series of recordings helmed by Vestal, that his commitment to traditional bluegrass, that constantly pushes the envelope, is matched only by his commitment to crafting recordings such as these, where the most tangible throughline – perhaps the only throughline, besides Vestal himself – is the community and the music-making first and foremost.

Bluegrass at the Crossroads — “Ground Speed”

And, another supergroup! Mountain Home Music Company, an imprint of Crossroads Label Group in Arden, North Carolina, has been releasing a series of recordings featuring crackerjack bands of artists and musicians from across their label community and friends. This lineup includes Kristin Scott Benson of the Grascals, Darren Nicholson of Balsam Range, Jeremy Garrett of the Infamous Stringdusters,  Skip Cherryholmes of Sideline (and yes, Cherryholmes), and professor, bassist, and musicologist Kevin Kehrberg.

It’s not uncommon for this IBMA Awards category to include traditional numbers from the bluegrass canon but it’s certainly a treat to have two such thoughtful – and downright fun – Earl Scruggs numbers up for the trophy this year.

If you haven’t had the good fortune to stumble upon it yet, scholar Neil V. Rosenberg has been taking BGS readers down memory lane, describing the 1989 Dayton Bluegrass Reunion that went on to inspire not only a book, Industrial Strength Bluegrass, but this new Joe Mullins-produced Smithsonian Folkways compilation album by various artists, too. This track features Sierra Hull with a band including Ben Isaacs, Kristin Scott Benson, Glen Duncan, Josh Williams, and the rarest of rare, bluegrass drums by Phil Paul. “Mountain Strings” was originally recorded by Red Allen and its composer, mandolinist Frank Wakefield. The album’s in-depth and museum-like liner notes get it right when they describe Hull’s rendering of the tune as inhabiting “rock and roll swagger,” much like the song’s originators. The ear-puckering cross tuning will stick in your craw, executed with a precision Hull accomplishes universally and deftly.

The Instrumental Recording of the Year category is always great at showcasing bluegrass’s endemic talent, but this year it really confirms and reconfirms the skill of many pickers, several of whom are nominated on more than one recording in this category, as you will have read already! Sierra Hull appears once again, this time on a track with her husband and musical compatriot Justin Moses, who assembled yet another Instrumental Recording supergroup on his Fall Like Rain project released in January of 2021. “Taxland” – a Tunesday Tuesday feature when it was released as a single in October 2020 – was inspired by all self-employed musicians’ least favorite time of year and features some of Hull and Moses’ signature double mandolin stylings, backed by Michael Cleveland’s jaw-dropping fiddle, Bryan Sutton on guitar, and Barry Bales on bass. It’s a tune that feels rollicking and impressive, but entirely musical, too – a quality not all bluegrass instrumentals share.

Congratulations goes to all of this year’s Instrumental Recording nominees, every one a deserving finalist for the award.