Are We on the Verge of a Golden Age of Protest Music? (Op-ed) 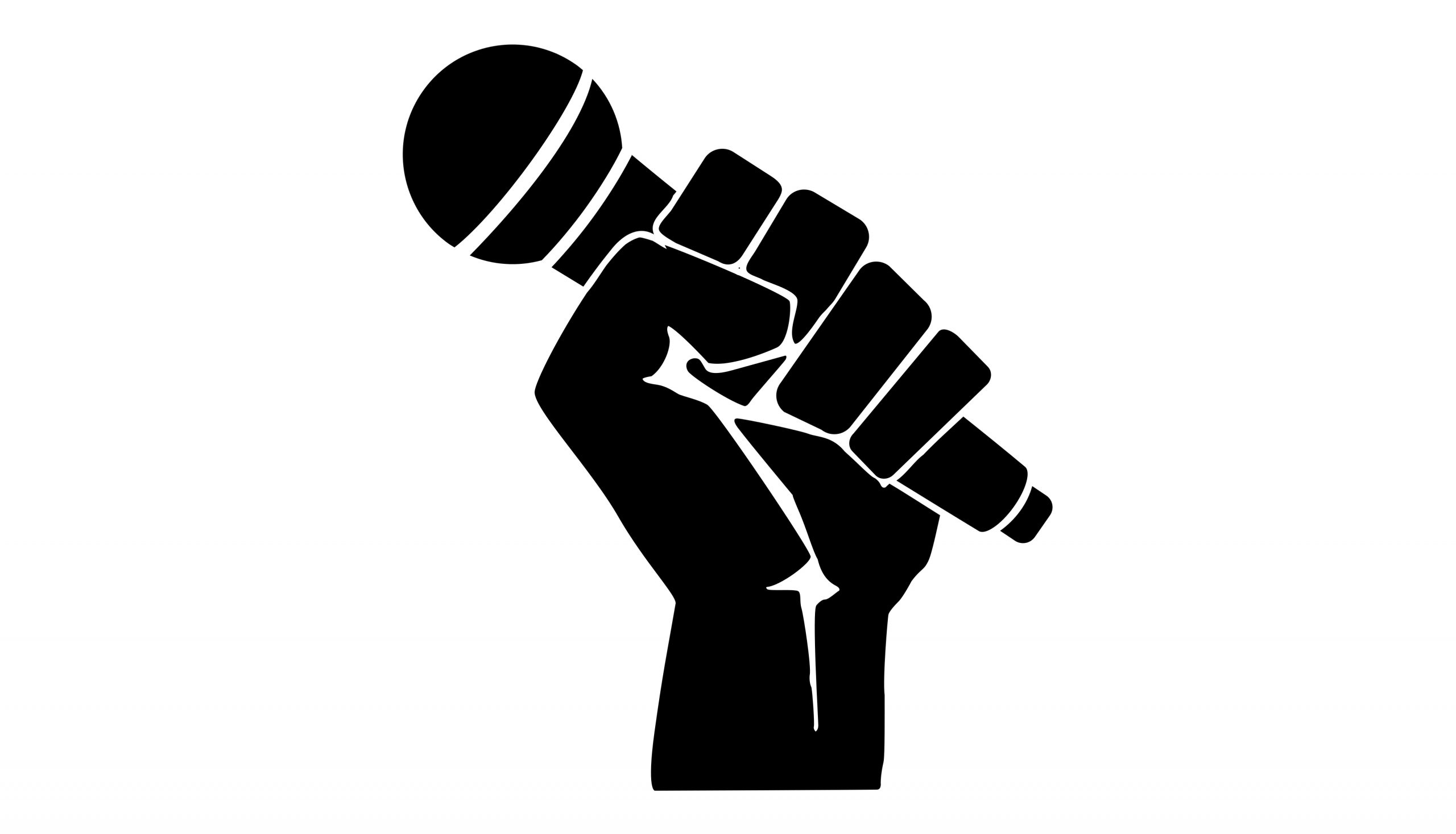 A few weeks ago, I finished the final draft of an editorial about the modern state of protest music. The Bluegrass Situation had asked me to write on this topic because I had just released an album called How to Dream Again — a largely political album in which I attempt to examine the current state of America by asking questions about the American Dream, the failures of our economic and political systems, the ongoing issue of racism in this country, and whether there's any hope for potential solutions. The tone of the piece I wrote was measured, and largely optimistic.

Then, Donald Trump was elected president.

Everywhere you look, people are uncertain about the future and angry about problems that seem to have no immediate solutions. On an almost weekly basis, another Black or brown person is killed by a police officer. The middle and working classes have been eroding for decades, there aren’t enough jobs for those who need them, and many of the jobs that exist are unstable and low-paying. Our governmental institutions have ground to a halt due to partisanship and public distrust. An opiate epidemic is ravaging Middle America. Scientists say that the amount of carbon dioxide in our atmosphere will cause temperatures and sea levels to rise dramatically in the coming decades.

Half of the country — at least, half of those who actually voted — responded to this pervasive uncertainty and anger by voting for Donald Trump — a con man, a liar, and a racist. His lack of knowledge and preparation alone should have been disqualifying. His election has already sparked racial violence and protests across the country. He has promised to deport millions of people and ban Muslim immigration to the country. His aggressive rhetoric and unpredictable temperament threaten to spark international conflict. He has already named a climate change denier to staff the EPA and a known KKK sympathizer to lead his administration.

The frustration and change of the past several years has given us glimpses of a coming golden age of protest music. Kendrick Lamar’s To Pimp a Butterfly may come to define the Black Lives Matter movement in the same way Sam Cooke and Bob Dylan defined the Civil Rights Movement. With their new album, American Band, Drive-By Truckers haven’t only put out their best work in a decade, they've crystallized our current political moment. Still, these examples are largely viewed as one-offs rather than part of a larger trend.

In light of the election of Donald Trump, this can’t remain the case. In my original piece, I encouraged songwriters who “feel called to write protest songs” to step up and do so. Now, that rhetoric feels too soft. Now, we have a responsibility to do so. I’m not saying that every song you write should be a political screed. But we must use our voices to inform people, rally people together, and help mobilize a movement that will resist the dangerous forces that Trump threatens to unleash in the next few years.

This can be a scary step to take. I know from experience. Two years ago, after putting out two albums in quick succession, I felt like I’d run out of things to say as a songwriter. At the same time, I was growing increasingly frustrated with the political landscape. After reading AIynda Segarra’s May 2015 Bluegrass Situation piece, in which she called on folk musicians to — in the words of Bell Hooks — “fall in love with justice” and use our music to discuss issues of social justice and human rights, I decided I wanted to write songs with greater political relevance. Almost immediately, though, I got scared. I was scared of rubbing some people the wrong way. I was worried about the effects this direction might have on my career. Mostly, I was scared that I wouldn’t be able to write good songs in this new style. But I kept repeating the mantra I’d adopted when I first made the terrifying leap into my music career: Lean into your fear.

So I got to work. And two years later, my earlier fears have evaporated. I filled my brain with ideas related to politics, history, economics, and race — studying writers like Naomi Klein, Noam Chomsky, Ta-Nehisi Coates, and Thomas Piketty — and wrote, rejected, and edited dozens of new songs. Along the way, I learned to write songs that effectively blend the personal and the political. And as I’ve spent the past year traveling around the country playing the songs that ended up on How to Dream Again, I haven’t encountered any heckles or boos. In fact, I’ve been humbled and surprised by the positive reaction to my political material. Over and over, I’ve heard people express how much they're craving honest, thoughtful voices that can help them frame and understand what’s happening in the country and the world.

After all, we live in a time when it seems like there are no trustworthy leaders, institutions, or public figures left. Church attendance is at an all-time-low. Distrust of government is just about about the only thing liberals and conservatives can agree on. Time and again in 2016, the media has proven its inability to understand the changes happening in the country. Hell, even Bill Cosby — the one-time epitome of a wise, honest father figure to many of my generation — turned out to be a monster. And as we’ve learned in the past year, where courageous, trustworthy truth-tellers fail to emerge, demagogues thrive.

All of us humans have a deep need to understand the world we inhabit. We need to be reminded of universal truths. There will always be a need for songs about love, pain, and heartbreak. But we also need to be confronted with temporal, day-to-day truths specific to a particular place and time. These kinds of truths are what folk music was created to communicate, long before the Internet and cable news. As Woody Guthrie put it, “A folk song is what's wrong and how to fix it, or it could be who's hungry and where their mouth is, or who's out of work and where the job is, or who's broke and where the money is, or who's carrying a gun and where the peace is.”

This type of information can be life-changing. If it reaches enough people, it can alter the course of history. If more modern-day Woody Guthries had emerged over the past year, maybe Trump’s message wouldn’t have resonated the way that it has. This is the deep power of folk music. Perhaps the next golden age of protest music has yet to arrive because we, the next generation of songwriters, have yet to fully realize this power.

It’s understandable. As songwriters and musicians, we're reminded of our weaknesses on a daily basis. No one buys records anymore. Fewer people are going to shows. Streaming pays fractions of a cent per play. I don’t need to remind you: Your bank statements and half-empty clubs are daily reminders, as are mine.

I think many of us secretly believe that our songs don’t matter. We were born with the gift — and curse — of needing to make music so badly that we can’t do anything else. But we were also unlucky enough to be born in exactly the wrong time, a time when songs have become practically worthless. It can often feel like no one is listening to these songs that we’ve devoted our lives to creating.

If you’re a songwriter, or an artist of any kind, now is not the time for apathy, complacency, solipsism, or silence. You have a mouthpiece, even if it’s relatively small, and we all need you to use it. Be brave. If, as Woody Guthrie once said, all human beings are really just hoping machines, then it's our job to provide the fuel.

So protest and encourage solidarity through your art. It’s not as scary or as hard as you think. God knows there’s plenty of material out there, and audiences are hungry for these kinds of songs. Our country and world desperately need them, now more than ever. If enough of us listen to our intuition, lean into our fears, and dig deeply to find new kernels of truth, we just might discover a power we didn’t know we had — the power to inspire thought and change, to bring people together around a common cause, and to drastically change the political conversation in our country and around the world.

Max Porter is a singer/songwriter who performs as M. Lockwood Porter. His newest album, How to Dream Again, came out this September on Black Mesa Records (US) and Hidden Trail Records (UK/EU).