Artist of the Month: Anaïs Mitchell 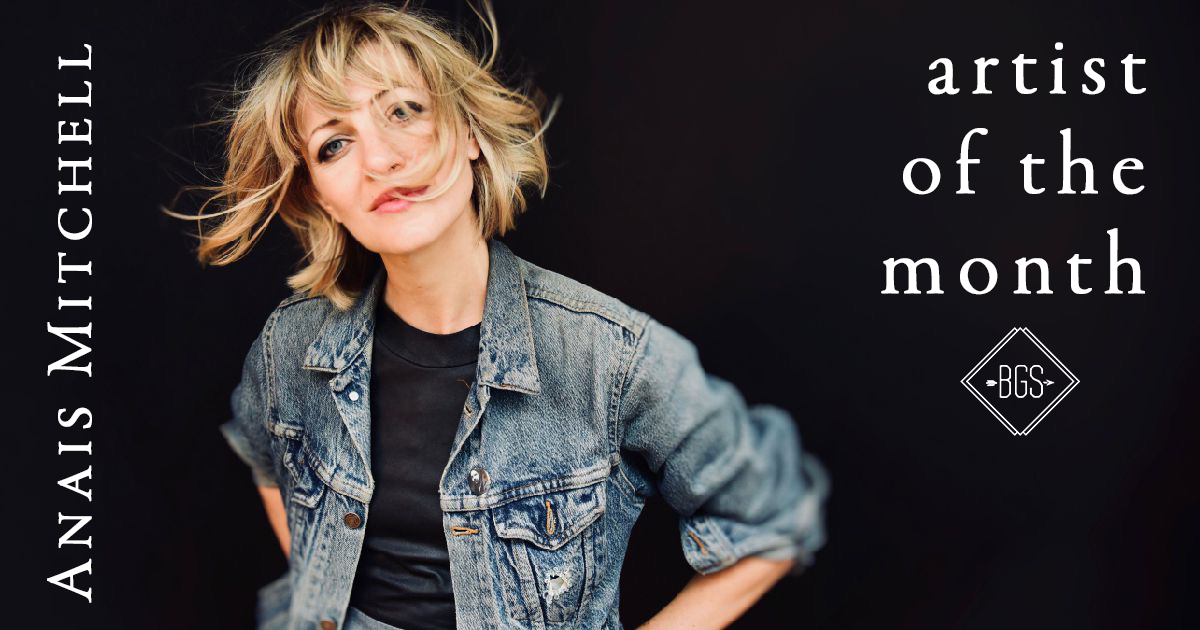 The world has finally caught up with Anaïs Mitchell. With sold-out runs in London and New York, near-constant critical acclaim, and a sweep of eight Tony Awards, the Vermont native was quite literally center stage last summer accepting the award for Best Original Musical for her creation Hadestown.

But Anaïs Mitchell has been center stage for a very long time — it’s the size and location of the venue and audience that has changed. With five solo records under her belt, a growing collection of collaborative projects ranging from a record of obscure English ballads (Child Ballads with Jefferson Hamer) to a new supergroup Bonny Light Horseman (with Eric D Johnson of Fruit Bats and guitarist Josh Kaufman), and the decade-long evolution of her now-famous folk opera Hadestown, Mitchell is profound not only in her turnout, but in the indisputable quality and beauty of everything she touches.

That’s why we’re excited to present her as BGS‘ first Artist of the Month for 2020. Throughout the month, we’ll be digging deeper into her career with an exclusive interview feature by Stephen Deusner. After all she’s accomplished in the last decade alone, we can’t wait to see what’s next for her in the one to come. For now, enjoy our Essentials playlist and prepare yourself for the Month of Anaïs Mitchell.