Artist of the Month: Josh Ritter 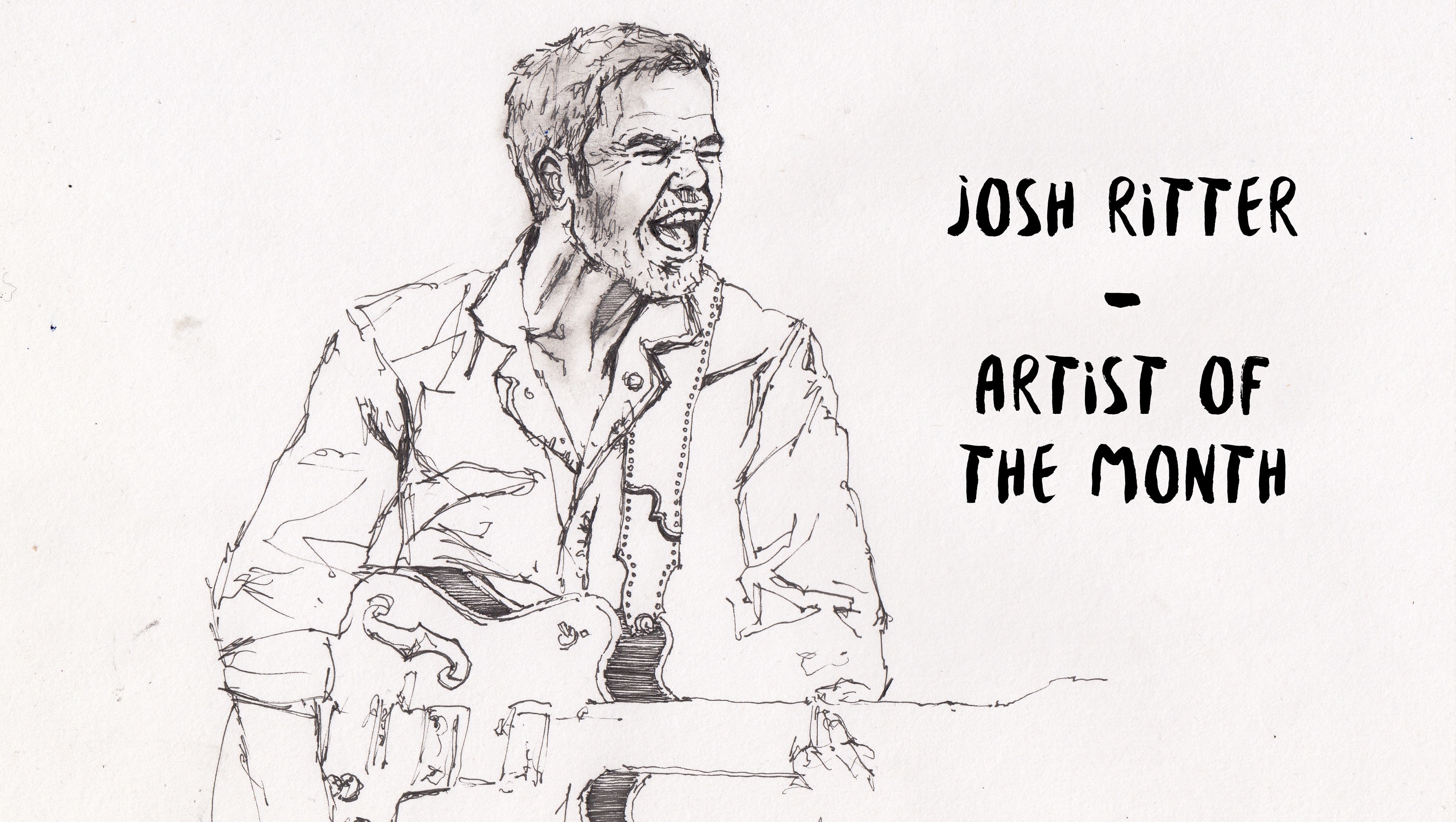 Our June Artist of the Month is Josh Ritter, whose songwriting ambition has led him to stages around the world. It’s been 20 years since he first set out as a solo artist with a self-titled debut album, first performing in local clubs, then securing international gigs in Ireland and beyond. Now he’s touring behind his brand new album, Fever Breaks. As one surveys his catalog, it’s easy to put Fever Breaks alongside 2006’s Animal Years and find some comparisons between the topical songwriting, the cover illustrations, and the passion he brings to both.

Ritter opted to enlist Jason Isbell as a producer on Fever Breaks and even used Isbell’s band, The 400 Unit. It proved to be an interesting move, especially given that Amanda Shires happens to be a huge fan. Working as… well, a unit, the ensemble captured something special in these Nashville sessions — a vibe that Ritter is carrying out on the road with his own Royal City Band. Throughout the month BGS will be featuring music from throughout Ritter’s career, as well as a two-part interview conducted before a spring concert in Tennessee.

For now, as we anticipate the month ahead, spend some time with a collection of some of our Artist of the Month’s best work in our new Essential Josh Ritter playlist on Spotify.