Artist of the Month: Peggy Seeger 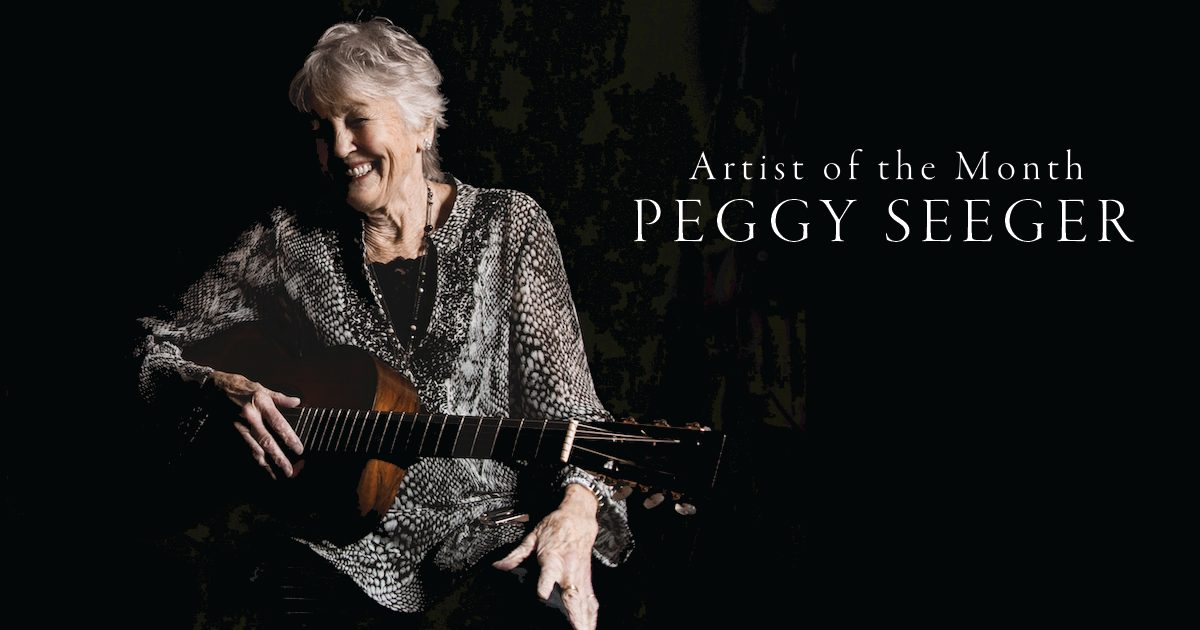 Peggy Seeger is saying goodbye to recording and the road with First Farewell, which she’s considering her likely final album in a career spanning seven decades. A folk legend in her own right, Seeger comes from a sterling musical pedigree, and she’s ensuring that lineage continues by enlisting her sons Neill and Calum MacColl to join her on the album.

Seeger’s reemergence is marked by “The Invisible Woman,” immersed in a perspective that anyone of a certain age can understand. Upon its release, she noted, “My older son Neill MacColl was hesitant for ages about co-writing with me. He turned up at my home one day, laid his 6’1” self along my two-seater sofa and laconically offered a possible subject for a song. ‘The Invisible Woman’ strolled in gradually, wearing clown shoes and lace underwear. We ended up with a song that expressed an uncomfortable new feeling that was creeping up on us both, but that echoed the folk songs that I’d sung to him since birth.”

For dedicated fans of folk music, Seeger remains an important figure in a family that shaped the modern folk era. Her mother, Ruth Crawford Seeger, is a notable composer who was the first woman to be awarded the Guggenheim Fellowship Award for Music. Her rather, Charles Louis Seeger, did pioneering work in ethnomusicology at the University of California in Los Angeles, while her brother Mike Seeger and half-brother Pete Seeger carved out their own indelible careers in the folk framework. Peggy, though she was a child, may also be credited with discovering singer-guitarist Libba Cotten, who worked in the Seeger home.

At 85, Peggy Seeger stands as a folk icon in England and America, and if First Farewell is her swan song, she’s still making herself heard on topics ranging from suicide and loneliness, to social media and modern slavery. Fans in the UK can expect multiple tour dates to support the eloquent project. Our two-part, exclusive interview is available now (Read part one here. Read part two here.) and we hope you enjoy our Essential Peggy Seeger playlist, as well.