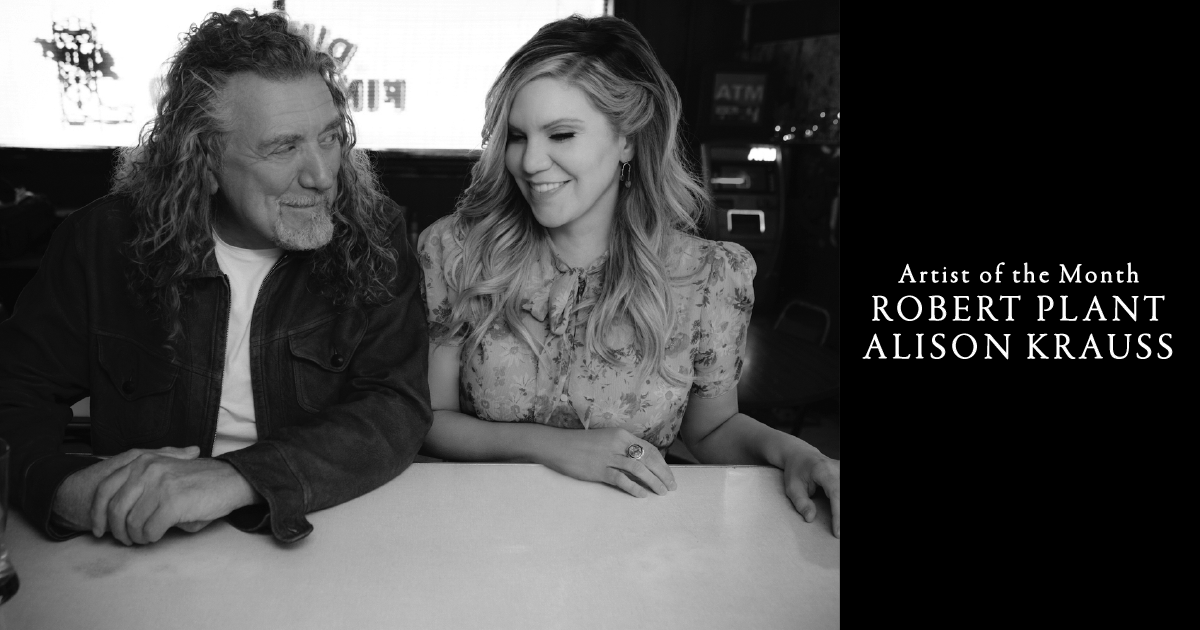 Who knew that Raise the Roof would blow our mind? Robert Plant and Alison Krauss surprised their fans with news of a sequel to Raising Sand, which became a sleeper hit of 2007. Coinciding with the reveal, the duo issued their take on “Can’t Let Go,” written by Randy Weeks and popularized by Lucinda Williams. Raise the Roof, set for a November 19 release, offers many other unexpected delights in its track listing, for the listener as well as the artist. “You hear something and you go ‘Man, listen to that song, we got to sing that song!’ It’s a vacation, really — the perfect place to go that you least expected to find,” Plant says.

Krauss adds, “We wanted it to move. We brought other people in, other personalities within the band, and coming back together again in the studio brought a new intimacy to the harmonies.”

Raise the Roof also features an original track composed by Plant and T Bone Burnett (who produced the album) titled “High and Lonesome,” although don’t be misled. It’s not a bluegrass song, but rather a slow burn rock ‘n’ roller. Other writers represented on the project include Merle Haggard, Allen Toussaint, The Everly Brothers, Anne Briggs, Geeshie Wiley, and Bert Jansch. Krauss says, “One of my favorite parts of this is the songs and songwriters that I had never heard of. Working with Robert, and with T Bone, is always a great education in music history.”

Speaking about the album, Plant notes, “It’s such a far cry from everything I’ve done before. I love the whole kaleidoscope of music that I’ve explored, but this is a place where you can think within the song, you can decide how to bring home an emotion. It’s another blend that we’ve got, and long may we have more of them.”

Look for posts and stories about this incredible duo throughout November, leading up to the release of Raise the Roof. And don’t miss our BGS Essentials playlist for Robert Plant and Alison Krauss below.