Artist of the Month: The Secret Sisters 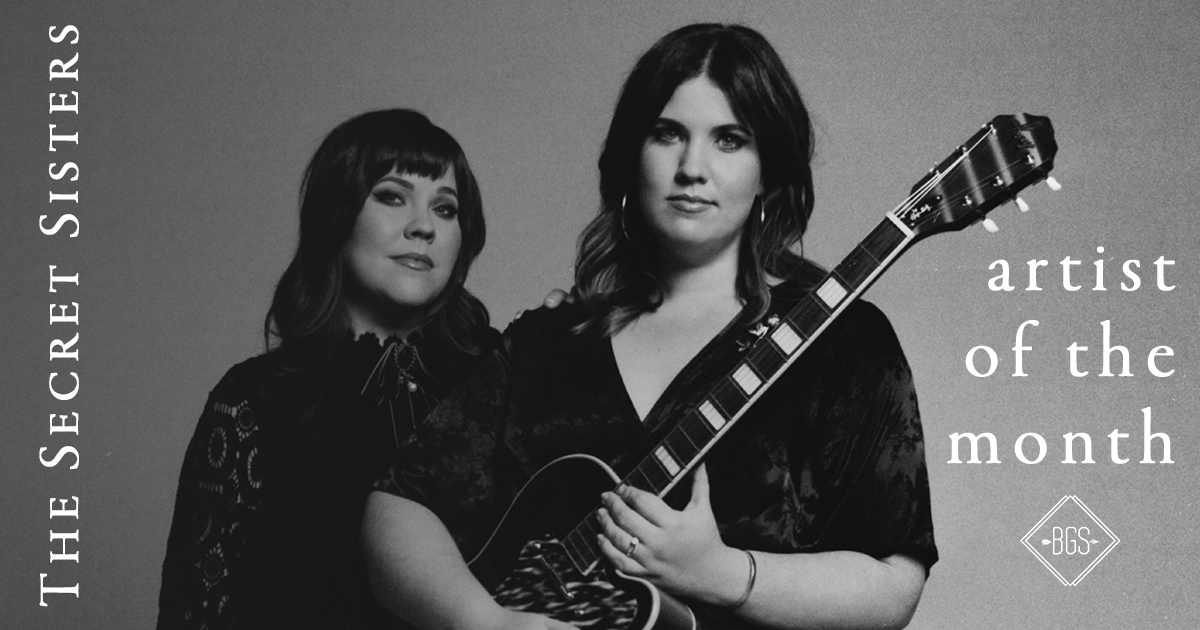 The secret is out, as the Secret Sisters have finally issued their newest album, Saturn Return. Time is a through line of the project, heard in songs like “Late Bloomer,” as well as the album title, which is an astrological reference to Saturn returning to the same location in the sky as it was when you were born. Motherhood also informs the music, as sisters Lydia and Laura Rogers were new mothers at the time, but also grieving the recent loss of their grandmothers.

Produced by Brandi Carlile and Phil and Tim Hanseroth (aka “The Twins”), Saturn Return positions the sisters as solo vocalists to some degree, as both Lydia and Laura recorded separately for the first time. And in contrast to their other albums, they wrote all of the material here themselves. A sweet celebration of the women who came before them can be found in the opening track, “Silver,” while the final track, “Healer in the Sky” is poignant, vivid, and simply beautiful.

Look for a two-part interview with the Secret Sisters — our BGS Artist of the Month for March — in the weeks ahead. (Read part one here. Read part two here.) In the meantime, enjoy our Essentials playlist, comprising choice covers (including one of Carlile’s songs), rare and interesting collaborations, and new music you’ll want to hear from Saturn Return.