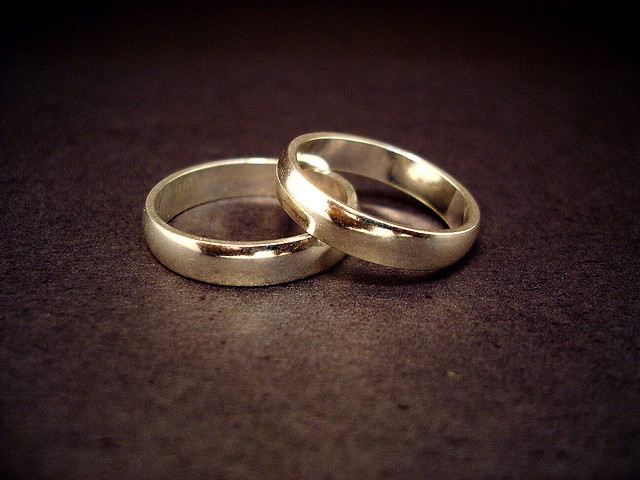 Asheville, NC — Devoted wife Erin Stanton remained unaware of her open relationship status on Monday night as she awaited the return of her husband from a two-week run of dates with his band.

“I know the band isn’t dropping Ben off until nine-ish, but I’m sure he’ll be hungry, so I’m keeping the lasagna warm in the oven. I’ll reheat it at 8:45.” She tilted her head and considered, “Maybe they stopped for fast food along the way? But I’ll have something waiting, just in case. Excuse me, I have to run downstairs to see if we still have some of that scotch he likes.”

Ben Stanton, bass player in local band Little Sizzle, had indeed already eaten dinner, spending half of his band split with his side dish Katie Kenwood at an upscale restaurant just outside of town. When Kenwood inquired nervously whether his wife would worry why he wasn’t home yet, Ben brushed it off.

“Erin’s so progressive, man. She knows I’m with you and she’s not expecting me back until after nine. I can always call and tell her I’m staying at your place tonight, if it gets late. I love this open marriage thing.” Ben stopped short, trying to remember if he still had any condoms left in his Dopp kit after weeks on the road telling women he was free to sleep with whomever he wanted. Sure the box was empty, he made a mental note to pick some up next time he stopped for smokes.

“I wonder if he’ll want to watch a movie and relax or just go straight to bed,” Erin wondered aloud, changing into lingerie and a robe and readjusting the candles on the bedside tables. “Probably bed … two weeks is a long time for both of us to go without sex. I have my romance novels, but he’s stuck with his stinky band mates, the poor guy.”

Meanwhile, Ben, who was getting humped in the backseat by Kenwood in a cul-de-sac a few streets over, checked his watch and finished quickly. “I’ll see you this weekend, babe,” he said as she dropped him at the end of the Stantons' driveway. “Erin’s going over to her sister’s house and said it was cool to hang with you.”

The back door swung open just as the oven timer was going off and Erin was deciding whether to strike a sexy wall pose or rush with abandon to greet her road-weary husband. Feigning a full-body yawn, Ben dropped his gear, pecked his wife on the head, and headed to the bedroom.

“Can I get one of your famous foot rubs, baby? I missed our home so much.” Her husband began snoring after a few minutes, so Erin tucked his feet under the covers, smiling to herself about the small joys of a committed relationship.