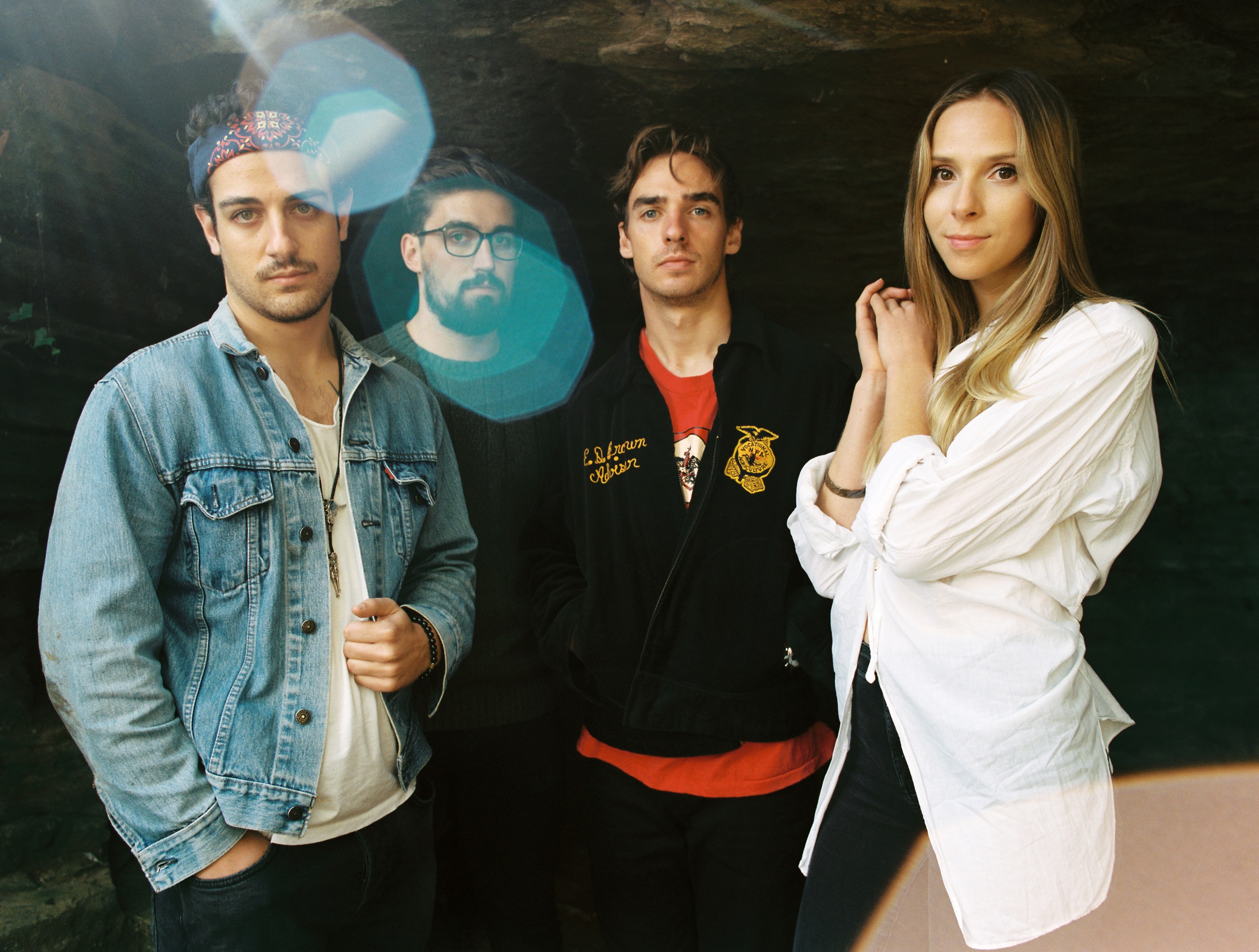 The primary influences that inform our music are really our musical heroes. Many of the songs I write come out of listening to some piece of music, getting inspired by one part of it and examining and working around that. Film and TV are other inspirations that I think find their way into the songs. I’m intrigued by movies and TV that examine a specific character. There are so many movies right now that do an amazing job of showcasing a complex, flawed character, while allowing the audience to empathize with them. I think a lot of songwriting is doing just that, telling a story while unapologetically showing both the good and ugly sides of it. — Khalid Yassein

There have been many tough times writing songs. Not so much in an emotional sense, often the most difficult songs emotionally songs are the easiest for me to write. A lot of times in the last few years we’ve written songs where one part of it is really strong, so writing the rest of it to live up to that standard can be exceptionally hard. I’ve got some songs that have been in the works for a few years now, and you can absolutely hit a wall. It can be a lot of frustration, and sometimes 90% [of your time] can be spent toiling and thinking, and then in the span of a few minutes it suddenly becomes perfectly clear what you have to say. It’s about persistence and trying not to put too much pressure on what should be an organic experience. — KY

We start every show with an off-stage huddle. We get into a circle, and whoever is feeling the most energetic will say a few words to pump us up. Then we count to 3, bonk our heads together and say “team!” It sounds pretty ridiculous, but it really gets us focused and in tune with one another. We haven’t developed many studio rituals yet, other than consuming lots of coffee and making Khal drink some whiskey when we want him to sound more raspy. — Andrew Oliver

Living in Toronto, we experience the extremes of each season. From harsh winters to hot summers, and the beauty of mild springs and falls, it’s easy to be inspired by the changing landscape. Having distinct seasons also allows for memories to be tied to a specific time of year. I think this definitely informs my songwriting, as it creates a sort of nostalgia associated with each season. I know I definitely write more sad songs in the winter when I’m longing for a little sun. — Devan Glover

Getting away to spend time outside of the city is something we all love to do. Clearing your mind by spending time in nature can be very therapeutic, and always helps to put me in a creative headspace, so it probably indirectly informs a lot of my music and writing. Sometimes when I’m feeling stuck creatively, I’ll drive up to my cottage for a change of scene. — KY

I usually write in first person, but I don’t think I’m fooling anyone with a sneaky pronoun change. If you think switching up “I” and “you” is going to protect yourself you’re probably in the wrong business! Most of our songs are really about us and our lives so we have to accept being vulnerable in a very public way. It can be difficult and scary but I think people can tell if you’re being authentic or if something is contrived. Some of my favourite writers say things in songs that are so raw and unashamed, and it’s incredible. Those are the lines that stick with you forever, they make you feel something. — KY