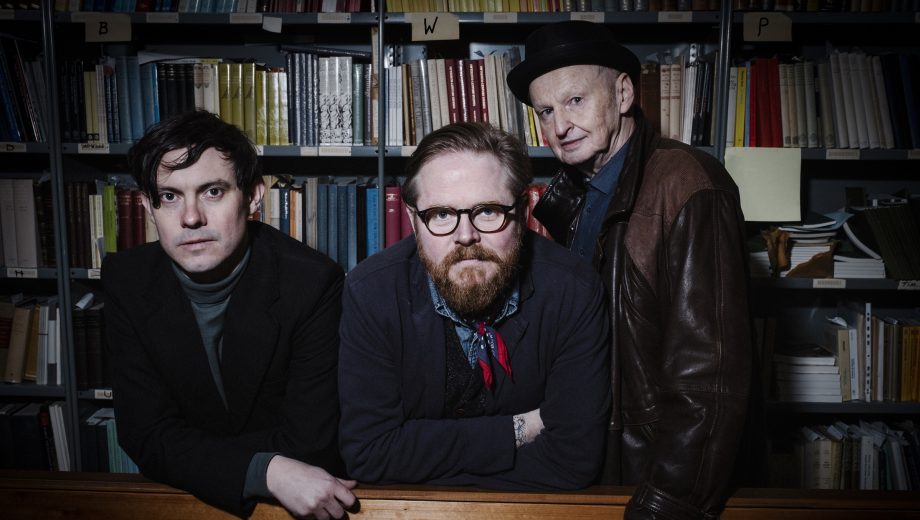 Sounds Like: Hard to pin down but at a push I’d say Crosby, Stills, Nash & Young but there’s something of the Tom Petty about these guys and a little Schoolhouse Rock. Maybe a bit of Belle and Sebastian…. As you can tell they are pretty eclectic.

Why You Should Listen: Here’s the thing, I’m writing this in a pub. Try not to judge me, I’ve just moved and my broadband hasn’t been installed yet. However, even if I had Wi-Fi in the studio, I might be writing this in a pub anyway because: A) We do a lot of important things in pubs in the UK; and B) I can think of no finer three fellas to spend the afternoon in the pub with.

Individually each of these guys are musical heavyweights in the UK. Danny Wilson is the mighty leader of Danny and The Champions of The World and formerly Grand Drive, who has been moving and grooving since before Americana was even a word in the UK. Robin Bennett is one half of the swoony brother group Dreaming Spires and Saint Etienne. Tony Poole is from Starry Eyed and Laughing (a.k.a. the English Byrds), all-around wizard of a producer, and master on the electric 12-string Rickenbacker.

Listen to any of these guys individually and you’re already having a great day, all together and you’re looking at a great week if not month. The three work wonderfully together, leaving egos at the door, each taking turns on lead vocals but joining in on perfect harmonies when the song calls for it.

Sonically the album is varied, rich and layered with echoes and mirrored sounds. Lyrically it’s just as deep with songs inspired by the murder of UK politician Jo Cox (“Hate Won’t Win”) and harrowing photos of refugee boats in the Mediterranean (“Lifeboat”). I hope I’m not damning them with faint praise when I say this is a well-rounded album in every sense of the word. An album for our times. Some say trio, I say UK Americana supergroup