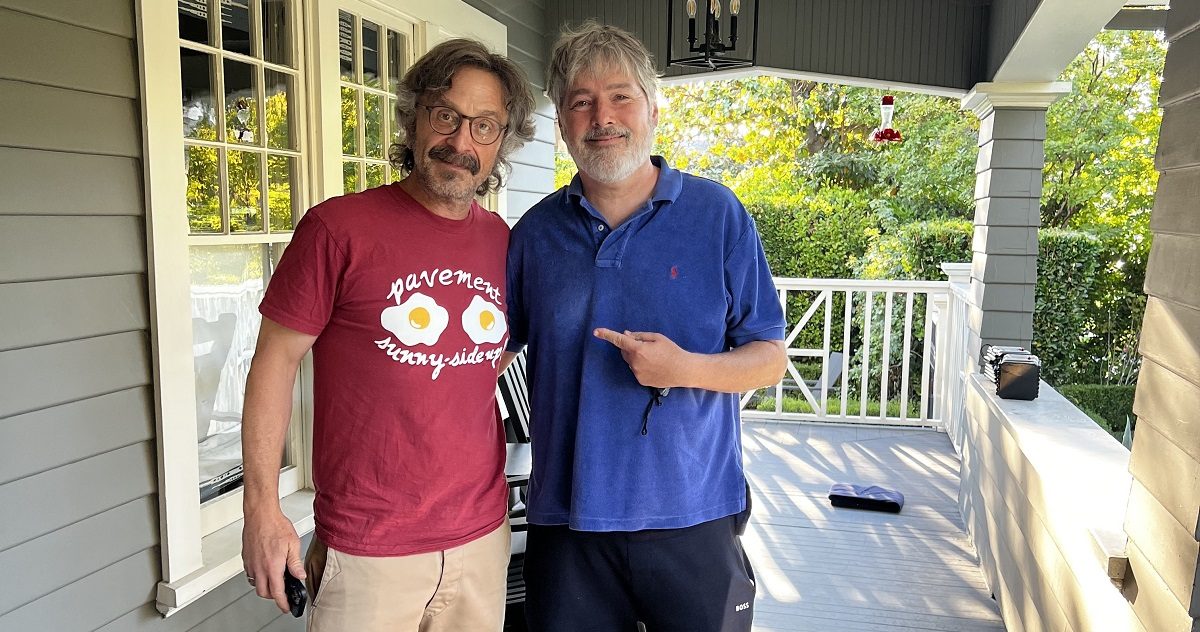 Since the 1970s, Béla Fleck has put his own mark on nearly every kind of music, from bluegrass and classical, to jazz and Latin, not to mention the exceptional albums with Indian and African roots. That can make him a hard guy to interview because there’s just so much to cover. Fortunately, accomplished podcast host Marc Maron is up for the task.

In this wide-ranging interview that lasts roughly an hour, Fleck talks about growing up in New York City, and meeting his birth father much later in life. Leaning heavily on Fleck’s origin story, the conversation explores the musician’s earliest experiences with the banjo, and as the visit continues, it’s clear that he is a lifelong advocate for the instrument, insisting since he was a child that people should take the banjo seriously. The conversation also touches on the important musicians that inspired him along the way, such as Earl Scruggs, Tony Trischka and Tony Rice. (Fleck describes playing on Rice’s album Cold on the Shoulder as “one of the greatest experiences ever.”)

In the fast-moving conversation, one fleeting moment gives further insight into Fleck’s approach to music. About halfway into their visit, Fleck addresses Maron’s self-confessed limitations on guitar. “Fast fingers is not necessarily the only goal,” Fleck responds. “It’s supposed to be an expression of you, and who you are. That’s what music is.”

Near the end, Fleck admits that he avoided bluegrass for a long time as his career progressed, reveals a couple of his upcoming projects, and talks about his family life with wife Abigail Washburn and their two kids. Whether you’re a lifelong fan or new to bluegrass, you’ll want to hear the full conversation between Béla Fleck and Marc Maron below.

Béla will be on the road throughout 2023, including a duo run in the northeast with Abigail Washburn October 14–30, and co-bills with his My Bluegrass Heart band and Punch Brothers. Dates and tickets can be found here.