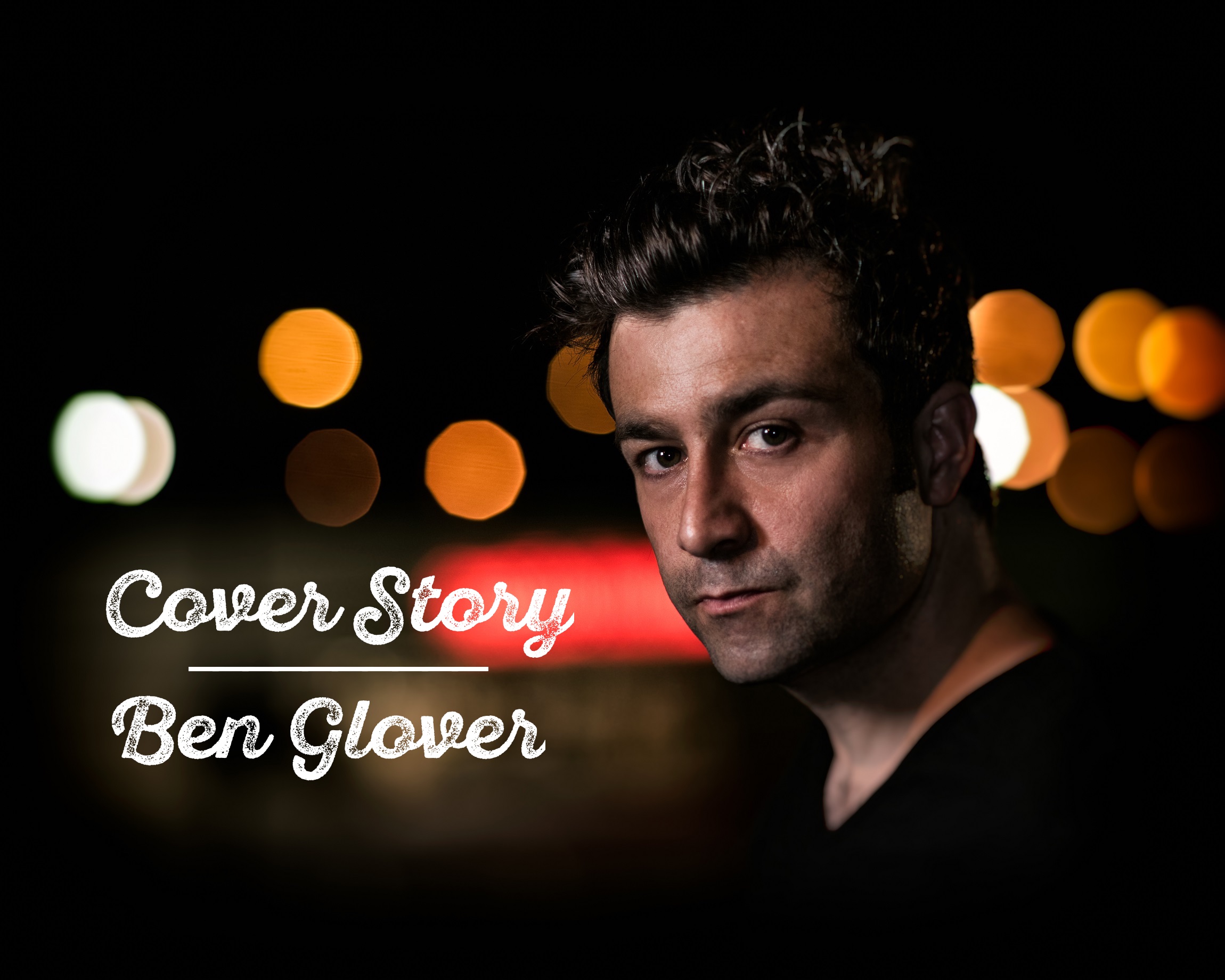 With one foot in his native Ireland and another in his adopted Nashville, Ben Glover has exhibited a restless spirit in the ten years since he released his debut album. But with his new album Shorebound, the singer-songwriter has reached a new kind of land. “I feel I know myself better and know my place better within the world,” he says over the phone from Nashville.

Glover’s newfound stability arose from major life events like getting married and turning the big 4-0, but also from investing in the kinds of creative relationships that can themselves become homes—at least for the wandering troubadours of the world. He largely co-wrote Shorebound with songwriters on both sides of the Atlantic, fusing together the geography that formed him with the creative path that has taken him far afield. With contributions from Gretchen Peters (who co-wrote the Americana Music Association UK’s 2017 International Song of the Year “Blackbirds” with Glover), Irish artists Malojian and Matt McGinn, and many others, Glover has found a port in the storm.

If we look at Shorebound as a truth you’re heading towards, what would you say that is?

It’s the inner sense of knowing that I’m on a path, that I’m heading towards a direction. There’s nothing more frightening in life than when you feel completely untethered and rudderless; that’s when the fear comes in, that’s when the doubt comes in. But at least if you feel you’re on a path or on a direction to something, it allows you to trust the process, and that’s all we can do is trust.

Honestly, I’m not even sure what the shore actually is. I know what it feels like. It’s the feeling of belonging ultimately to myself, and connection—connecting to myself and to the people around me. Knowing that we’re heading somewhere and trusting that we’re getting somewhere.

So many of these songs involve other voices, but on the title track—a solo effort—the piano offers this compelling call and response in absence of someone else joining you on the song. How did you see it functioning?

You’re right that it is a kind of call and response.

It works in the way that voices do in other songs—as a dialogue.

I guess it wasn’t planned.

One of those happy accidents?

You know! I played the song for the boys in the band, and they just fell into that part right away. It’s interesting that you say that because I like the idea that there’s a call and response, because it’s the shore calling. When I wrote that song, it felt very important to me personally because it’s the first time I’ve ever written a song that felt so open and vulnerable.

Basically it’s about my wife. It’s a strange song because if all the songs were people in a room, that probably wouldn’t be the most brass person. It’d probably be standing over in the corner. But of course the album takes its title from that. A lot of people may pass it by, but I like the subtlety of it and there’s a sweetness to it.

It’s a beautiful song. There’s a soft rippling effect that you would get as you approach the shore and you hear the water lapping closer to the land.

That’s really beautiful that you say that. I hadn’t even picked that up in the way that you did, but I’m actually going to tell people that was intended.

Go for it! Getting back to this idea of shores and truths, I love “Northern Stars” for a similar reason. Your imagery about being blinded and losing your way feels so pertinent in this day and age. What do “northern stars” symbolize for you?

The stars are what we map our way with. Well, I guess the ancients did–we’re not so good at doing now.

But it’s nice to think back to that kind of primal connection to the earth, because there’s something inherent there.

I think instinct is vitally important and that all comes from an internal force. Wife, location, all those things are my northern star—they’re all part of it. As well as my instinct. The two guys I wrote it with, Matt McGuinn and Malojian, they’re both from Northern Ireland; I wrote the first verse and I wrote the chorus and I sent it to them.

Even mentioning the word “northern” was deliberate on my part because I wanted to convey the sense of Northern Ireland. Ultimately the message of that song is that sometimes it is so easy to lose your way, and sometimes all we want to do is lay our head down and be at ease in a moment of peace. Ultimately feeling that ease with yourself and with somebody else.

Speaking of ease, restlessness and searching and themes of movement have been pretty predominant in your catalogue. Shorebound, however, radiates a greater sense of stability. How did you cultivate that internally? Or was the process more exterior at first?

Well, it’s ongoing. That’s for sure. Certainly, when I started writing the record—probably two years ago—my thought was not, “I’m at ease now, let me write a record.” It often happens that you write a bunch of songs, and the theme only becomes apparent after you write those songs. As I say, I moved to Nashville 10 years ago, and I still have one foot either side of the Atlantic.

It can be hard in terms of an identity at times.

It can but I think when you’re in that position you have to dig deep to find your identity. It can be very unsettling. It makes you feel ill at ease sometimes because you love two places. Sometimes you feel your heart can’t cope with being connected to two places. I think overall it’s a benefit because you have to really explore that unease and explore what causes it, and how you deal with it. When I look back at my last record, The Emigrant, I was in the process of getting my immigration stuff sorted; my move between countries was very much at the forefront. I think I have two homes, but it’s the people that ultimately make that. My family in Ireland, that’s who I miss most when I’m away. When I’m away from America, it’s my wife and my friends I miss most. It’s the people at the end of the day.

Are you always in a state of missing somebody?

You know, it’s kind of tragic, but I guess I’m always missing somebody. I don’t mean this to sound depressing or sad at all, but my life the past ten years is a series of farewells and hellos. Every time you leave somewhere there’s a little bit of grief. Every time you land somewhere, there’s that joy that comes with it.

Also the older it gets, the harder it gets. You would think the more you say goodbye to people and leave home or whatever that it gets easier, but my experience is that it actually gets harder. There’s that inner thing where the older you get and the older your parents get, you’re more aware of the fragility of life. When you’re younger, you don’t think about that. You just do it. I guess there’s always that lament inside of me, for a place, for people, but I don’t see that as a negative thing.

I was struck by the imagery you used to describe co-writing—it’s a process of excavation so better to have more hands digging than fewer. Are those discoveries more poignant when they take place with another person rather than by yourself?

I think the shared experience is very important because if you find a song or a thought with somebody, you know at least it connects with one other person. It validates that thought a little more. If you’re writing on your own, you can be in a cocoon, you don’t really know the parameter of the thought, if that makes sense.

There’s a real power in sharing vulnerability with another writer. It’s not necessarily easier to be vulnerable with someone else in a creative aspect, but there’s something pretty deep with that because you’re exposing yourself with another human being, another spirit. When it happens on a deep level, it’s incredibly empowering, and that’s the thing that makes me go back and do it more. Ultimately, what I’m trying to do here is express the personal in the hope that it connects with the universal.

It does, and not to get too starry-eyed about it, but for those of us who lack one singular geographic home, our connections with people can become a new kind of home.

Absolutely. It’s difficult because once you start talking like that, you run the risk of sounding like magical surrealism, but it’s true though. You end up creating this concrete unit you live in as your creative home and that knows no borders. That’s what I love about how Shorebound turned out—the collaborations were from both sides of the Atlantic. When I write a song with somebody and there’s a real connection, I feel really at home, really at ease, really at peace. Also very, very excited. That’s ultimately what it’s all about. We’re all trying to connect—with ourselves, with other people, with the world around us. 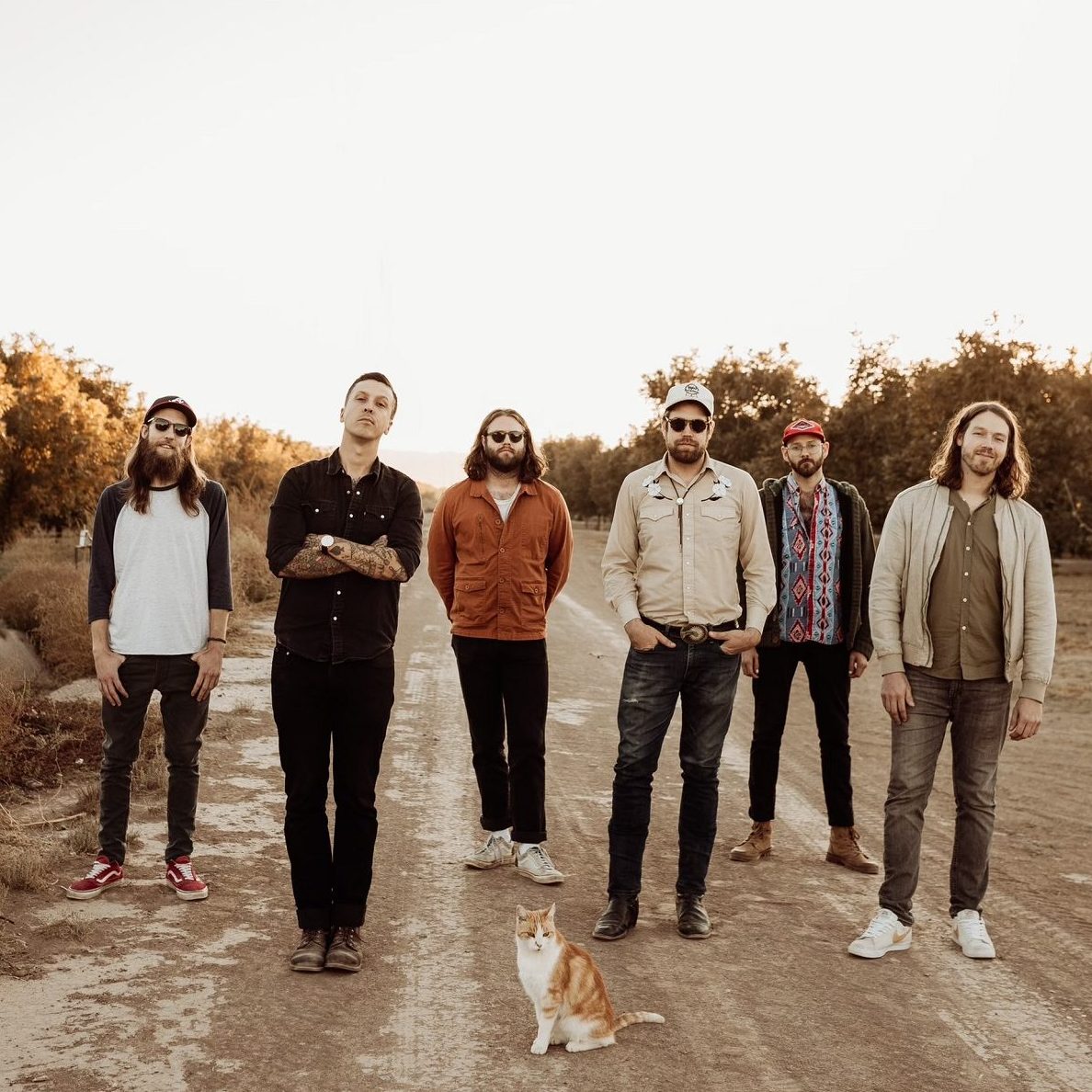