Fifteen Years Ago, It Took ‘Balls’ to Hear Elizabeth Cook at Her Breakout Moment 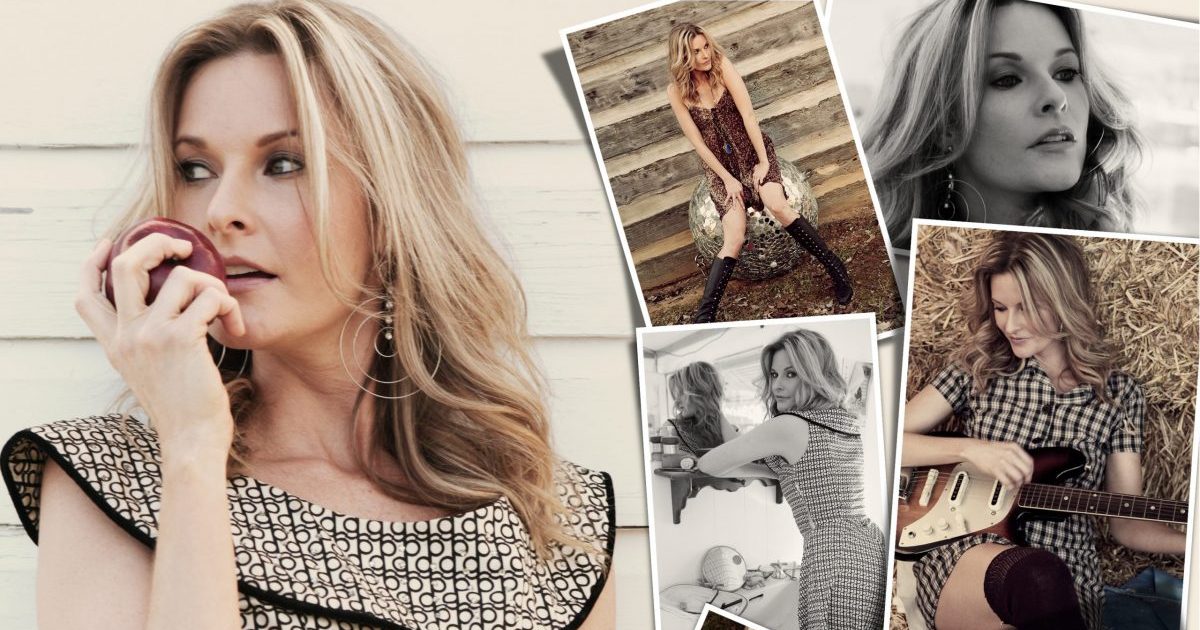 By 2007, Elizabeth Cook had endured just about every wrong turn you can make in the country music business, but she bounced back with Balls, a breakthrough album that let the world discover one of Nashville’s most compelling artists and songwriters. To mark its 15th anniversary, she’s releasing Balls on pink vinyl and reissuing the eye-catching music video for “Sometimes It Takes Balls to Be a Woman.” Asked what goes through her mind when she watches the clip now, she simply replies, “I can’t believe I did that.”

Written with Melinda Schneider, “Sometimes It Takes Balls to Be a Woman” gave notice that Cook didn’t need major label deals, publishing contracts, or the star-making machinery of Music Row to make a name for herself. She caught up with BGS by email to talk about Balls.

BGS: How long had you and Melinda known one other when you wrote “Sometimes It Takes Balls to Be a Woman”?

I can’t remember but certainly not long. She was just one of those people who I instantly clicked with.

Nanci Griffith had a hand in helping this song get heard, right?

She did, in many ways. She witnessed about me, as she did with everything she was passionate about. Having a cheerleader like her made me believe in myself more than I could on my own at the time, especially considering my recent failures at a straight career, and as a mainstream country radio babe. Beyond that, she gave me a big stage and shared me with her audience as her opening act. I can’t say enough about her. Not to even address what she meant artistically.

I like the optimistic spirit of “Gonna Be.” And I can hear that sense of determination in your voice and in your words. After all the setbacks you faced in that era, where did you find the strength to keep on going?

Well, folks like Nanci Griffith, Rodney Crowell [who produced Balls] and David Macias showed belief in me. And honestly, I think I like a challenge in general. But at that time it is also true that I simply didn’t want to disappoint my family. I didn’t want to fail again.

On your albums, you’ve often included references to your family, and especially your parents — in this case, “Mama’s Prayers.” Do you recall their reaction to this album? Did they have a favorite song?

They were proud. “Mama’s Prayers” has a specific memory for me because I was empty-handed the night before Mother’s Day, but I had gone to the farm to be with her. She used to say, “I pray for every one of you kids every night.” As a young woman, I got tired of hearing it. But I also know that it was true. And as life got more vigorous, shall we say, I was glad to know I had one going up for me. So on that Mother’s Day eve, I wrote the song and printed it out on card stock paper. I found an old picture in a box and pulled it out of the frame, trimmed the paper and placed it in there. I propped the whole thing up on the kitchen counter, knowing she would be up well before me. Since she and the farm are long gone, it hangs in my office now.

As part of this 15th anniversary, you’ve got Balls coming out on pink vinyl. Are you a vinyl collector yourself? And if so, what do you like most about vinyl?

I am. I like the deliberate nature of it. You don’t scroll for it and click…you delicately take it from its sleeve and carefully place a literal needle on it. It’s a more intentional investment. It’s respect.

With the growth of Nashville these days, it almost feels like a history lesson when you talk about “the old days” of 2007. For those who weren’t around to experience it firsthand, how would you describe the city’s musical community back then?

Spotty. Billy Block’s Western Beat was the best scene in town by a mile. Now, I miss being able to get anywhere in 12 minutes, but I am inspired by the rivers of musical tribes all over the city and how they fork and meet.

You’ve seen a lot of changes personally and professionally over the last 15 years. What would you say has remained the same?

Hopefully my character…some of the basic things that my relatively poor and uneducated but good country folk parents sought to instill in me…how to treat people with compassion and how to stand up for myself.