Between the Lines: ‘Diggin’ on the Mountainside’ 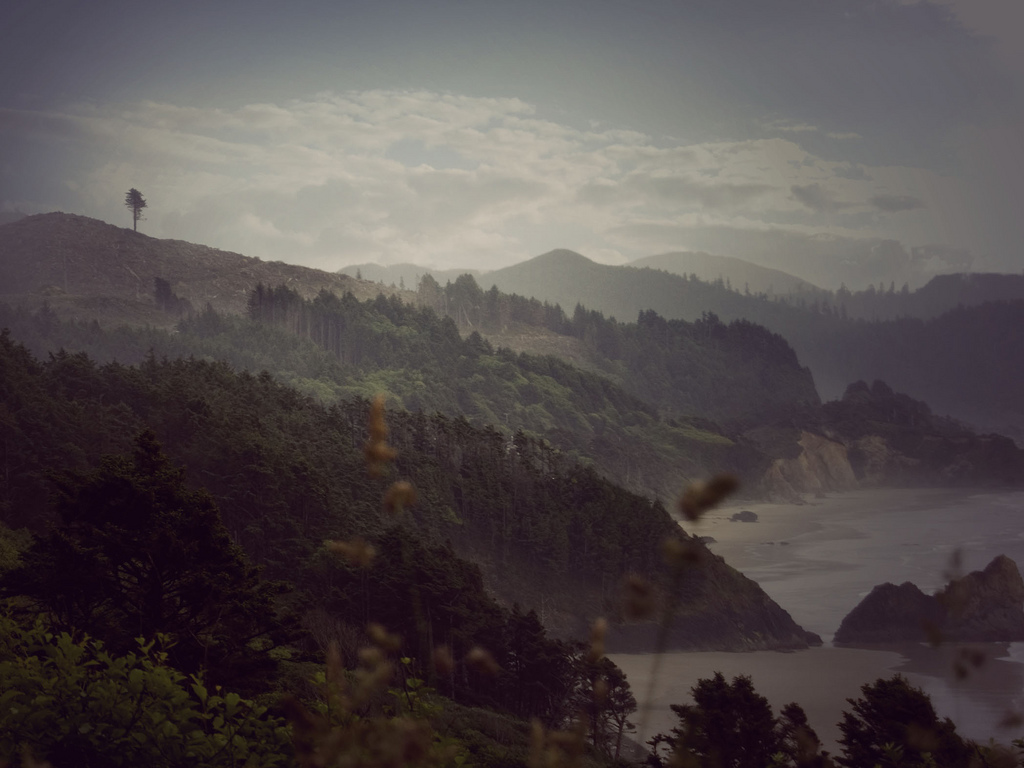 The top of Cardigan was bald, it had burnt 20 years before, and nothing grows fast on New England Mountains. We sat on a wide, smooth rock. He pointed to a spot halfway up across the valley where several large patches of trees had been cleared. “That’s our new work site.” He shook his head. “Rich folks digging on a mountainside.”

“Did they come to build their castles?” I asked.

“Way up high.” He handed me a water bottle from the little backpack we had taken turns carrying.

“We just finished one on the other side that you can’t see from here. Those people won’t even live in it except on vacations, but it’s bigger than three of our houses. A log cabin with a ballroom. Those people were born to see their silver shine.”

I finished rolling the joint of mellow brown weed I had bought from a kid we’d both gone to high school with.

“No. Till these folks, they’re coming in from out of town.”

I looked across the valley to the bare spots, where they had cleared the timber. I had just dropped out of college. I was home for a visit before I moved out West with a friend. My car was parked in my parents' driveway, the back seat filled with camping gear and art supplies.

He lit the joint. It was burning straight … I had learned something in college. “They strip the ground, too. Good luck to all the folks living in the bottom of the valley. Those wells are going to be all mud by next year, is my guess, but they keep building higher and higher. The roads just keep going up. On into the sun they climb. The ones you see there aren’t even the highest.”

I’d known Paul most of my life. We had grown up next to each other, but I had never really sat and looked at him. His skin was so smooth — he had dimples, curly sandy hair, and green eyes. When he smiled, he was really cute … classically cute. There was a reason he had dated the field hockey players in high school.

He took another long drag off the joint we had lit.

“It’s just like in the days of old,” he began again.

“Okay, okay. But it is like when they first came to look for gold or coal or whatever they can dig to make them richer. Now they dig foundations and new roads. Seems they’re never satisfied.”

He didn’t look at me. He was more torn up than he was letting on. He was feeling something in his chest he wouldn’t show on his face — his smooth face with the deep dimples. I had struck a nerve.

“Yeah, still…” Paul loved this valley. He had never left. “I help them move their dirt. I hate it. I tell the boys I hate it, but I need the work. I pay my debts and I close my eyes.”

He looked at me for that last one. That’s when I knew he liked me. He liked being with me, and he cared what I thought, and he hoped I wouldn’t judge him because he put on his gloves and told himself it would only be until he got ahead.

“What kind of debts?” I asked. He took a deep breath and stood up. I noticed there were some dark circles under his eyes. Too dark for a 22-year-old with dimples. He offered me a hand, but he didn’t answer me. He turned around in a circle on top of the peak. “If I could just climb mountains, I would. I fucking love being on top of a mountain. There should never be a road to the top of a mountain. If you want this, you should walk.”

I wished he would kiss me, but I didn’t know how to tell him.

“I guess there’s nothing that the past can do.” He was facing away from the clearcuts, to the valley on the other side. The trees were just beginning to change. They were still green, with tips of crimson and gold.

“It’s something my mother says.” His pants were still dirty from work site. Even after a wash, the dirt leathered the knees of the canvas. “She probably means what’s over is over and it can’t hurt you anymore. But you can look at it the other way, too. The past is kind of helpless. It can’t defend itself.”

“Oh.“ I turned away from him. I didn’t mind the seriousness. This was a good moment. As soon as you notice it, a moment will stand still for you. Time likes to be admired. But it always moves on. The present is always gone too soon. The next day I’d be putting my Bob Dylan tapes in the car stereo and trying not to cry when I said goodbye to my mother. He would be putting his head down and climbing onto a backhoe.

“The future is a bullet, and it just flies.”

“Well, yeah.” We both laughed.

“I’ll be back.” I still wished he would kiss me.

Story by Jes Raymond of  the Blackberry Bushes based on "Diggin’ on the Mountainside" by Town Mountain. Photo credit: etharooni / Foter / CC BY-ND.