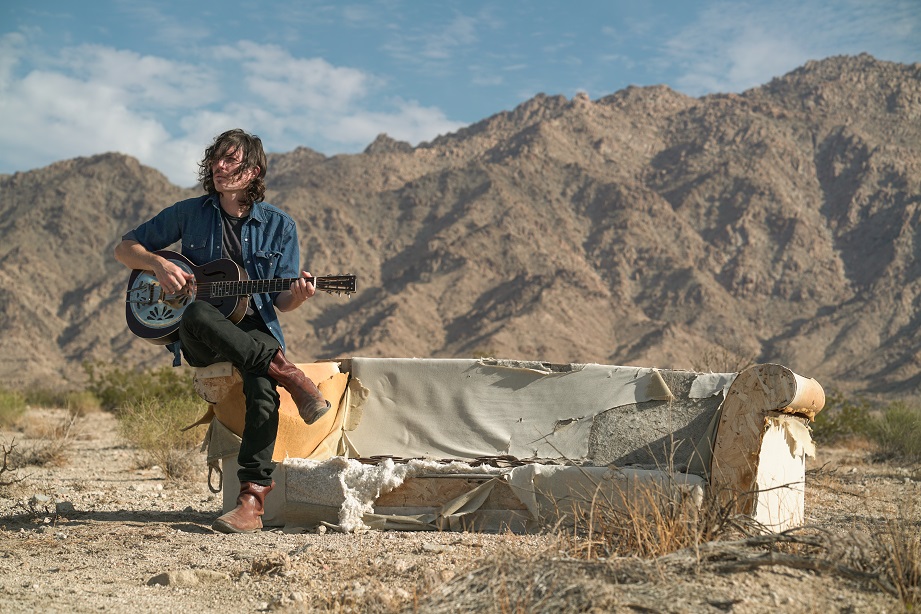 I’d have to say Huey Lewis might be my all-time favorite artist. His was the first music I ever bought for myself when I was a kid and I always admired his music and his outlook on performing. I saw an interview with him a while back and he talks about how lucky he was to get a break and had some hit songs, but if he hadn’t he said he’d still be playing his harmonica and singing in bars every night.

I really loved that outlook and his passion for playing music. Not to mention he wrote some great tunes…and that voice! I had the honor of meeting him a couple years back at a festival up in Canada. A band I play in called The Brothers Comatose covered one of his songs and it turned out he really loved our version. They got us tickets and backstage passes to their show and we got to hang with them afterward. He and his whole band couldn’t have been nicer dudes and their show was amazing.

This isn’t the toughest time I had writing a song but it’s definitely the oddest and most serendipitous. I had been working on this song (“I Hope You’re Not Sorry,” from this album) about a stalker that I had that all of a sudden stopped coming to our shows and how I surprisingly felt wrecked by it. I thought writing a song about losing your stalker to someone else was kind of funny and I had a couple verses but was stuck.

It wasn’t until I traveled across the world and was playing a festival in Australia, where I was hanging at the bar after our show and met a musician, that I finished the song. We got to talking at the bar and he’s like, “Let’s be Facebook friends,” and when he pulled out his phone and plugged in my name he looked at me and said, “We have a mutual friend,” with a freaked out look on his face. Turns out my ex-stalker had become his new stalker. Right there I got the bridge to my song…but I had to go halfway across the world to find it.

My fondest memory of being on stage is playing Hardly Strictly Bluegrass Festival several years back. We had a great time slot on a Saturday afternoon playing to around 20,000 people and as I looked out into the crowd, I saw that it was littered with familiar faces from old co-workers and teachers I had back in elementary school, family and friends that I hadn’t seen in forever and tons of people were singing along to the words of our songs. It was such a beautiful moment that will be seared into my brain forever.

What was the first moment you knew you wanted to be a musician?

My mom was in a band when I was a kid and my brother and I used to sit and watch them rehearse all the time. That was the first seed that was planted. But it wasn’t until I was a young teenager and my parents took me to a holiday party at a local recording studio called Prairie Sun Recording and a bunch of musicians showed up, not knowing each other, and just started playing songs together and that was magic to me. I wanted to be able to do that and I knew right then and there that being a musician is what I wanted to do with my life.

I have two things that I always do before a live show and people think it’s weird but it feels great to me. I always like to brush my teeth before I go onstage. Singing a lot dries my mouth out and brushing before I hop up for a show gives me that clean and fresh feeling. I also like to breathe in steam before singing at a show — it really helps lube up the ol’ vocal cords for singing. I carry a collapsible water kettle with me and before I go on stage you can usually find me with my face over that thing breathing in deeply.