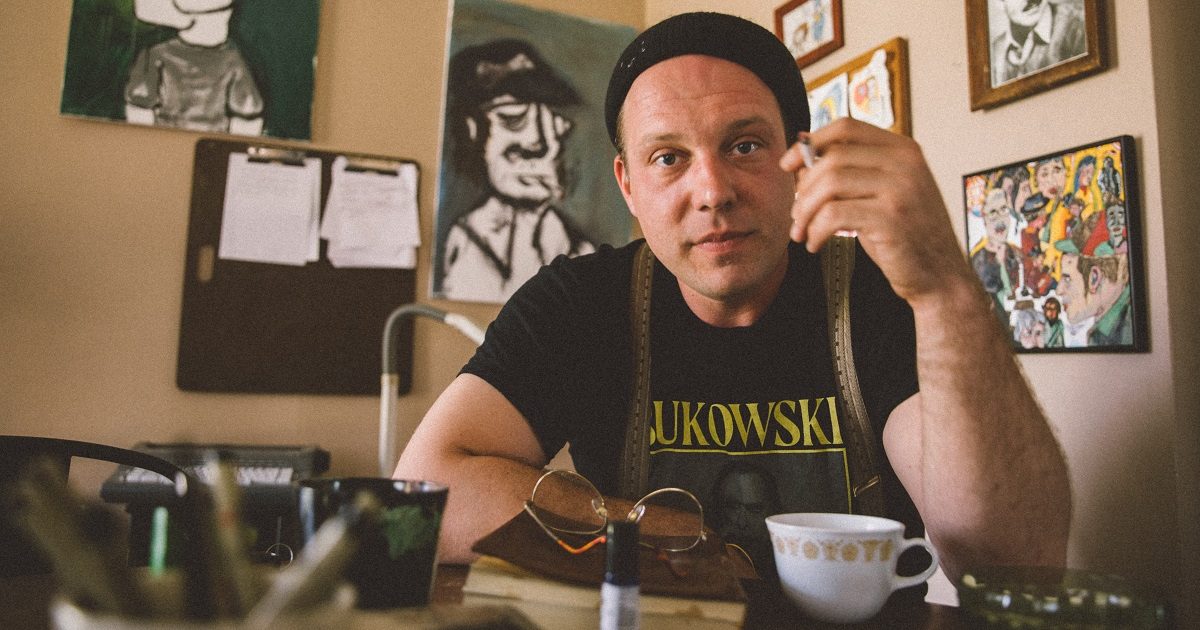 It’s not from being on stage, but this one time, my tour manager Josh and I broke down an hour outside of Charlotte, North Carolina, on the way to opening for Robert Earl Keen. The van just up and died. We were on the side of the highway wondering what to do when we called AAA. It turned out that we were just below the amount of miles that AAA would tow — making our arrival to open for Robert Earl Keen, pulling up right behind the tour bus in a tow truck, jumping out of said tow truck, running on stage, plugging in and playing.

Unfortunately, I find that often characters hide behind me, making me speak for them as they cower behind me, quite frankly it’s exhausting. I wish they’d just speak for themselves, I just keep collecting them, as voices in my head.

What rituals do you have, either in the studio or before a show

Before every show I’m usually pretty antsy. Offstage I’m fairly introverted. One of my best friends from back in New York wrote this song about a decade ago on a road trip we were on through the Midwest called “Moon in the Blue Sky.” I always find a quiet spot to sing it to myself.

Every song is the toughest, roughest, most pain in the ass, shit kicker, tooth knocker, sock rocker, and you don’t always win.