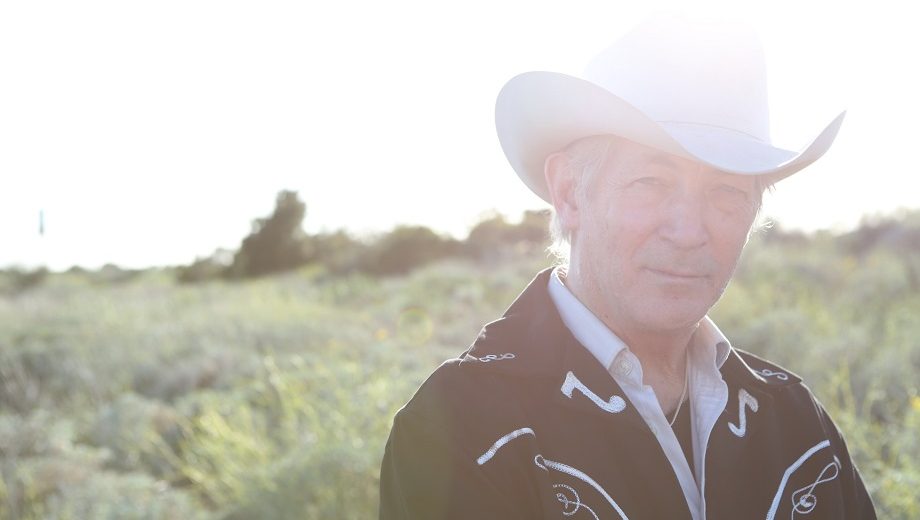 Artist: Doug Seegers
Hometown: Long Island, New York
Latest Album: A Story I Got To Tell (BMG)
Nicknames: Duke the Drifter (from the days on the NY music circuit, in the band Angels in Overdrive)

I was born a musician and singer — genetically. At 16 I wanted to be a performer. My grandfather put me up on the bar at age 5. My feet dangling down swinging back and forth, he had me singing Elvis songs on the bar.

Singing was always beautiful to me and it was encouraged by my grandmother. Her singing with me provided comfort and supported me. Her encouragement was like water on a flower. She was watering my flower – see, the beauty of the vocals. My grandmother was an important part of my childhood, especially as it related my music and singing. She could hear a song and tell me how to play it on the guitar – she heard the music perfectly.

That support is what helped me know I wanted to be a musician; it was early. Performing gives me a great feeling and a huge smile now. I saw that in using melodies, the melodies come from our head and from God. Paul McCartney’s melodies are incredible and magical. David Crosby jokes about making “A bad song with good melodies and it will be a hit.”

Religion. Poverty. Growing up poor. I don’t know how to put this into words, about how this informs my art and songs. My mom tried to talk me out of music as a career because of what happened to her. [Editor’s Note: Her husband abandoned her to play music.] My grandmother [was] a big influence for me. She loved the Beatles. In my eyes as a younger man, my granny was the first person to recognize the Beatles for their talent. We had a radio on the wall in her kitchen and so I remember we were waiting for the first Beatles record.

Our family did not have a record player. I remember me, my brother, and mother all chipped in and bought a record player because we wanted to play the first Beatles record. We looked in the Buylines, a newspaper with categories of things for sale. On the “stereos” headline, we found one real cheap. A monaural record player — one speaker. My older brother listened to that record player for at least ten years. We played the 78s, and I played the Hank Williams 78 my dad left behind. That is how I learned to play the guitar.

I am working on another song for my next record. A cover song by Sherry Cothran, “Tending Angels.” I want to do it out of respect for her. She ran a soup kitchen. We had dinners on Thursday nights – she would be there, I got to know her. I have been speaking to her on text. Here is something I wrote to her, ‘Hello Sherry, my name is Doug Seegers, and I used to eat at the Thursday night dinners. A friend was telling me that you are a singer-musician, I just wanted to tell you I spent this morning listening to your music. I wanted to tell you how much you have lifted my spirit this morning. The strength of your humbleness is probably one of the world’s best-kept secrets. I wish you peace and tranquility ‘til the day after forever.” Guess that was a little too much for her, she responded with ‘Thank you for your kind words.’’

In some of my songs, I am clear it is me, like in “Out on the Street.” It’s a story about my brother and me. The song starts with Well, I found my wisdom when I was a child out on the street / growing up without my father made my life so incomplete.

This sets a foundation for another song, “Angel from a Broken Home.” This song is important to me. It is a message for fathers to pay attention to their precious children. The song is written about an 8-year-old little girl whose father left her all alone. The lyrics are:

She always got a busy tone
Calling her daddy on the phone
How could he ever treat his girl this way?
She is 8 years old with a broken heart.
How could her daddy be so hard?
Yet every night she forgives him when she prays.
Well she’s an angel from a broken home
Growing up with a heart of stone
Lost her love for her daddy
When he left her all alone.

This is my story. My father left me when I was 8 years old, but I wrote it about a little girl.

Gram Parsons influenced me. I was listening to all of the early country-rock bands, and Gram was a member of the Flying Burrito Brothers. I particularly like Gram Parsons when he did that song “Do Right Woman.” I thought that was an awesome song. It is an Aretha Franklin song — he turned it around. What Gram was trying to do was fuse different styles together and that is why he was so inspirational to me. I never saw him live but listened to him and knew his songs.

After Flying Burrito Brothers, he did that thing with the Byrds, the Sweetheart of the Rodeo record. That just opened up the sky for me when I heard that record. When Sweetheart of the Rodeo came out, that was the real beginning of me listening to Gram Parsons’ music. And then shortly after that along came Emmylou Harris. They went on the road as the Fallen Angels. That was back when country-rock was being born. It was real inspirational for me.

Then I have always loved duets, you know. I have been listening to and loving duets all my life. I think Gram and Emmylou are like the prettiest duets I have ever heard. Listening to them became an addiction at that point. Their duets that really speak to me include “She” — that is on my first album. I was so pleased to have Emmylou provide vocals and sing on my record. The other two duets that stand out for me are “Hearts on Fire” and of course “The Return of the Grievous Angel.”

One Gram song that rattles around in my head is “Hickory Wind.” Back in the day that is what all the cool guys were playing. When Emmylou came along, the big chart-topper was “Love Hurts.” I still love all of his music. I went to Joshua Tree to visit Gram’s special place. It was a wonderful experience for me. There are some videos of me at Joshua Tree Inn, where Gram passed.

I want to make sure I am alone when I write songs. I need to get some alone time. Secure privacy and safety. I need to have my own time, space, and privacy when writing. Some will get a cabin in the woods. But not me. I wake up with an idea and a song might be there. I write it when it happens, you just got to get a hold of it then. Someone can react to me — maybe get angry, I can write a song about that.

When I listened to Sherry Cothran’s song ‘Tending Angels,’ I knew it was the right thing to do, and I needed to learn that song and record it. I wanted to pay respect to someone special. I use a notebook and a fine tip marker. That is how I like to write — quiet, alone, with a fine tip marker.