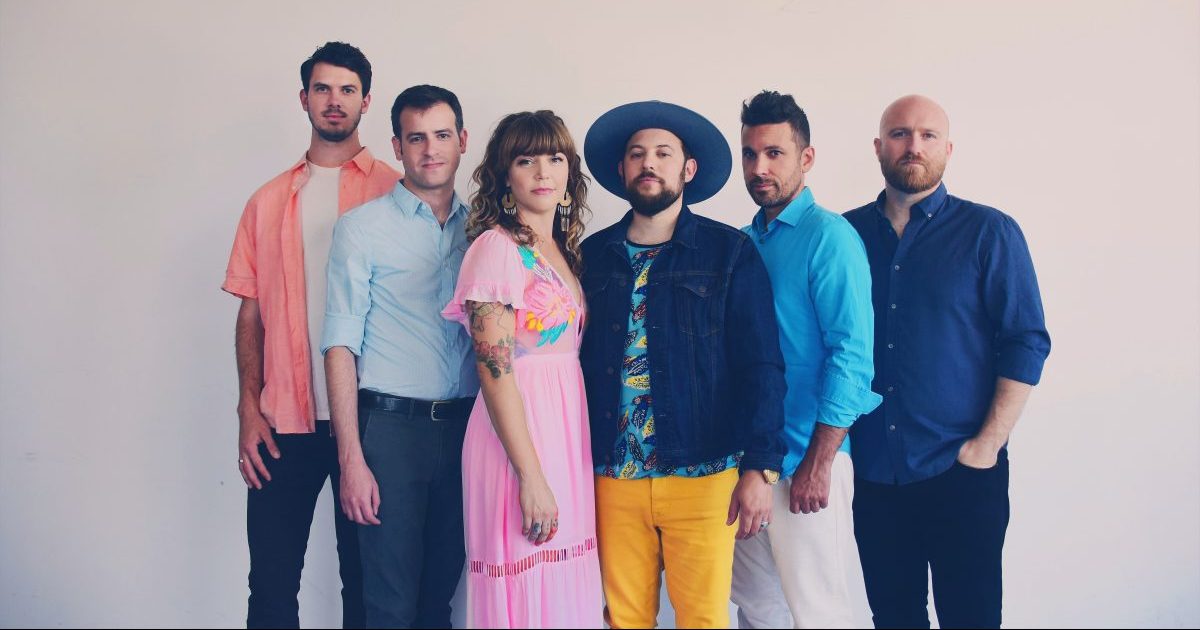 Artist: Dustbowl Revival
Hometown: Los Angeles, CA
Latest Album: Is It You, Is It Me
Rejected Band Names or Nicknames: “When I was first trying to figure out the band name, we asked the audience at the first ‘show’ we played at the old Brown Derby in LA. I almost went with the name of the first album, The Atomic Mushroom of Love, but that would have been too much.”

As nerve-wracking as it was, I’m super glad we had the cajones to try and record our live record Lampshade On at The Troubadour in LA and The Great American Music Hall in San Francisco. Both spots have such history and it felt like we were floating while doing it. Two of the most intense, rowdy, and giving crowds we’ve ever played for. Truly I almost freaked out and messed up the first few songs at The Troubadour — it meant so much to me to be there — but the energy is palpable on the record and that was worth it. Recording live is like trying to play music on a tightrope with your eyes closed.

I can never stay in one medium for long. It’s like only eating Italian every meal for the rest of your days — there are so many storytelling mediums that are so worth our time. Short stories are a forever favorite. I am also a playwright and I’ve always seen a lot of overlap between performing music and creating dialogue and stories for theatre. Why can’t conversations be had in the middle of a song?

I’ve always had a macabre sense of humor and the work of writers like Edward Albee, Christopher Durang, Sam Shepard and poets like James Tate and short story masters like Etgar Keret and Peter Orner seem to scratch an itch I try to get to with my songwriting — telling stories of normal people in deeply strange and emotionally epic situations trying to figure things out the best they can. Can magical realism be a genre in music instead of Americana?

I adore hiking up mountains when I can and maybe it’s the Pisces in me, but I have a visceral need to be near an ocean or a big old body of water (I grew up by Lake Michigan). Jumping in lakes, ponds, oceans, weird hotel pools, you name it, I do it as much as possible to reset my brain. Riding waves thirty blocks from my house is among the most purely joyful things I know to do. I find myself bringing the sea and the sky and the limitlessness of space into a lot of songs accidentally. My grandfather was a part of the space program so maybe his curiosity was passed down to me in some way.

I’d love to share a few hot dogs and some fries with John Prine. I share his love of a good dog — being from Chicago, the simplicity and perfection of a Vienna beef sausage on a steamed poppy seed bun with all the fixins and the spicy sport peppers for extra crunch and tang — it just can’t be beat. It’s the first thing I get in the Chicago Midway airport on layovers. Also John is a lesson in well-spiced simplicity!

This is a tough one as my bandmates (and my mom) will often question if a song and its story are personal or simply a fantastical vision of something I wished could happen or feared might happen. Initially the opening song on our new record, ‘Dreaming,’ was about a baseball closer who blows the biggest game of his life. It wasn’t personal at all of course, and when we changed it up to be more about a performer who panics in the bright lights it did feel more grounded and emotionally real, because it came back to being a version of me. Not me exactly.

I do get nervous before shows. I’ve never almost died out there (not yet!), but I strongly feel starting with a seed of truth and letting your imagination (or paranoia) run wild creates the most unique story. I’m very lucky — I came from an insanely supportive and artistically curious family — but that doesn’t mean I don’t see the tragedy and darkness that lurks within our family history if one looks hard enough. People are complicated and often don’t reveal what’s really going on. I tried to uncover that in our tune ‘Sonic Boom.’ What if you told the person you loved most what was really going on inside? Stretching the truth can still be personal — and creating fantasies maybe can help us find out who we really are.