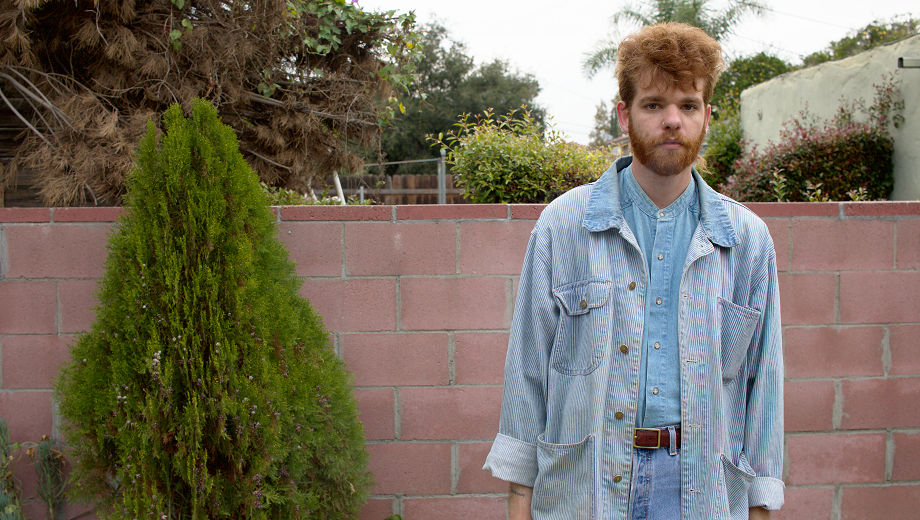 One of the first big shows I ever played was at the Fonda Theatre in Los Angeles. One of my friends was joking with me the night before, saying that I should ask everyone to put their phone lights on and sway them back and forth at the show. Apparently he had told our other band friends to try this, but no one wanted to because it’s kind of a ridiculous thing to do. Since I was the opener and didn’t really have anything to lose… and I suppose also because I’m kind of a ridiculous person, I asked the crowd to do it during my song “Do a Little Dope” and the whole room lit up. The show was sold out so there was a lot of lights and it felt so cool and surreal, especially being one of my first experiences playing to a room that big. There’s a video taken from side stage of that moment and you can hear my friend screaming while laughing, “It’s a good bit!!! It’s a good bit!!”

Reading informs a lot of my music. I love to read novels and poetry. I find that reading every day brings me general peace of mind while also filling my head with words and metaphors and symbols which tend to come out subconsciously later on when I’m writing a song.

When I had no room & was crashing between my girlfriend’s place in San Francisco and my friend’s house in LA in between tours, songwriting became quite difficult because I was never alone.

In the studio I like to track a song exactly three times without listening in between takes. Sometimes I’ll move the microphone around for each take as well. After I track, I like to step away and maybe smoke a cigarette or go for a walk and just get on with my life. Then hours later I’ll listen back and choose which take to use. it’s usually the first or the second.