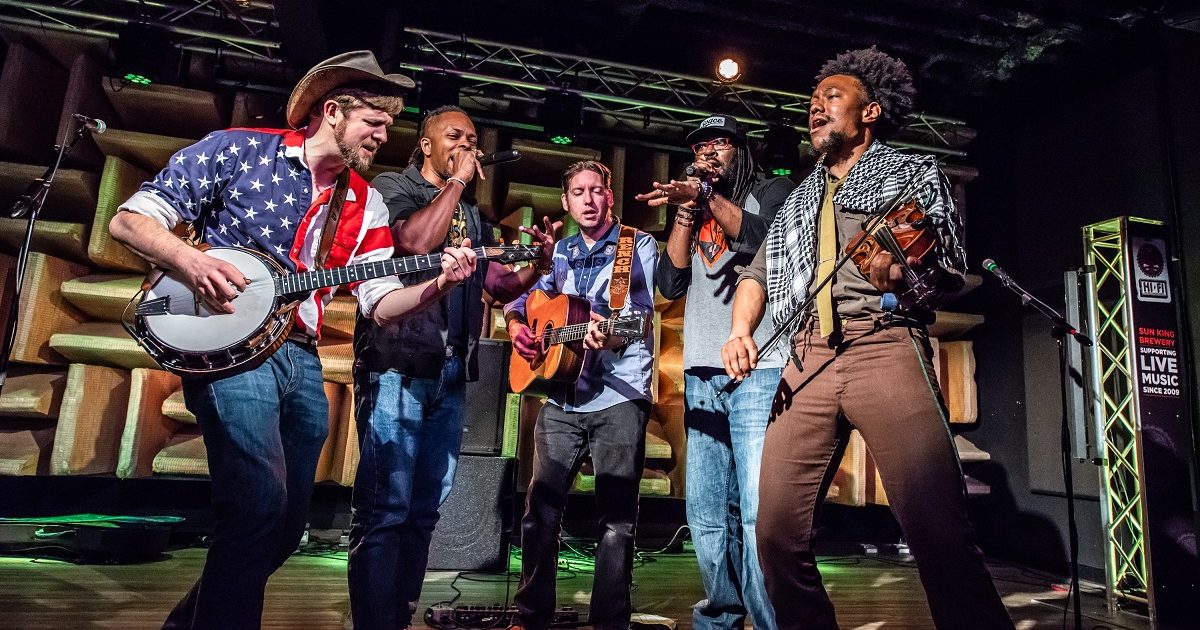 Back in the Before Time when we were on tour, before getting on stage we huddle up and put our fists in the center, and one of us will start giving a pump-up speech — equal parts church revival preaching and championship game coach pep talk, with some swearing thrown in, and then shout “Gangstagrass!” while we lift our fists up, very much like a little league team huddling before a game. Before that, Dolio the Sleuth does 300 push ups to get the adrenaline going, R-SON creates an R2-D2 replica out of toothpicks and glue, and I set up a poison capsule triggered by a Geiger counter next to a radioactive atom so that we play the entire set in a quantum state. But our huddle is always a good little energy focuser to bring us together for a moment before we step on stage. — Rench

Earth. I’m a country boy, born and raised in a tradition of pulling nourishment from and communing with the outdoors, so I spend a lot of time in my garden. It helps to keep me grounded and centered, and serves as a sacred space, a place where I can take the gifts of sunlight, soil, and water to raise and enjoy my private Eden. That spiritual centering allows me to focus my pen into channeling the energy I want to deliver unto others … and whenever I can: water. Because I’m from a place on the Gulf, I feel my most comfortable when near a body of water. I tune in to the rhythm of the waves or the trickle of the currents and it turns to music in my mind. — Dolio the Sleuth

Comic books. All day. It’s rare to find a verse of mine that doesn’t have at least one comics reference. The comics universe is full of interesting characters and references that allow for it to fit and be used a hundred different ways for a hundred different meanings. The best part is when someone in an audience catches one of those references. It makes me know that they’re paying attention and digging what I’m saying. — R-SON the Voice of Reason

I grew up listening to my dad play in a bluegrass band, so music was always in the house. I think I wanted to be a musician as early as I could want anything. — Danjo