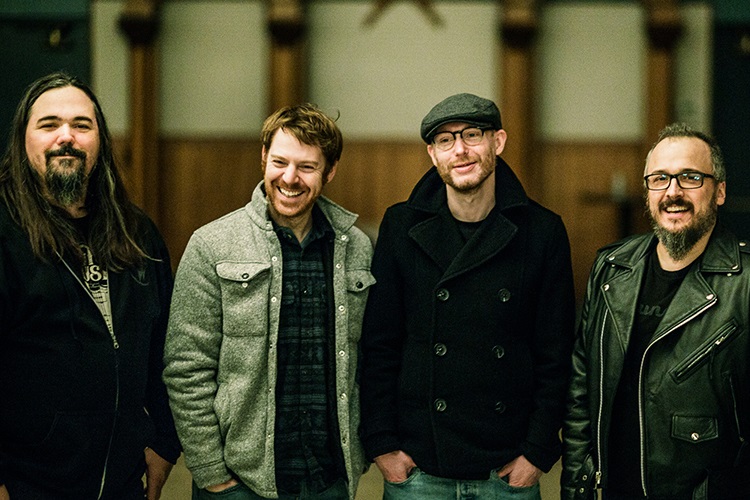 In the course of writing From a White Hotel, the writer whose work I spent the most time with was Eve Ewing. Her book, Electric Arches, came with me every day to the studio.

In 2012, just before we went out on tour with Counting Crows, we spent about a week working as the backing band for Tim Rogers, who is one of my favorite songwriters. Pretending to be You Am I for a week was as much fun as I’ve ever had on stage.

It’s all more or less connected to me. I mentioned Eve Ewing, whose poetry was a huge influence on me not necessarily because I wanted to borrow anything from her stylistically, but just in the sense that seeing someone do work of that quality is inspiring. I feel that way whether it’s looking at something Basquiat or Emory Douglas did or listening to Amanda Shires or Lydia Loveless or Mavis Staples. I walked out of Boots Riley’s film, Sorry to Bother You, with that same feeling. I get that feeling eating Sean Brock or Gabriel Rucker’s food. If you have to go out of your way to find inspiration, your eyes aren’t open very wide.

It’s not a ritual per se but never underestimate the restorative power of a good lunch when making a record. That hour or so is absolutely sacred to me, I learned that early on from Eric Ambel.

Dinner with Boots Riley at Pizzaiolo in Oakland. The specific meal wouldn’t matter much as I’d probably be so nervous to be anywhere near Boots I doubt I’d be able to keep anything down.