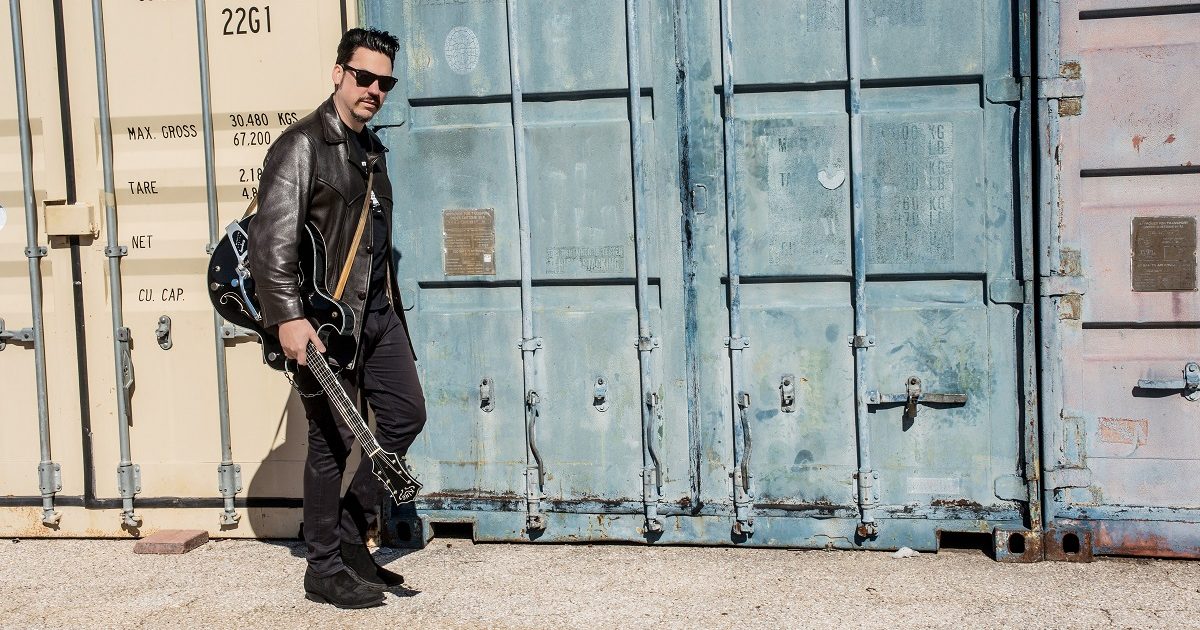 What other art forms, like literature, film, dance, painting, etc. inform your music?

Books and film have been the biggest inspiration outside of listening to other folks’ music. I remember seeing Ralph Steadman’s subversive art in Rolling Stone magazine when I was a kid and then reading the words under it, which were Hunter S. Thompson’s words. I had read some of the classics at this point, but that was my first introduction to outsider, almost punk rock-like, literature. Then I got into the Beat writers and after that it was the Russian writers, then then Irish writers, up until Latino surrealist like Márquez.

I always gotta a book going. Right now it’s On Tyranny by Timothy Snider. The biggest thing I learned from the writers I love is sometimes the narrative of your story/lyrics don’t have to be perfectly defined. When people digest art, the only thing they usually remember about it is how it made them feel. Same with films. Truffaut, Scorsese, and PT Anderson have all made me think, “Wow, that’d make a great lyric.” I directed a horror B-film that starred Malcolm McDowell called Zombex on Amazon. I’m writing a book for Hachette Book Group/DaCapo Press which will be out 2021.

I bought a house in South Austin about 18 years ago and we have access to a beautiful greenbelt forest that runs outside of town next to a flowing creek and that’s where I trail run. Besides the mental health benefits I get from defeating the shitty committee in my head that’s always trying to talk me out of exercising, I get lots of song ideas out in the woods that I wouldn’t get running on concrete. Besides, country music is not just a genre, it’s an actual place and sometimes ya gotta get out in the woods away from folks to receive clear messages about your work. I’m buzzing at a different frequency when my feet are in the dirt.

Well, as long as we’re “dreaming,” I can’t think of anything better than having a big plate of Cajun seafood, oysters on the half shell, Fried red fish stuffed with crab meat, and a shrimp cocktail, circa 1955 at Antoine’s in the Quarter in New Orleans with the father of American music, Louis Armstrong. What’s not to love? By the way, I rarely eat seafood anymore and eat mostly a plant-based diet so I don’t keel over like all my other relatives did in their 50s from clogged arteries. But I will go fishing and eat my catch from time to time.

How often do you hide behind a character in a song are use “you“ when it’s actually “me”?

I’m guilty of doing this sometimes when I write personal and vulnerable lyrics that couldn’t be about anyone else but me, but I write it as “you.” I do like the idea of creating characters vocally though. All my favorite singers have created them throughout their careers, whether it was Mick Jagger’s country voice on “Wild Horses” or his blues voice on “Midnight Rambler.” Everyone from Jerry Reed to Bob Dylan to Howlin’ Wolf all create characters in their lyrics and in the vocal booth.

Try to give back more than I receive and keep my expectations lower than my gratitude. The more I do this, the better I feel.