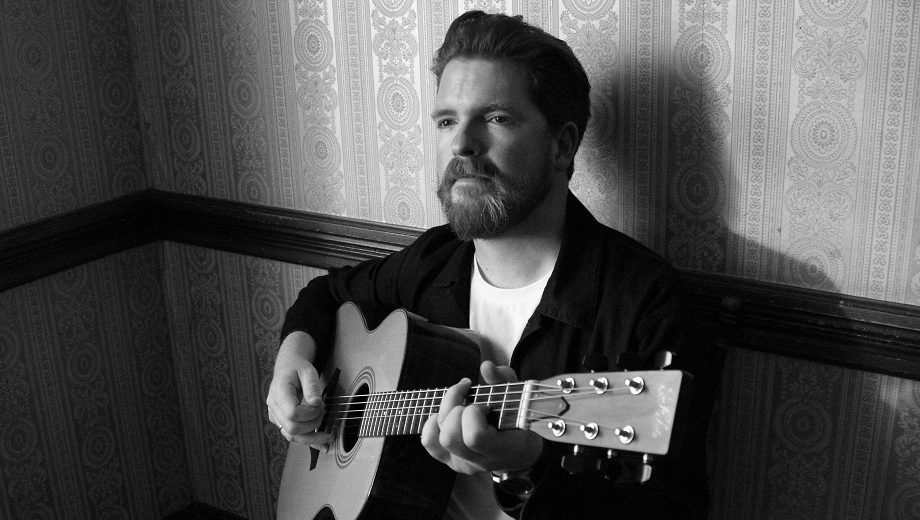 Artist: John Smith
Hometown: Essex, UK
Latest Album: Hummingbird
Personal nicknames (or rejected band names): Smitty (Joe Henry and The Milk Carton Kids started calling me this around the Invisible Hour recording sessions and it stuck. I like it). Johann Schmidt (when on tour in Germany and Austria). When I first started gigging I had a little outfit of bass, cello, and violin. I called us The Wooden Ducks for about five gigs. Since then it’s been the John Smith Trio. I’ve always admired jazz musicians and to me, the words Trio and Quartet are innately very cool words to use, even for a folkie like me.

I remember it took almost a year to write “Great Lakes.” I had the first verse and the chorus but I spent months trying different ideas, looking for the right path and tripping over myself the whole time. That’s what got me into co-writing. I started to share ideas with others which opened up my creative thinking in a new way. Suddenly I felt more receptive even to my own ideas. I finished writing “She Is My Escape” with Joe Henry and then “Great Lakes” revealed itself to me. I’ve been into co-writing since then.

I used to play electric guitar with David Gray. There was a moment during a slide solo at Red Rocks when the band went quiet. I had a very brief moment of very loud guitar heroism with the sun going down over the mountains and I didn’t screw it up! It’s so easy to screw up a guitar solo though. I think they are often best avoided or attempted alone at home. I played a bum note in the Royal Albert Hall around that time and half the crowd laughed. I had to die a little inside before I was able to see the funny side. My classical musician friend told me, “Darling, you’re no one until you’ve whacked out a spare at the Royal Albert Hall.”

In Amsterdam a guy in the audience asked if he could play and sing a song on my guitar, and he performed a beautiful rendition of one of my own. That was a kind of magic. It’s one thing seeing it on YouTube but another entirely when it’s onstage at your own gig. That would be my current favourite memory.

When I was 11 years old I had already passed a few grades on the piano. I thought nothing of it beyond the fact that I was simply playing piano in school. I enjoyed music of course but I don’t think I knew that I could live my life through its lens.

So my dad sat me down one day and put on the Physical Graffiti LP and I heard “Kashmir” by Led Zeppelin for the first time. It completely blew my mind, a totally definitive experience. I saw a different world on the other side of the needle. Doors opened in my mind and I felt alive in a very different way to before. It might sound a little hyperbolic but it’s true. I knew right then that I wanted to make music and I actually needed to play guitar. My dad gave me a Stratocaster and that was it for me.

I learned early on from Joe that if you’re going to work you need to dress the part. Not just for yourself but for the people around you. When I’m in the studio I make sure to iron my shirt and comb my hair. I work harder and concentrate well if I’m holding myself to a reasonably high standard. The same goes for being onstage. I believe you should look good for the people who’ve paid to see you.

In the dressing room, or maybe it’s just a corridor or a bathroom, before a show, I warm up with a song or two and write a couple of notes. I don’t believe in carrying much around with me. I try to use what’s in my guitar case.

I once ate a bowl of olives at an Allen Toussaint concert and those were the best olives I ever tasted. I like to listen to Ry Cooder when I eat. I reckon Bop Til You Drop is the record I’ve listened to the most in my life. My dad used to put it on every time we had friends over for dinner, and he cooks Indian food. Therefore I like to cook curries and play Ry Cooder records for my friends. I don’t know a better way to do it. If ever I have a clear day off at home, I’ll spend it cooking and listening to Freddie King, Joni Mitchell, Keith Jarrett. Sometimes I’ll crank up Mastodon to help chop the onions.

About the Playlist: Songs and interpretations by the artists who have influenced my life as a folksinger, not only in the musical sense but in the way I think about the bigger picture; each of these records has helped to guide me to where I am now.