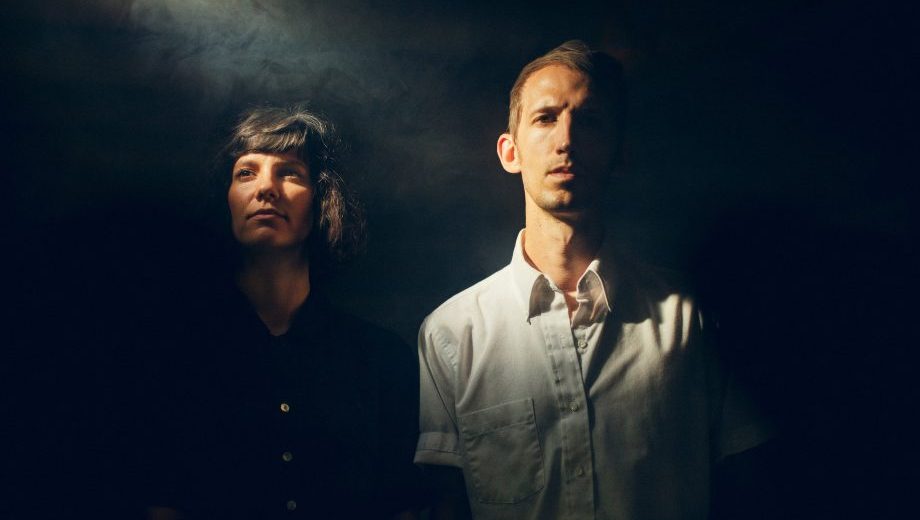 Last year we were opening a run of shows for The Oh Hellos and something surprising took place at the Columbus, Ohio, performance. It’s a regular part of our show to invite the audience to interact if they so choose and that particular audience was extremely participatory. Throughout our show they were super engaged and communicative and towards the end, someone yelled out, “Have you ever crowd surfed?!” I (Daniel) used to be in a rock band for a number of years so I said, “Well, yes, but not in this band,” to which he replied, “Do you want to?” We laughed and then we played our second to last song.

As the final note of that song lingered in the air, the crowd started chanting “CROWD SURF, CROWD SURF, CROWD SURF” with increasing volume. I turned to Lauren and handed her my guitar. I walked toward the crowd as they continued chanting and then stepped to the edge of the stage, turned backward and fell into their arms. The crowd went wild and began passing me around the room. Because our band is a duo and half the band was in the crowd during this, there was no music accompanying this rock and roll moment.

After a while, I cried, “To the stage” and the crowd passed me pack up toward the front of the room. Then a burly security guard grabbed me with one hand and threw me gently back on stage where I landed on my feet. Lauren informed me that I looked at her with delight on my face and said, “I feel so serene.” I think we are probably the quietest band that has ever had an experience like that. It was a glorious evening for us both. Thank you, Columbus.

When approaching the studio, we generally designate an amount of time where we will stay in a place/mode of operating that we refer to as “yes town.” In “yes town” all ideas are explored and we don’t allow editing or assessing. This openness to any and all ideas gives even partially formed notions the space they need to come to fruition. At a certain point, we then shift into editorial mode and we are able to more clearly identify which elements of a song or arrangement belong in the final version of the recording.

Before shows we often make a cup of black tea and try to find a place to sit outside or by a window to have a bit of slow presence. We read in an essay recently that human beings are not meant to move through space at any speed other than walking and when we do, it takes time for our full selves to arrive at the place where we are physically present. This idea resonates with us and I think the tea ritual is our way of trying to allow our minds to catch up with our bodies and realize where we are on any given night of a tour.

We can’t answer which artist has influenced us most, but we’ve been consistently inspired by Devon Sproule the last few years. Her ability to approach songwriting with a profound gravity while maintaining a sense of wonder and rigorous exploration is both refreshing and challenging. We are taken with the imagery she shares in her songs, the playful arrangements on her recordings and her unaffected, evocative vocal performances. Devon reminds us to pay close attention and to stretch out and try reaching into unknown spaces sonically and thematically.

Our creative process has always been inspired by literature, film and visual art ever since the early days of Lowland Hum, leading to multiple songs exploring the work and life of Toulouse Lautrec and a mildly jealous lyric about Andrew Wyeth catching Lauren’s eye, but more recently, Lauren created a music video featuring the work of an incredibly gifted dancer named Edward Villella. The video is a visual companion for our song, “Slow,” using imagery from “Reflections In Space,” and “Mystery of Space.” “Reflections In Space” is a film by Bernard Beane, Philip Courter and Harold M. Weiner, that features the interpretive dance of Edward Villella and the work of other visual artists inspired by outer space. Whenever we encounter the creative explorations of other people, we notice that new spaces in our minds open up.

When I (Daniel) was 12 years old, my granddad took me to a local CD store in Greensboro, North Carolina, where I grew up and told me I could select any album and he’d buy it for me. For some reason, I picked out the Beatles’ White Album as my selection, probably because it included two CDs and I thought I was being clever. I became obsessed with it. As an extremely sensitive kid who felt emotions strongly. Somehow the songs made me feel empathized with and soothed, and I had never had that experience with music before. This obsession led me to begin writing songs in the weeks and months following that trip to the CD store. My mom is a fan of those early, angsty, preteen musings, but she’s the only one.

Music20 hours ago
LISTEN: Bandits on the Run, "You Have Changed"