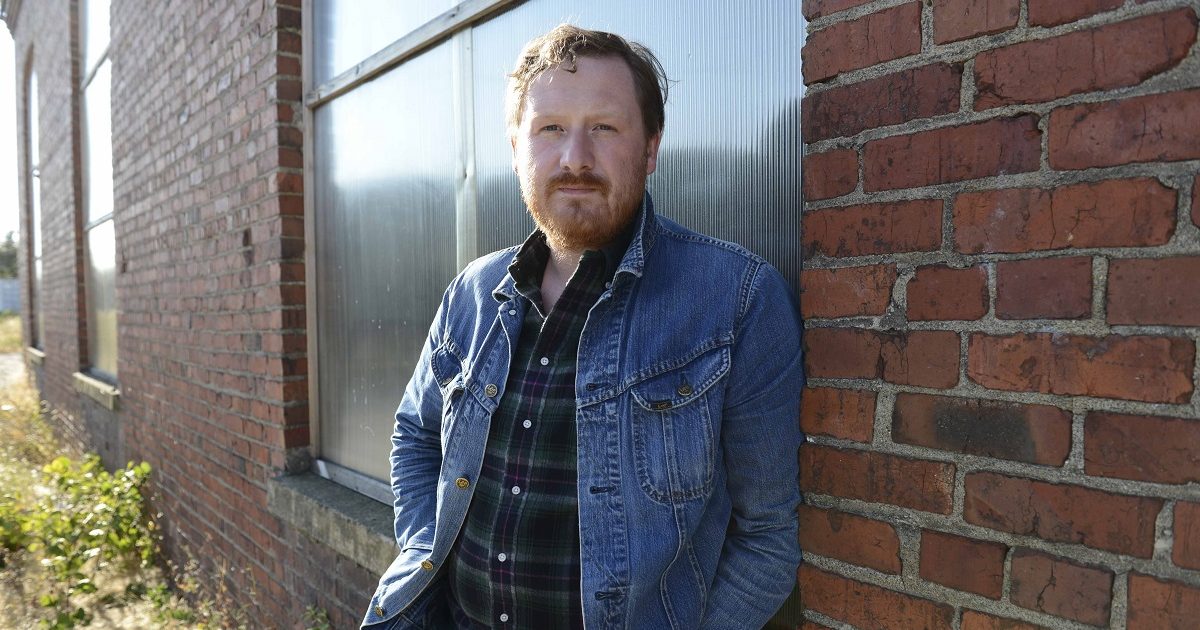 I was playing solo shows in cafes while in a full-time hardcore band, that’s how it started for me. When the band broke up I moved out west and during that first year of playing solo I would cover Gillian Welch, Chuck Ragan/Hot Water Music and Brian Fallon/The Gaslight Anthem songs in my set. I remember learning Petty and Springsteen songs to fill my set for when I was singing in tourist bars. You can play “The Waiting” and “Dancing in the Dark” for a long time on a Monday night to help nudge along a three-hour set. The artist that has influenced me the most in the last ten years is Dave Hause. He has taken me on the road many times and I have got to see his energy and passion for the job. He plays with the urgency and respect that it could all go away and I admired that because he was/is right. Gillian Welch is the songwriter I come back to the most often and whose records I feel most at home with. John Moreland in the last bunch of years is like that for me as well. Finally, I was in grade 5 or 6 when Shania Twain’s hit songs began to come out and I did perform them lip-synching in school.

It must have been 2010 or so, maybe earlier. I was playing on my first release as Northcote and was out east in Saint John, New Brunswick. It is a small city and I think I’ve only been back once since. It’s near Fredericton where we usually stop on tour. The venue that day had an alley entrance with brick walls on either side of the alley. The room had a low ceiling and seemed like a small abandoned store. I remember there were things left behind on the floor like folks had left in a hurry. The walls were white and blue like sky. I don’t remember if there was a PA or not. We were packed in the place about 25 of us singing along as I played through my first EP and the singalongs were quite loud. I was surprised and I felt lost and at home all at once. At that time everyone present was a beginner and we were all just giving it an honest try and that is a very sacred place to be in my opinion.

Before bringing my attention to working as a musician I was studying at a religious college training to be a minister. Over the years the sense of poetry from scripture has stuck with me. I’ve gone from the poems of Thomas Merton to Rumi to listening to Ram Dass then back full circle now. In my twenties I explored more angular and art house influences which are still refreshing at times, but less influential these days. I think my answer is religious devotional writing? My god. For more context, my recent influences are Lovecraft Country (TV), Anderson .Paak’s album Ventura, and Miley Cyrus’ “Slide Away.” The two books open on my desk are Teachings of the Christian Mystics and Thich Nhat Hanh’s How to Connect.

When we were making Let Me Roar, each morning before I took a shower I would put on the album Trance Friendz by Ólafur Arnalds and Nils Frahm. After that I went to the yoga mat to do some work then made coffee and had a few cigarettes. We had boiled eggs most mornings with bagels. After the work day we made dinner together in the kitchenette and watched the hockey playoffs or a lesser-known horror film. During one film the lead character ate a chicken wing out of the fridge after finding a deceased person. The character said, “Honey garlic, I love it.” From then on in the studio, after describing something we would say, “I love it” in honor of the horror film character.

I was invited to perform at the Alianait Arts Festival in Iqaluit, Nunavut, a few years back. I wasn’t feeling very good those days and the opportunity to go up North was a bright light for me and is a precious memory that I will never forget. One night up North there was a dinner party hosted by folks in the community. There was a spread of local food and I can’t remember what all was served, but I tried some and enjoyed the warmth and hospitality. There was boxed wine on the rocks and we saw the evening sun. One of those nights some people from the festival invited me to a hall where musicians from the festival were sitting in a circle singing and laughing and telling stories. Since that trip up to play the festival, my wife and I have moved, I quit drinking, we made the new Northcote record and I found meaningful work at my day job in Victoria.