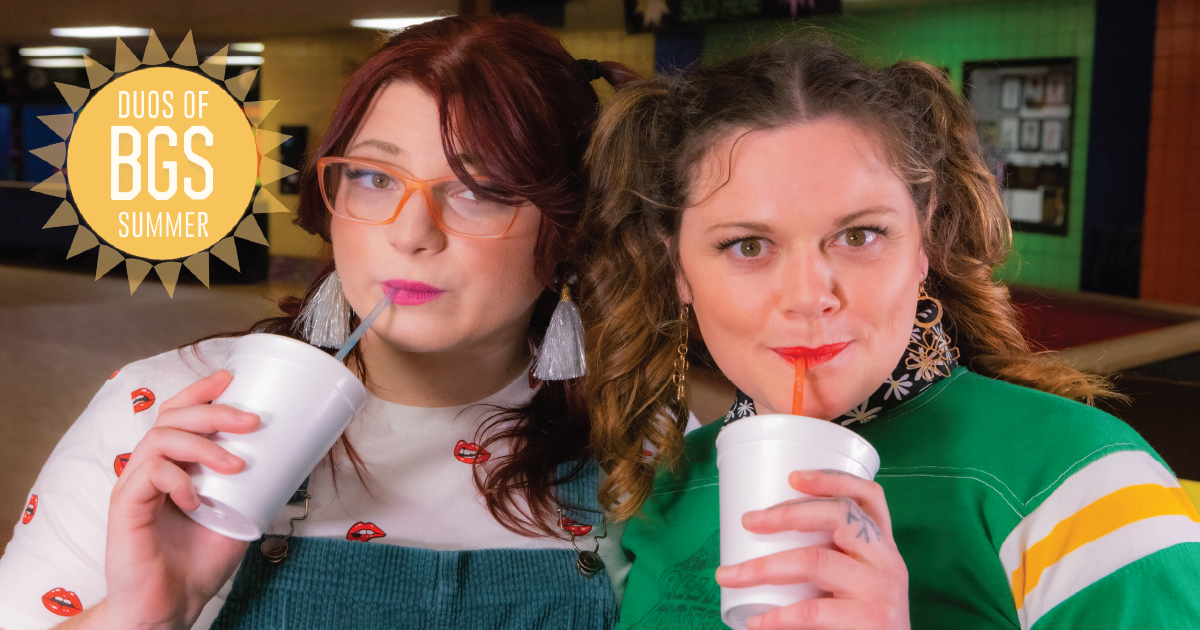 What’s your favorite memory of being on stage?

Well, I have been performing since I was a kid… and there have certainly been some amazing highlights I’ll never forget as an adult (playing Allman Family Revival at the Beacon Theater for one!), but I think the most special for me was a community theater production of The Music Man when I was probably 11 years old. I played Winthrop (a boy part of course… the bowl cut helped), my mom played Mrs. Paroo, my dad played Marcellus Washburn, even my sister and Aunt Janet were in the show. I look back in those memories and think, “Wow, our family was like half of that musical! How cool!” It was a cool thing to share as a family and really made me fall in love with musical theater, which really shaped so much about the kind of performer I have become. Long live Broadway! 😂 — Mattie

One time we were playing this four-hour gig and we were just kinda getting through our songs. It was hot and we felt like we were background music. I was definitely in an auto pilot state. But this lady in the audience starts laughing. She’s laughing at one of our funnier songs, “Dressing on the Side.” It was her first time hearing it and she was cracking up to our lyrics, while I was just deadpan playing the song trying to get through it. Her hilarious reaction quickly brought me back to reality and had me laughing real hard during the rest of the song, and show. Just by laughing she was able to pull me out of a funk and my song probably pulled her out of one too. It was a really genuine, hilarious moment and a good reminder to enjoy playing my songs that I’ve played a thousand times for the people who haven’t heard them before.

Also gotta mention the time I put a praying mantis on my microphone (Missouri outdoor gig) and I went to sing in it and he charged at my face and tried to get me. That was hilarious. — Allie

There is nothing better than playing music outdoors. It just feels right. I think I come from a long line of porch-sitting musicians. I know my great-grandfather used to play and dance on the front porch with my grandma and her nine siblings. I have a huge family and we have a gathering called June Jam every year on some farmland in Illinois. Friends and family come from all over and we camp out and potluck and jam into the wee hours of the morning. It’s my favorite time of year. I bought a kayak a few years ago and paddle the Mississippi River quite often. The Mississippi has influenced a lot of my songwriting. I’ve lost friends to that river, I’ve had some of the most memorable family moments on that river, I’ve had countless jams along that river, but it never ceases to fill me with wonder and awe to be out there in the middle of it. It’s incredibly inspiring. — Mattie

This is a hard one, but I’ll have to say Paul McCartney. His melodies have been ingrained in my head since childhood. I’m a huge fan of all of his projects and his personality in general. He is such a prolific musician and everything he writes makes me really feel something. RAM is definitely a favorite album. And he just seems so fun loving from all the interviews I’ve seen on the internet. — Allie

Well, although this is a question I get often, it’s always a tough one to answer. It honestly depends on what year it was. Haha But for the sake of brevity, I’ll say The Band. I really dove into their catalog in my early 20s and haven’t seen music the same since. My Uncle Wayne (another huge influence who happened to give me my first mandolin) lent me a copy of Levon’s book This Wheel’s on Fire and it resonated with me and really inspired me. The Band was a group that had some serious talent and killer songwriting that just grabs you, but they never took themselves too seriously. That mentality is always a goal of mine because music should always be fun, especially when it’s good. — Mattie

I’m working on something for my grandmother, and I have been for a while. She always wanted me to sing, and I want to write the perfect song for her. I do know that when the words come, they’ll pour. There’s a lot of imaginary walls in songwriting, for me anyway. I gotta either climb them or let them fall down, and honestly the lyrics are better when the walls fall down. They’re more like floodgates. — Allie

I wrote a tune based off of a local legend in the area I’m from on the Mississippi River. There is an old house in Alton, Illinois, that was part of the Underground Railroad and it has a massive widow’s peak. There’s a story of the wife of a river boat captain who watched him sail off and when he never returned, she waited for him in that widow’s peak until the day she died. It took me ten years to write that song, because I wanted it to be a little haunting and do the story justice. But then I thought, “What the hell was she waiting for?” So I changed the story up a bit. I wanted better for this woman, I didn’t want her to wait around, I wanted her to take action. I gave her a much happier, purposeful ending and that’s when I was able to finish writing. — Mattie

I’ll go get some street tacos and a beer with just about anybody but if I get to choose, I’m takin’ Randy Newman out for crawfish, oysters, and Sandinistas. Then we’re hitting the piano bars. — Allie