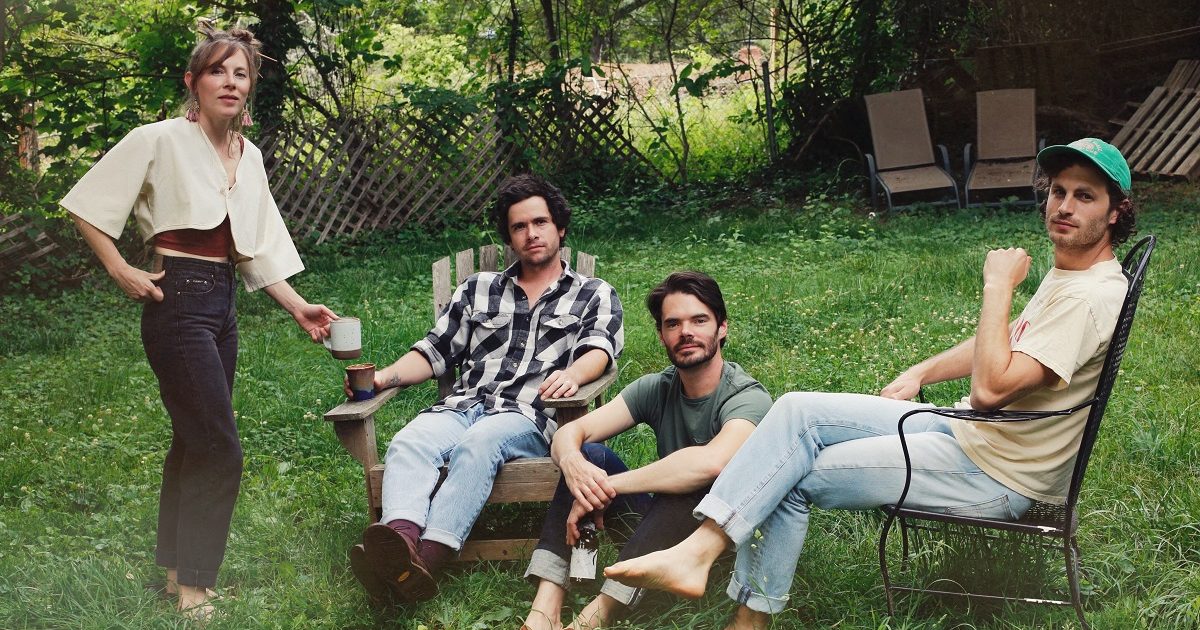 All answers by Ryan O’Keefe

Being the son of some hippies, and growing up in the woods of Maine, the folk singers from the ’60s and ’70s were pretty much on constant rotation in my house. Mitchell, Dylan, Baez, Collins and many more filled the space between the cedar walls of the small cabin my folks built. Though the calluses on my mothers fingers had long since softened, she still strummed the tunes of her youth on the Ibanez she had carried around Australia with her from 1971 to 1973. So it was one of the great pleasures of my life to place the call to my parents, letting them know that we would indeed be playing at the Newport Folk Festival. Elated, we got them tickets and set up a weekend for them to come down and watch their son on the very stage that had influenced so much of their lives.

We played an early set. An unknown band, brought in from North Carolina to perform at the fort and no idea if anyone was going to show up. They did. The most eager, dedicated crowd we’ve ever performed for. Thousands packed inside and outside of the tent that cradled the stage. We performed in a blur and time floated by and we just kinda let ourselves get swept downstream. It all ended with an encore, a standing crowd and us lingering on the stage that had given us so much life in such a short period of time. When we finally did walk off, Jay (the director of the festival) clapped us on the back and said welcome to the family. It struck me that that family I was now a part of included the artists who made those very records that I grew up listening to in the quilted cabin in Maine.

During the pandemic, when all our tours were canceled, I teamed up with my good friend Israel, and we started making elaborate meals cooked strictly outdoors. I suppose at the time we wanted to get our friends together in a safe way and so this was our solution. The first meal was cochinita pibil, a Yucatan classic of slow-cooked pork shoulder wrapped in banana leaves cooked in a pit in the ground. Next, Justin Ringle from the band Horse Feathers, came into town and we reconfigured the pibil pit to make jerk chicken. The most recent dinner was a stew cooked in a five-gallon cauldron over an open flame. Music has always been around, of course, and Israel plays the uilleann pipes so I have been trying my hand at some traditional Irish guitar. We stumble our way through a couple jigs and reels but anything sounds good when you’re cooking five gallons of stew in a cauldron, outside, with your friends.

I was a late bloomer musically. I really didn’t start playing guitar until I met Alex, our drummer, in college at Appalachian State University. He sparked my true musical awakening and, in his dorm room, we devoured angsty indie rock and pop records from the early 2000s. Bright Eyes, Mates of State, The Decemberists. I wanted to learn the songs so Alex and I could play music together. I picked up guitar but was awful at learning covers so I just started writing my own songs. I think shortly after that I realized that writing music, in particular, was my calling. I didn’t know if I’d be any good, but I knew that I lost myself in the craft. And that’s all I can ask for.

Songs generally come out of the blue. At least the good ones. I have hundreds of pieces of songs saved in voice memos that have long since been forgotten. I think a lot of them have potential but the moment has been lost. For me, it’s imperative that I stop everything and just work on a song when it “comes.” That first session with a new idea is the most important time for the life of a song. With all that being said, I don’t follow my own advice nearly enough. I get distracted, or have some other obligation, which happens more and more the older I get. But there are songs, just pieces that just continue to nag at me and refuse to sink quietly into the depths of my phone. The song “Oil Skin” off our new album comes to mind. The first line, “When I was a child my mother would bathe me in the sink, pull the oil from my skin” has been kicking around my head for years. We tried to make a song of it on We All the Light and then again on Kindness a Rebel. But it wasn’t until we sat down to write Monoflora that the song finally found a home. I think it was Dan who suggested that we switch the groove from a waltz to a straight 4/4 beat. We left the vocal melody resembling the original waltz and that was the key. It has a subtle trippy cadence that I wouldn’t have naturally thought of. It still took some work but we had unlocked the door and stepped inside.

I live in the woods. I spend most of my time at my house with my wife and daughter. The only neighbor I can see is Alex, our drummer. So the North Carolina mountains are everything to me at this point. They are so infused in my life that I can’t separate myself from them at all. I hike everyday on old logging roads out back of my house with my daughter on my back and my dog at my side. Often I take it for granted. I try not to, but it’s inevitable. It influences every part of my writing because it influences every part of me.