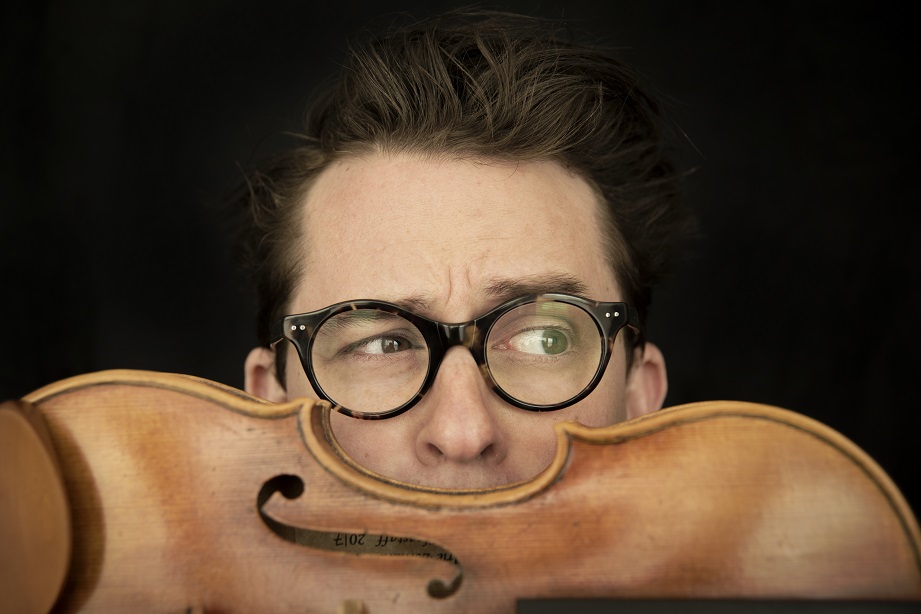 Artist: Ross Holmes
Hometown: Fort Worth, Texas
Latest album: Not Very Good at Winning
Nickname: ‘Rooster’ is a nickname that has lingered since the glory days of Cadillac Sky.

I can’t say I have one favorite memory from being onstage, but I do have a great story about a particular gig in late 2014. As a native Texan, there isn’t a more sacred shrine than the Alamo. I’d been invited to perform at an annual ceremony in March of ’14 inside the Alamo chapel. I wound up composing an original piece an hour before the event honoring those who perished in the fight.

An iPhone recording I made of the piece, “We Fall a Sacrifice,” made its way to Phil Collins (who is an avid collector of artifacts from the battle of the Alamo and war for Texas independence), and I was invited to perform this tune again at a ceremony honoring Phil for the donation of his extensive collection to the state.

We took it a step further and, with permission from the Witte Museum in San Antonio, borrowed Davy Crockett’s supposed fiddle for the gala. Here I was, onstage with Crockett’s fiddle at the Alamo, playing this piece I’d written, in the presence of presidents, politicians, astronauts, sports legends, and recognized Texans. My sister, Katie Shore (Asleep at the Wheel), joined me for the set and, to this day, we still laugh at the absurd “WTF just happened” of that evening.

Imagery and color stimulate my musical thinking the most. I often turn on films or pull out prints of my favorite artists to glean inspiration from their creativity while I practice. The imagination of others is revelatory and channeling the intent of these minds has helped me grow as a composer and player.

Try this sometime: turn on Planet Earth, mute your TV, and play a soundtrack for the episode as you’re watching. Let the dynamic environment of each scene take you to a place of quiet calm or intense fear. You’ll be amazed at what comes out, maybe a familiar idea you filed away will emerge again, or maybe a new melody or groove will come to you. If anything, it’s really fun to provide fiddle accompaniment to snakes chasing lizards and sloths chilling on a branch.

I don’t have a set routine when I record or when I take the stage, as those environments are always changing. I do, though, have a special relationship with my case and the process of opening it and taking out my violin and bow. My case is my home-away-from-home and inside I keep a small, personal collection of memories. I find it’s a spiritual experience to unlatch and lift the lid, remove the blanket over my violin, and prepare my heart and mind to play. Those first moments are filled with thoughts and energy, like a prayer, and the respect I show my instrument feels like an abiding friendship when the first notes come so easily.

Early in my career I focused, obsessively, on being the “best” player I could be — the most technical, cleanest, impressive, etc., because I felt those skills would prove to listeners I was “elite.” Time has gone by, life has happened, victories and losses, the ups and downs that come with this profession, then something clicked a couple of years ago. I arrived at a point where I didn’t care about being the “best” anymore (thank god), and a new word replaced that selfish adjective — HONEST. I will always push the limits and challenge boundaries, but now my heart’s desire is to simply be the most honest musician I can be. That’s my mission statement, “In all things, be honest.” That’s it.

There’s no hiding that I’m a bona fide space junkie, completely taken with the cosmos and the notion of leaving earth on the greatest adventures to explore the deep expanse of our universe (I have a tattoo of the Apollo SM, CM, and LM on my right arm). We can’t see beyond blue skies during the day, but we know endless creation is still above us. When night falls and the sky is peeled back, the heavens are once again revealed and we sit and gaze at the mysteries between the stars.

The relationship between mankind and space and music is intrinsically linked because of curiosity and our need to explore. The greatest composers and players continue to seek new heights with their melodies, chords, and expression because that is our nature, journey to the new place. What will beings find on that golden record affixed to Voyager? Bach. Chuck Berry. Blind Willie Johnson. The human voice.

Music11 hours ago
WATCH: Karan Casey, "Sister I Am Here for You"

Music11 hours ago
LISTEN: William Prince, "When You Miss Someone"