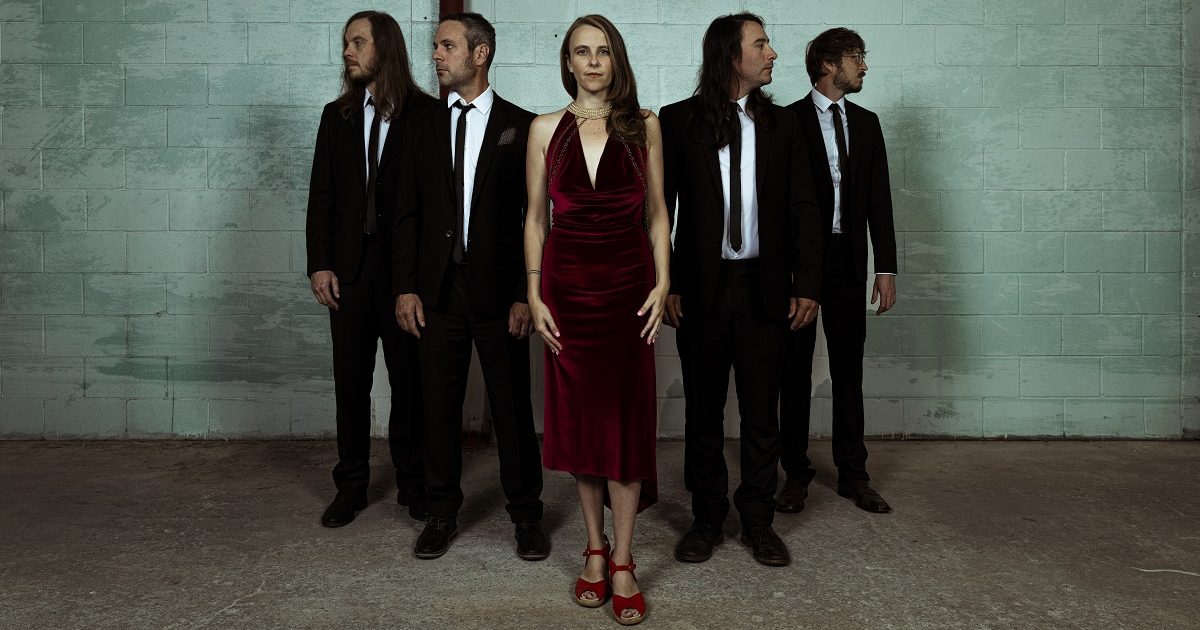 Artist: The Deer (answers by Grace Rowland)
Hometown: San Marcos/Austin, Texas
Latest Album: The Beautiful Undead
Personal nicknames (or rejected band names): We used to be called Grace Park and The Deer, when I was using that stage name and it was more my folk songwriting project. We have many silly names for Noah, our fiddle/mandolinist, including Nugiel and Space Nug. Our guitar player Michael goes by Deenyo.

They don’t always come easy, and the muse is ephemeral, like a Whac-A-Mole. We strike when the iron is hot and write independently as much as we can, but we also have to force ourselves to get together and record every now and then whatever comes to mind, even when in a drought. These “drought” sessions are some of the toughest because they are so open-ended. But a lot of good can come from them — the song “Six-Pointed Star” comes to mind right now. It started as a simple song we made in the woods, but when we took it to the studio we had the worst time trying to make it sound right. We must have made four different versions until we finally hit it, but now it is one of our favorites to play.

For me, it’s often the other way around. I will write from a first-person perspective to make it sound like it’s me, but the person is actually someone else in another body, and the events are imaginary, or real but in another time. In this way I feel like I can transcend time and space lyrically, perhaps to sound a call for mystical encounters that would be otherwise impossible, or to set the stage for events that have yet to happen. One example is the lyricism in “Like Through the Eye,” a billowing romp of a dream that never actually took place, but an experience that I have always envisioned and desired to happen to me. Songs are a way of bringing these things to me. Jesse, however, does this all the time. For instance in our new single “Bellwether,” the original lyrics were “I am falling farther into Me.” As a narcissistic ode to ourselves it served a purpose, but for our greater audience we decided to soften it into a palatable love song.

Bodies of water would be our main way of connecting with nature as a group. We make it a point to visit rivers, oceans, hot springs, and lakes wherever we can, and take in Earth’s most valuable essence, and all the plants and animals they gather around them. In lyrics we often reference the sea and the river, flora and fauna, and interspecies relationships, because they reflect the cosmological order that governs our bodies and our feelings. Our complex emotions can be understood better when we zoom out and realize that we are not only driven by this order, but a vital part of it.

I was really into musicals as a kid, watching VHS tapes for hours on end and learning every song. My first concert was Lilith Fair in 1997. I was 12, and it was life-changing. However, my decision to actually pursue music as a career didn’t come until my early 20s, when I met a large swath of working musicians at Kerrville Folk Festival in 2006. Seeing so many people my age who were writing their own songs and touring independently, traveling with freedom and spreading their art, was enough to set my intent upon making that dream real.

Whether we got started later or earlier in life, as a group the media we consumed as kids was probably 100% responsible for illustrating an applied use for the gifts we knew we possessed. MTV (back when they played music videos), the Grammys, Saturday Night Live, the Super Bowl halftime show, and yes, even church — these mainstream outlets showed us at an early age what it looked like when someone was giving it their all to entertain their community, and the world. It was enough to inspire each of us to hone our skills, and bring our talent to people on our own scale.