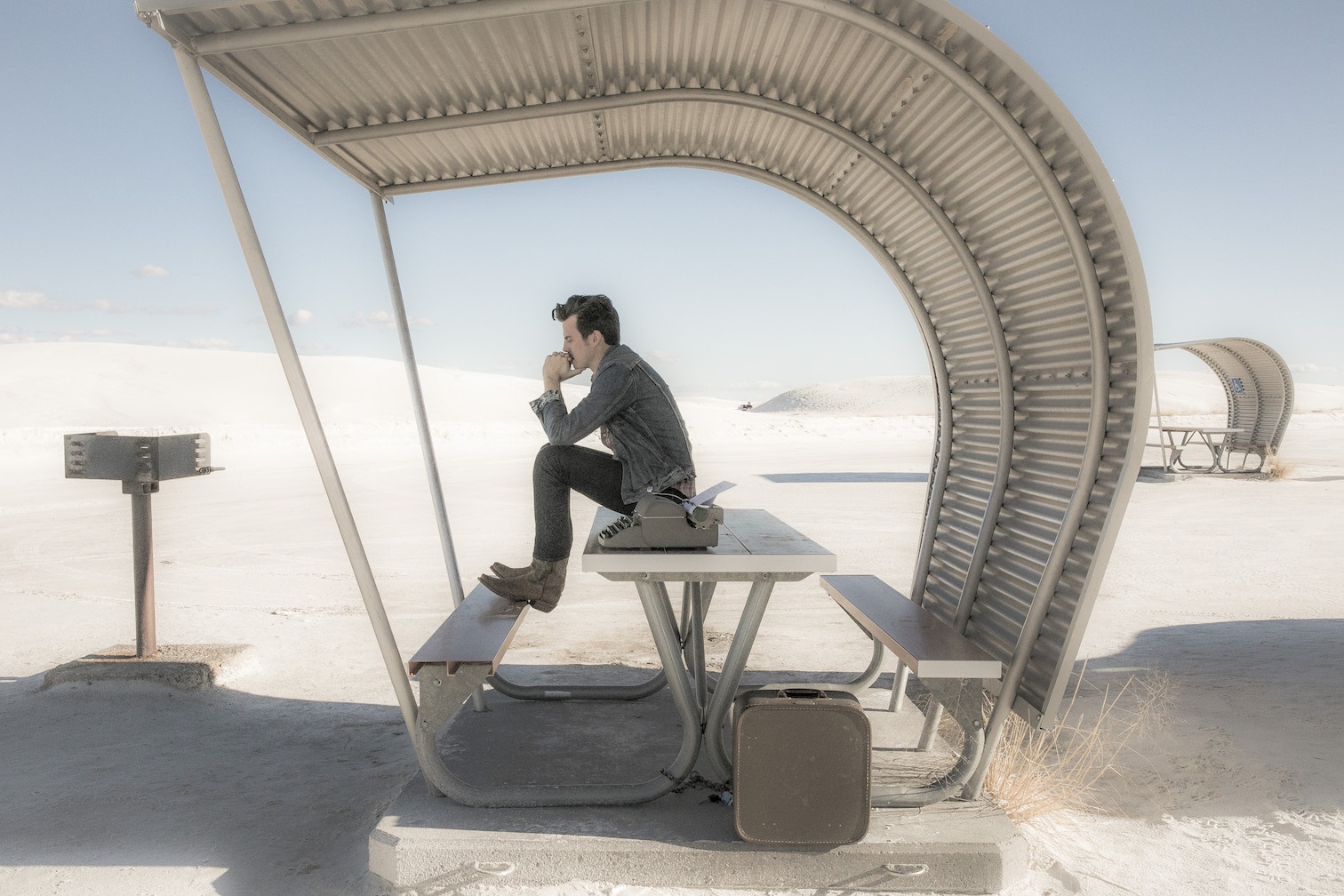 One night I was playing in Stockholm, Sweden, at a club in the oldest part of the city called Gamla Stan. The building was about 500 years old and the stage was in a little alcove with a few tunnels. It was winter and snowing heavily.

In the middle of the set an old Swedish guy in an overcoat was hanging around an alcove on the side of the stage. We were playing a blues tune and he jumped on stage and produced a harmonica and started to play a solo. We laughed and rolled along with it as he blew over a few choruses. The song ended, and the crowd erupted in applause and laughter. He said something to me in Swedish I didn’t understand, jumped off the stage and walked out into the cold Stockholm night.

I assumed that he was a friend of one of the other bands, but after the gig we realized neither the bands nor crowd had a clue who the man was. He just walked through the club with a harmonica in the right key, had a moment in the spotlight and left never to be heard from again. It was incredible. Often the best parts of gigs are the parts you don’t plan.

As a songwriter, I look for inspiration in all types of art forms – not just music. Anything can spark an idea for a song if you know where to look. The new album, Oppenheimer Blues, started while I was in New Mexico working on a TV pilot for CBS, and films became a constant frame of reference during the writing and recording of the album. I watch a film nearly every day. When I’m writing, sometimes a character can start off in a song and end up in a screenplay I’m writing – or vice versa. There isn’t much difference between the rhythm of a song and the rhythm of a script.

Since this record was born on a New Mexico film set, and this is a 5+5 piece, here are five films that inspired Oppenheimer Blues:

Hiroshima Mon Amour
Dr. Strangelove: Or How I Learned to Stop Worrying and Love the Bomb
Ace in the Hole
Night of the Hunter
Paris, Texas

There is craft in songwriting, but craft only gets you so far. Sometimes a song just takes time and you must give it space to grow. If a song doesn’t work, I don’t beat my head against the wall trying to make it. Instead, I try to find an oblique approach to coax it out of the ground.

The song on Oppenheimer Blues that was the trickiest to finish was “Lincoln County Oracle.” The song was inspired by the Oracle at Delphi from Greek history. A young woman would be selected to live in a cave, dance herself into a reverie and decide things of cultural, spiritual and political importance. I thought it would be great to put her into a 21st century trailer park in New Mexico. I had the tune but couldn’t get the verses to work, so I decided to write a screenplay for a short film based around the character. It took a little while but after finishing the script I was able to go back and complete the song.

Oppenheimer Blues sprouted out of the New Mexico desert. I spend a lot of time camping and hiking out in the desert. Sitting under the stars on an ocean of dirt is a great place to do some writing. There’s a reason painters like Georgia O’Keeffe have been coming to the New Mexican desert for a century or more – there’s simply no place like it.

I often ran the trails on Sandia Mountain in Albuquerque and in the Jemez Mountains outside of Los Alamos while writing the record. We shot the music videos for the album on the Rio Grande Gorge in Taos, the Galisteo Basin outside Santa Fe and the White Sands National Monument in Alamogordo. Each place has its own unique look. It’s hard to explain to friends from the East Coast how compelling dirt and rocks can be to look at. But if you hang around long enough in the desert, you begin to notice that none of it looks alike and every sunset is more incredible than the last.

I don’t mind having characters in my songs. If every song was autobiographical, then we would only have songs about writing songs (which I acknowledge is a popular subgenre in some corners of Nashville). Songs can have elements of yourself as well as characters that give you freedom to explore scenarios you could never in real life.

The opening track on Oppenheimer Blues is a song called “Where Shadows Grow.” It’s written from the perspective of a murderer who is driving across the desert. A friend of mine wanted a title song for a film he was making, so I gladly put on the black hat for that track. Unfortunately, the movie never got finished but I got a great song out of it. And honestly, it’s just more fun playing the bad guy sometimes.