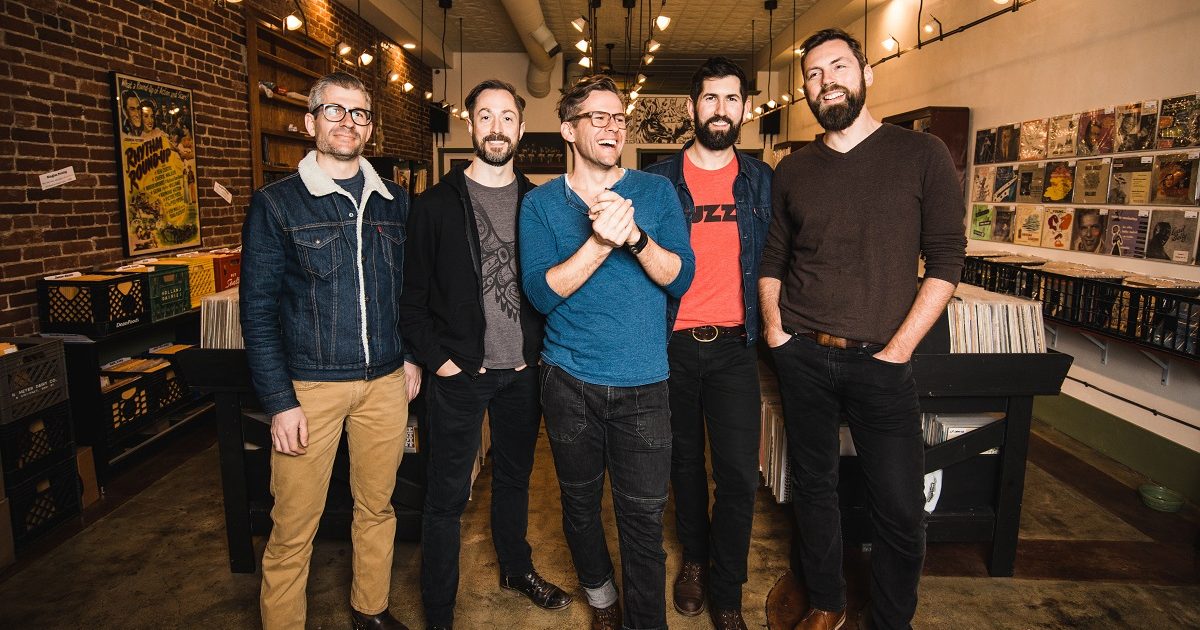 I remember a festival finale performance of “The Weight” in northern Alberta where we were thrust (last minute) into leading the song. Isn’t “The Weight” some sort of Canadian anthem? I don’t know, we felt a little like impostors, but it became even more hilarious when a whole bunch of volunteers and other musicians hopped on stage and we were given conflicting accounts of who was singing what verses. In the end Michael Franti surprised us by appearing on the drum kit and singing a verse that included a little change of lyrics name-checking the festival. It was memorable.

When I was about 9 years old, I played Duffy the Fluffy in a small church Christmas play called Baa, Baa, Bethlehem. I slicked my hair back and wore sunglasses and sang a song that went, “Duffy the Fluffy is who I’m gonna be, come to the city you’ll be waiting to see me.” And the rest of the sheep sang, “Get a job, baa baa baa, baa, baa baa baa baa baa.” But I had a guitar strapped around my neck and I sang with confidence. Wait, maybe THAT was my favorite memory from being on stage!

In the studio, I always tape a sheet of paper on the wall with the title of each song we are recording. On that paper, we keep a running list of notes, ideas, or whatever that song still needs. It’s helpful to have a visual representation of notes, and when things are dragging along, there’s a sense of accomplishment to crossing off each note. When the song is finished, it’s ceremoniously taped on a different wall.

I try to ride bike everyday. Recently, I’ve been most excited about gravel road rides, a bit easier than mountain biking, but with a similar feeling of distance from civilization. I love the way riding a bike gives you respect for a mountain. The bicycle also turns you into a different kind of an animal. Sometimes a mule, sometimes a bird, but I usually feel transformed after a good bike ride. And the whole process, of getting away, being in nature, and riding is a great reset for my creativity. I live in the Shenandoah Valley and the beauty of the landscape finds a way into my writing all the time. There is a reason that rivers and mountains are cliché metaphors, because there is an undeniable depth and power to them.

It seems like I should say I’d eat a fistful of cigarettes and a barrel of red wine and listen to Tom Waits and Leonard Cohen, but I can’t think of a better pairing than Brandi Carlile and some wild-caught salmon. There are musicians that garner praise from critics and others that have an easy-listening popular songs for the masses, but very few thread the needle like Brandi Carlile. She might be the only music my wife, 16-year-old daughter, and I can all passionately agree on. You know how salmon looks like it’s just a layer of pure pink muscle? Brandi’s songs are all muscle.